Twang on the Mountain

While the Avett Brothers have relished the success of their major-label hit, 2009’s I and Love and You, bassist Bob Crawford says the trio will always uphold core principles: honesty in songwriting, devotion to family, and a passion for playing at music festivals.

One festival in particular—the three-day Sixth Annual Mountain Jam at Hunter Mountain—has them pretty ecstatic. “We’re psyched to be playing there,” says Crawford. “Michael Franti, Les Claypool—people will sample different flavors and everyone does their own thing.”

“I think he just gets it,” said Crawford of Rubin in an interview last year. “What little bit of music you can have to support the words, he sees the same thing that he saw in Johnny Cash…honest American music.

“The key to our songwriting is that each word holds weight,” insists Crawford. “Just call it an economy of words. We know what each song should be.”

For the Brothers, confidence is an essential ingredient to making things work—in their personal lives as well as professional. All three are married, with Scott and Crawford each fathering a young daughter.

Admittedly, the distance from family has put a smidgeon of sadness on their otherwise terrific world tour. “We’re not home enough,” says Crawford. “The fans are great, but touring sometimes takes its toll and we miss our families.”

So how about a social life?

“It’s pretty low-key,” says Crawford, who admits to favoring healthy diet and exercise over typical rock ’n’ roll excess. “We don’t have a problem partying occasionally, but we’ve seen what other bands do and we’ve made our own mistakes. Three years ago we started to calm down and take care of ourselves.”

Though the band clearly yearns for the comfort of the Carolinas, they don’t often hesitate to find homes away from home—one of which has been upstate New York. From gigs in Poughkeepsie to Woodstock to Ithaca, the Brothers take solace in the New York crowds that, Crawford says, show as much love as the ones down south.

“We’ve always been embraced here,” he says. “There were the Grass Roots festivals, the Blue Heron festivals, gigs at Cornell. Everyone is alike and shows the same enthusiasm.”

That enthusiasm, says Crawford, is much of the band looks forward to at Mountain Jam—an event to be filled with veteran superstars such as Levon Helm, Derek Trucks, and Alison Krauss, as well as buzz-worthy newbies such as Van Ghost, These United States, and The McLovins.

Still, the notion of making it big might be forever lost on the Avett Brothers.

“We see a friend on the street and he’s like, ‘You’ve made it,’ but we never feel it,” says Crawford. “What have we made? For us, it’s always about what’s next.”

Mountain Jam will be held at Hunter Mountain June 4 through June 6. www.mountainjam.com. 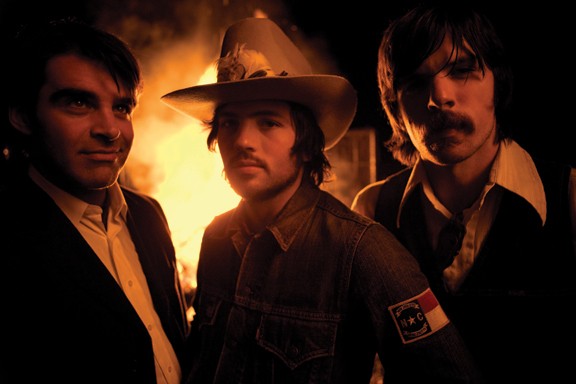