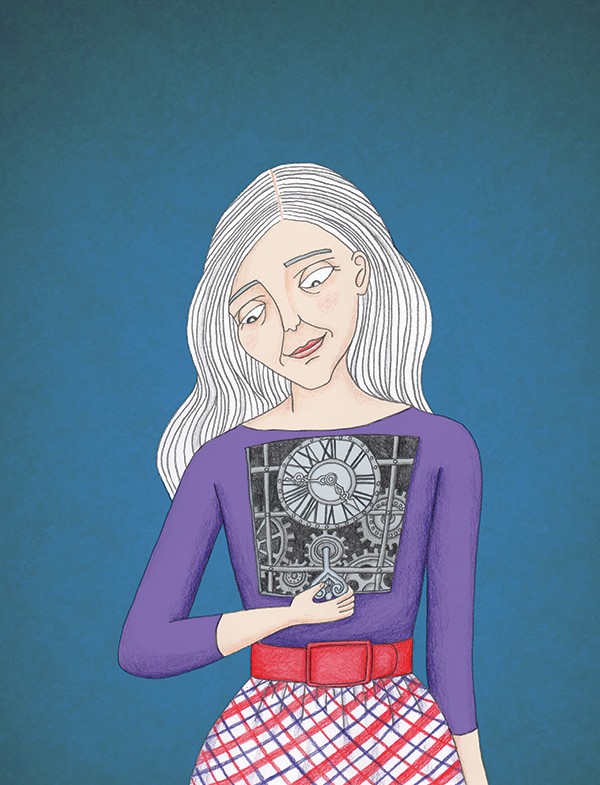 Naturally—or unnaturally, as the case may be—the anti-aging movement has attracted its share of controversy. While the field's championing of preventive measures, like regular exercise and a healthy diet, is unassailable, its promotion of BHT, along with so-called youth-restoring nutraceuticals like adrenal extracts and red yeast rice, hasn't earned widespread acceptance by the larger medical establishment. Many doctors hesitate to jump on the anti-aging train because the field has precious little clinical data behind it. Bio-identical hormones are a case in point: Since they're formulated by small compounding pharmacies rather than by the large pharmaceutical corporations, Big Pharma has no reason to invest millions of dollars into their research and development. And since small compounding pharmacies don't (as of yet) fall under FDA jurisdiction, the BHT products they produce are of varying quality; some experts say women are risking their health by taking them.

"There's a cohort of people who suggest that bio-identicals are safer than the pharmaceutical-brand estrogen and progesterone, but there are very little data to support that," says Amy Novatt, MD, an OB-GYN with Mid-Hudson Medical Group in Rhinebeck and Kingston. "The idea that they are risk free, I don't agree with that. I think they have the same potential risks as synthetic hormones. Not because I know that for sure, but because I don't know—there aren't enough data yet." Novatt does prescribe the hormones, both synthetic and bio-identical, with a few caveats. "I think they're a wonderful option for women who are really struggling, and who might have tried other approaches without success. But they're not something that should be given across the board to all women. They're not the panacea for aging. They should be used with caution like any other medication."

The Hormone Doctor Will See You Now

Govind Gill, MD, an endocrinologist who practices anti-aging medicine in Poughkeepsie, and who prescribes bio-identical hormones to youth-seeking patients, thinks differently. "Gynecologists have a very myopic view of hormones. They think hormones are for the uterus, for reproduction, and that's it. I call it a utero-centric view. But we have estrogen receptors in the brain, the bones, the skin, the heart," says Gill. "The paradigm used to be that our hormones are coming down because we are aging. That paradigm is reversed now. We now believe we are aging because the hormones are coming down. If you believe this paradigm, then the obvious question is, by replacing the hormones can you prevent the aging or slow it down?" A lack of clinical data for BHT doesn't deter Gill. "You have to define what is evidence-based medicine. As far as the pharmaceutical industry is concerned, their definition of evidence is a $91 million randomized, placebo-controlled study. I'm a biochemist by training and by practice. To me, evidence is based on biochemical pathways. If I can understand by a biochemical pathway that this is working, I don't need a $91 million study."

Anti-aging medicine might be new in health care, but researchers have been looking into it since at least the 1970s. On a cellular level, what they've found is that aging happens with a decrease in the length of the telomeres—the compound structures at the end of a cell's DNA. During a cell's lifelong cycle of replicating and regenerating, it eventually starts to make errors; ultimately, the cell goes into senescence and breaks down. Hormones, among other things like anti-inflammatories and antioxidants, are one of several factors that some researchers believe can help prevent this cellular breakdown. So by restoring hormone levels back to the youthful state, can we bring back youth? "Well, not exactly," says Gill. "But we can sort of mimic the effects we had in the youthful years when the hormones were raging." Along with women, Gill treats men who are nostalgic for those hormone-raging days. "Men are as much interested as women in increasing their youthfulness, vitality, performance, and so forth. Men need testosterone and women need estrogen, though we each have the other's hormones and we need both." Like Viagra, bio-identical testosterone therapy can increase libido and virility, but it works differently than a pharmaceutical drug. Anti-aging doctors say that it's more of a natural fit, making use of the hormones' lock-and-key cellular mechanism.

In Defense of the Wisdom Years

Susun Weed, herbalist and director of the Wise Woman Center in Saugerties, has been writing and speaking about aging—particularly women's aging—since before 1992, when she wrote New Menopausal Years: The Wise Woman Way (Ash Tree Publishing). Her teachings are all about staying fit, hale, and healthy at every stage of life, but she is not anti-aging. She's pro. "If you eat well and have vigorous exercise in your life, you will live longer, and if you live longer, you will get old," says Weed. "Getting old is the reward. I think what we need is different adjectives. Excitingly old. Deliciously old. Stunningly old. Sexily old." Naturalists like Weed don't agree that rubbing on a transdermal cream, taking a sublingual pill, or injecting a hormone are the right ways to intervene in the body's sunset years. For menopausal women, she offers a gardenful of herbal remedies—such as motherwort tincture, nettle and oat straw infusions, and vitex tincture—to counteract the hot flashes, brain fog, and other difficult symptoms. "I've been telling women for over 20 years that bio-identical hormones are even worse than synthetic hormones," says Weed. "These are experiments on women, and no one is tabulating the results."

Yet it's not about sitting back and doing nothing while you slowly grow decrepit. It's about being proactive. "I think it's wise for us to not want to be senile or debilitated," says Weed. "There are preventive things that we can all do to help us be vigorously healthy at any age. You can take steps—and when I say steps, I literally mean steps." Weed, who is nearing 70, loves her Fitbit—a pedometer that runs on Wii technology. Her goal is 6,000 steps a day. Weed is also an outspoken proponent of herbal infusions made with plants like nettle and red clover, lavish with vitamins and minerals; she claims that drinking a quart a day can not only prevent many age-related diseases but also even reverse longstanding conditions like diabetes and osteoporosis. Without any clinical data to support this, she points to an online community, the Wise Woman Forum, for anecdotal evidence. But perhaps her juiciest advice centers around sexual health: "Did you know that the clitoris is the only part of the human body that never ages? So if you're looking for anti-aging, it is literally at your fingertips, ladies." Weed prescribes seven orgasms a week for all women. "You do that, and your body will make all the hormones it needs. You are never too old for this therapy, and it's free!"