Turn Once More to Sunday's Clown 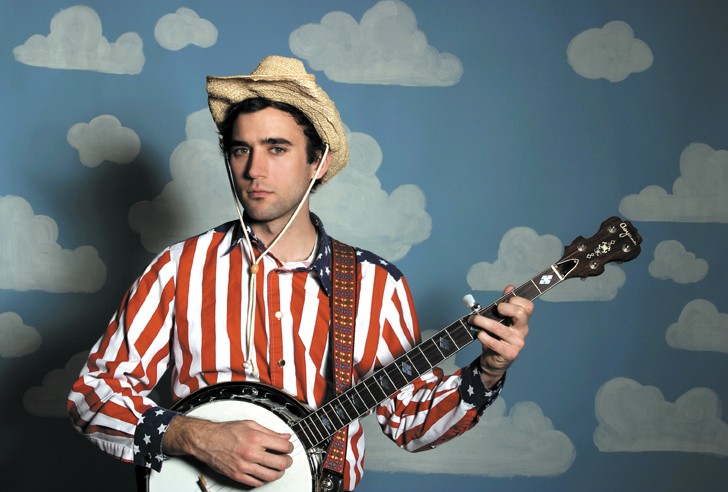 As Chronogram’s June issue spelled out with glorious, two-page fanfare, the summer’s many concert festivals add up to a rich and endlessly diverse bounty for local music lovers and those from beyond the region. As it gears up for its second run in the open-air season’s finishing slot at Kutsher’s Country Club in Monticello, All Tomorrow’s Parties New York (September 11 to 13) is a relative newcomer to the outdoor music field. But with its less commercial, vehemently indie stance and taste-making, artist-curated roster the upstart ATP is, arguably, the hippest music festival this side of Europe.

Launched first in England in 2000 by promoter Barry Hogan as an alternative to the prevailing more profit-oriented festivals, ATP has as its central concept that each year a different artist or band will help set the tone by stocking the bill with some favorite fellow performers. (2008’s event was programmed by the reunited My Bloody Valentine; previous curators include Sonic Youth’s Thurston Moore, “The Simpsons” creator Matt Groening, the Shins, Portishead, Mudhoney, Modest Mouse, the Mars Volta, actor/filmmaker/musician Vincent Gallo, and others.) Handpicking this year’s installment are certified alt-rock gods the Flaming Lips, who will play the final night and have tapped to appear such likewise stellar names as Sufjan Stevens, Animal Collective, Iron & Wine, Panda Bear, Melvins, Akron/Family, Shellac, Black Dice, the reactivated Jesus Lizard, Boss Hog, and others for a roster that stretches to more than 30 acts.

“ATP is phenomenal on many levels,” says vocalist Cristina Martinez, who leads punk-blues unit Boss Hog, a quintet that also includes her husband, Blues Explosion main man Jon Spencer. “The concept of having a band curate each festival is sheer brilliance, provided you like that band of course, which I generally have.”

Another of ATP’s brand components is its Don’t Look Back segments, which see selected artists playing one of their classic and influential albums in its entirety. This installment’s schedule presents the Feelies performing Crazy Rhythms, the Dirty Three performing Ocean Songs, the Boredoms performing Boadrum, the Drones performing Wait Long By the River and the Bodies of Your Enemies Will Float By, and groundbreaking duo Suicide executing its self-titled 1977 debut. Further diversions include live sets by cutting-edge DJs, an on-site nightclub, several bars, and food and merchandise vendors. And with a comedy stage curated by notoriously provocative funnyman David Cross it’s safe to say the Borscht Belt-era Kutsher’s won’t have heard as many off-color yuks since the days of Shecky Greene. For an additional fee, festival-goers can also take advantage of the 400-room resort’s Jet Age accommodations, which also include a golf course, a health and fitness club, and an outdoor pool. And how’s this for a clincher: According to legend the site was also the inspiration for the setting of the 1987 Patrick Swayze blockbuster Dirty Dancing.