Courageous and gallant men have passed through these portals.

So reads an inscription above a doorway looking over the quad on the campus of the New York Military Academy, a college preparatory school for day and boarding students in grades 7 through 12 in Cornwall-on-Hudson. Inside that doorway in the administration building, one will find halls covered with black-and-white photos of notable alumni since the academy’s founding in 1889 by Charles Jefferson Wright, a Civil War veteran and school teacher. Those same doorways opened to women in 1975, when the institution became coeducational.

As grand and long as the history may be, something may still feel amiss during a visit. It’s somewhat jarring to see the property, given its close proximity to prestigious West Point and with wealthy alumni like Donald Trump. It feels a bit like a ghost town. On a typical afternoon, you may only encounter half a dozen students on their way in from athletics practice on the entire 140-acre campus. Some dormitory buildings are completely vacant, and the current boys’ dorms appear worn on the exterior, paint flaking from years of inattention. A 30-stall equine facility sits vacant in disuse, except for the storage it was being used for. A huge girls’ dorm is occupied by only eight students.

Still, upon closer inspection, you’ll see that these are the very things Major Jeffrey Coverdale, the interim superintendent who took the reins just this past July, is adamant about changing. He and a new administration team are preparing to take the academy from the brink of closure and overhaul it, inside and out.

A Second Life
Just this past May, The New York Times reported that the NYMA was facing indefinite closure after years of financial troubles. The school needed at least $7 million to turn things around and keep its doors open. The situation was so dire that the academy’s director of admissions had to place calls to parents of cadets and help them find alternate placements for their children in the upcoming academic year.

Among other issues, including low enrollment and the economic climate, the article pointed a finger at NYMA alumni for a share of the financial troubles. “Still, the most galling and perhaps damning thing for NYMA is that its own alumni have never been loyal financial supporters,” the story stated. It’s a point that vexes Coverdale. After all, it was actually the alumni who were mostly responsible for finding the means to save the school from closure by bringing investors to the plate, who have helped set the school on a more sustainable track and have provided the financial resources to start revamping the campus and the curriculum.

“Too many times it was said that the alumni didn’t support the academy but I really feel like we didn’t get the alumni involved in the school enough,” says Coverdale. In the past, Coverdale believes NYMA didn’t work well enough with its alumni to keep the legacy of the school going. It’s not about just consistently asking them for their money—it’s about showing them that the school is changing with the times to focus on quality education and involving them so they understand the changes that are needed in the programs to make the school successful. “I remember we had a contingent go down and ask [alumni] Donald Trump about supporting the school and one of the statements he made was that he felt that military schools were obsolete, or something to that effect,” says Coverdale. “And he was part right. If you stay in the old mold of the military schools, then you’re going to become obsolete. Military schools are just as valid today as they were yesterday, but you have to change some components of them.”

Major Changes
One of the most critical roadblocks for the academy’s growth has been the notion that NYMA and other institutions of its kind are depositories for troublemaking teens. Coverdale recalls many instances when the academy has had a booth at education fairs and parents will walk by with their kids, threatening that that’s where they’ll end up if they don’t straighten up their act. “If you don’t have your act together you’re not coming to school here,” Coverdale says. “A troubled kid for us isn’t working up to expectations in the classroom or isn’t turning in homework on time; these are troubled kids for us. The old days of getting in trouble with the law and being suspended from school—those kids can’t come to school here.”

If there’s one thing that the NYMA wants to stress, it’s this selectivity and their new approach to achieving academic excellence. Coverdale says that the position of the school isn’t like it used to be, where the only competition was other military schools. Now, every other school is a competitor. And he wants NYMA to be as good—and better—than them.

A fresh focus has been placed on learning with the hiring of a new dean of academics, Evan Jones, and the changes are significant. For one, honors level courses have been made the standard. Though they don’t bear the AP label, Alisa Southwell, the director of admissions, says that all students are taught at that level and have the opportunity to take and pass the AP exams for college credit. In conjunction with an International Baccalaureate program, NYMA also just introduced the “tracks of intention,” a program that provides an academic pathway for cadets to explore the subjects they’re interested in studying in college. Tracks include those dedicated to classical college prep, international diplomacy, a service academy, and others. In addition to a rotating schedule of classes, athletics, and military customs like formation and reveille, students will also be participating in new exploratory programs held on and off campus one Saturday each month. Called co-curricular discovery programs, they offer students hands-on opportunities to explore history, culture, science, and other subjects in the surrounding area.

All these changes were drafted just recently and put into effect with the goal of realizing a new level of academic excellence at NYMA. “If we say we’re a college prep school we really want to prove that we’re offering our cadets everything to best equip them for college,” says Southwell. “We really researched what we were offering and what we could offer on top of that. Our new dean of academics has worked with several schools in the past and has set up very productive ways of enhancing what we have.”

But academics are just the beginning. Coverdale, during a tour of the campus, lists all the improvements he intends or has already begun to make. In the cafeteria, he points out that cadets and their advisors now meet for lunch every Thursday in the hopes that it will encourage more interaction and accessibility. At the dorms, he mentions a renovation project that was implemented costing hundreds of thousands of dollar to initiate, and points out that the flaking exterior paint is in the process of being fixed. In the fitness center, he talks of new Nautilus fitness systems and a new floor that will be installed by an alumni with a flooring business—and example of how money is not the only way an alumni can support the school. He passes the empty stable and talks of organizing an equestrian troop—it’s already in the works.

Academy Assets
Most of the changes can be chalked up to one primary goal—to increase enrollment. NYMA currently has only 60 cadets, down from 145 during last spring, before the threat of suspended operations cost them a big portion of their student population. But aside from changing or enhancing the marketing strategy of the academy, Coverdale says the most valuable asset for winning new cadets are the current cadets themselves.
The maxim that a cadet will not lie, cheat, or steal and will not tolerate those who do is taken to heart. Coverdale calls it a counterculture. They’re given an honor code and asked to be responsible for themselves and to be role models for others. Instead of being in an environment where drinking or skipping classes is the norm, cadets are surrounded by peers who are training for multiple sports, waking before six am for physical training, and immersing themselves in their education. The academy calls these kids “intentional learners.”
“The kids are our best teachers,” says Coverdale. “I teach an ethics class, but that’s not where they learn that a cadet will not lie, cheat, or steal. They learn that from their fellow cadets.” 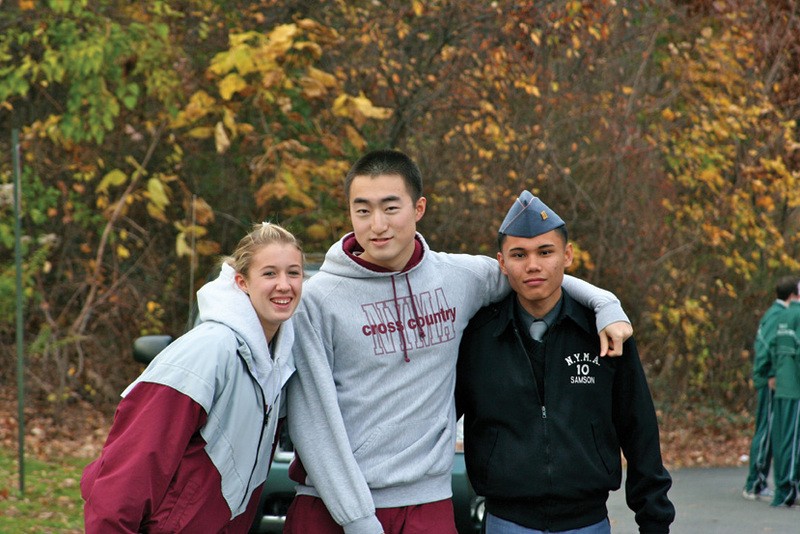 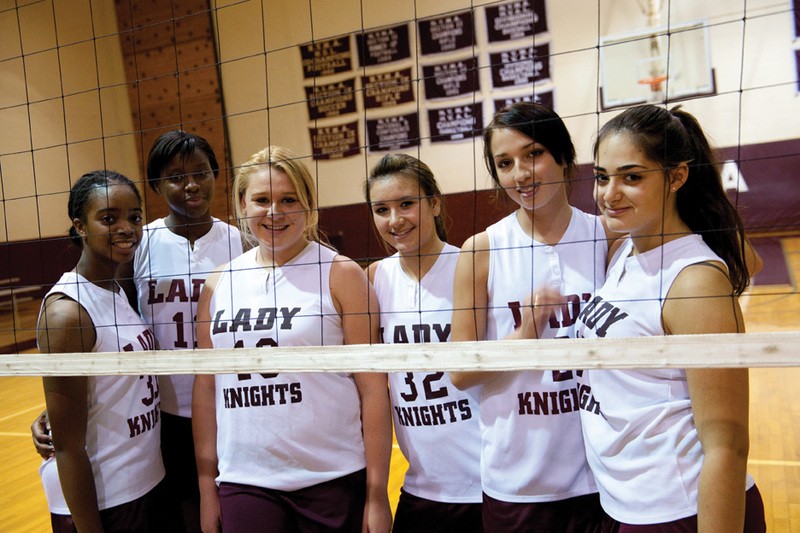