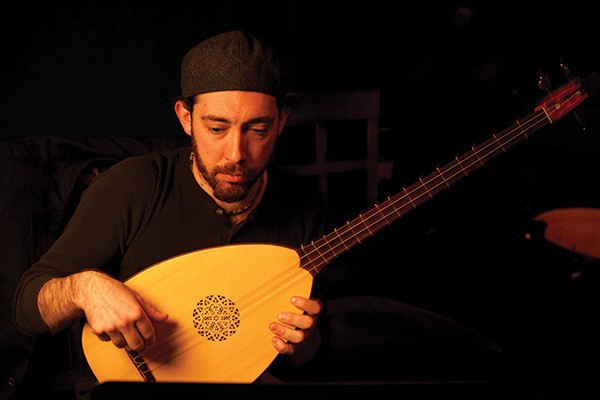 Compared to those of Italy and Germany, the number of French baroque composers is surprisingly scant. In fact, it could be said that in 15th-century France the style was basically monopolized by one figure: the Italian-born Jean-Baptiste Lully (1632-1687). A naturalized subject of King Louis XIV, Lully shrewdly asserted his influence over the country’s music scene by buying up the theaters at which only his music would be played and even convincing the king to legally limit the quantity of singers and instrumentalists who could work with rival Parisian theater troupes. And though, ironically, none of Lully’s own music is slated to be performed during “An Afternoon of Early French Baroque Masterpieces,” the final installment of this year’s Shandelee Music Festival Concert Series at Bethel Woods Center for the Arts, he’s connected to the program, nonetheless: The November 10 event promises works by, among others, Lully’s student Marin Marais (1656-1728) and father-in-law Michel Lambert (1610-1696).

Among the afternoon’s works will be several by Marais disciple Charles Dollé (1735-1755) and Antoine Forqueray (1671-1745). Forqueray was himself a master of the viola da gamba (also called the viol or viole), which differs in construction from the violin in that it has a flat, rather than curved, back; sloped, rather than squarely rounded, shoulders; c-holes, rather than f-holes; and six, rather than four, strings. “For me, the viol’s sound, the history, and repertoire offer an escape to another time, while simultaneously offering much wisdom to the bustling 21st century,” says Arceci about the instrument, which initially appeared in the mid to late 15th century and was most popular during the Renaissance and Baroque eras. “It’s unique because there’s no ‘modern’ equivalent; it’s not the precursor to the cello, nor is it the true precursor to the double bass—but that’s another conversation!”

A composer and scholar as well as a musician, Arceci performs regularly on the viola da gamba, violone, and double bass throughout North America, Europe, and Asia. In the US he has collaborated with the Washington Bach Consort, Tempesta di Mare, Harmonious Blacksmith, and other groups. In addition to performing and composing, he has presided at several international musicology conferences.

“An Afternoon of Early French Baroque Masterpieces” will take place on November 10 at 3pm in the Event Gallery at Bethel Woods Center for the Arts in Bethel. Tickets are $25 ($10 for students). (866) 781-2922; Bethelwoodscenter.org.