Too Tough to Die: Richie Ramone on His New Autobiography 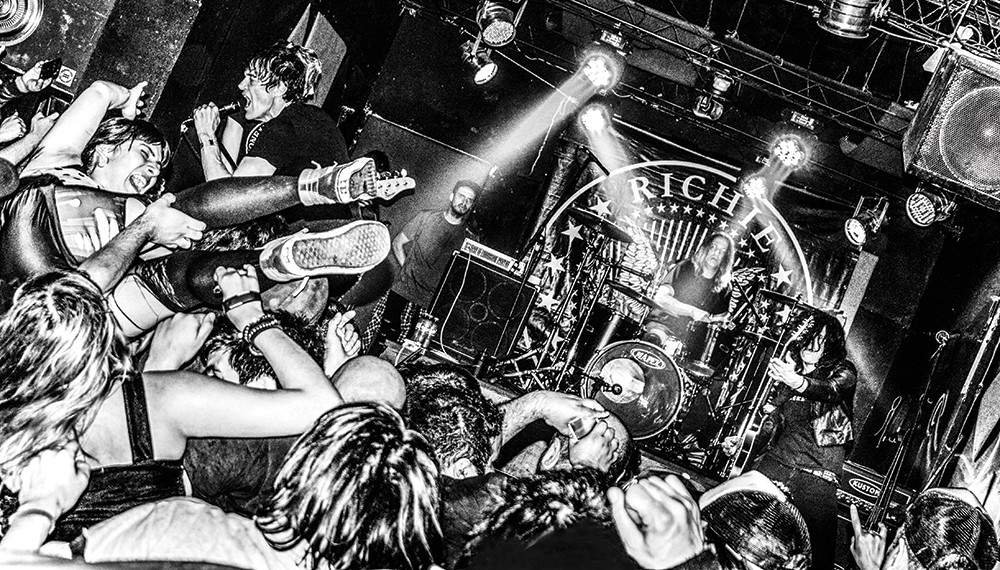 The drummer was a 26-year-old New Jersey kid named Richard Reinhardt who'd drifted through a series of cover bands and never-quite-made-it acts before joining the world's most famous punk rock band in 1982—and immediately brought some much-needed fire back to the group. Although the Queens quartet had been instrumental in launching the punk explosion not long after they formed in 1974, by the dawn of the 1980s their music had begun slipping. There'd been some patchy albums, second drummer Marky Ramone wasn't holding up his end and was let go, and in came Richie to record their ferocious return to form, 1984's Too Tough to Die. He'd make two more studio albums with the Ramones, 1986's Animal Boy and 1987's Halfway to Sanity (for which he'd sing back-up vocals and pen such songs as "Somebody Put Something in My Drink," one of the group's greatest), and play nearly 500 shows with them before abruptly leaving in 1987. Marky would return for the remainder of the group's career, but Richie, an incredible musician who'd essentially saved the band, dropped off the map. Few knew where he'd come from or where he'd gone to; even his ex-bandmates would barely acknowledge he'd existed. But wherever he was, he clearly had a story to tell. And, as fate would have it, I, Chronogram's arts editor, would come to help him tell it, as the coauthor of his newly published autobiography, I Know Better Now.

"I chased off the idea [of writing a book] a few times, I really had no interest," he tells me about the queries made to the two of us about the project from a literary agent in the winter of 2017. "I thought, 'Okay, maybe, but not now. Later on, after I'm not playing anymore, and I can just put my feet up.' Like On Golden Pond or something. [Laughs.] But then people around me convinced me and I thought about it some more and I figured I should strike while the iron was hot, with so many more people wanting to know about the Ramones these days. Another reason I didn't want to do it at first was 'cuz there were already all these other books out about the Ramones and they're mostly the same stuff, about all the fighting [between band members] and all that. I didn't want [the book] to turn into that. But since you grew up in the same place as me [Northern New Jersey] and you knew a lot about the band, I could tell it was a good fit."

Writing the book took a full year. During that time, in addition to touring heavily with his band, Richie and his girlfriend lost their home and many of their possessions to one of the California wildfires and his father passed away. Throughout the process, what became increasingly clear was that Richie is one of rock 'n' roll's true survivors, a vital figure who's seen it all, had his peaks and valleys, done what he had to do to get by, played in one of the greatest bands of all time, and is still rocking hard today. Working on the book together was a new adventure for us both, one completely unlike anything either of us had done before; Richie telling his amazing life story in full for the first time, and me allowing that story to pass through me and onto the page—while staying out of the way as much as possible. It's Richie's story, and my chief aim was to make sure that that story was always being told in his voice.

"People tell me [reading the book] is like sitting in a bar and sharing a beer with me while they listen to me talk, which is awesome," says the drummer. "The Thanksgiving before my dad died, I read the first four chapters to my family when we were sitting around the table after dinner. That was...pretty emotional."

For this humble writer and fan, hearing that means more than anything.

In this excerpt, it's early 1983 and the Ramones have just returned to the East Coast from Los Angeles, where they shot a video for the song "Psycho Therapy," and Richie's about to play his first concert with the band.