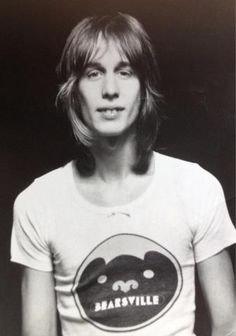 Hard to believe it’s been a couple of years since one-time Woodstock resident Todd Rundgren was in our region, but it’s true. The drought is over, though, Todd heads, as the wizard and true star himself is coming to the Calvin Theater in Northampton, Massachusetts, on December 12.

Few figures in rock music fit the term “renaissance man” as well as Rundgren, who in addition to his hit-making career as a singer-songwriter and multi-instrumentalist has enjoyed huge success as a producer, music video pioneer, and computer software developer, and interactive artist. He hit the music scene as a member of Philadelphia psych rockers Nazz before launching his ongoing solo career at the dawn of the 1970s. His third solo album, 1972’s Something/Anything?, included the hits “Hello, It’s Me” (a redone Nazz tune) and “I Saw the Light”; his later signature singles include “Time Heals” (1981) and “Bang on the Drum” (1982). Rundgren also intermittently leads the band Utopia, and as a producer and studio engineer he’s produced and worked on notable albums by Grand Funk Railroad, Meat Loaf, The Band, Patti Smith, the New York Dolls, XTC, Hall and Oates, and Badfinger.