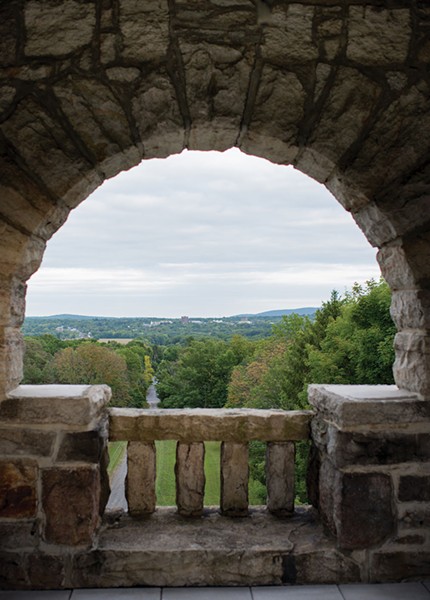 New Paltz is iconic. From Key West to Nome, from Berkeley to London, you're likely to run into people who know the place. Heck, you may even see a P&G's T-shirt. "Ah, yeah, New Paltz," your new friend will say with a smile. "Back in the day..."

But this is something of a paradox, because the odds are good that the current crop of young folk inhabiting the town will be saying "back in the day" about 2016 as they bump glasses with new friends in far-flung locales 20 years hence. New Paltz is timeless and constantly evolving.

So let's start with a good time to visit, which is anytime, but particularly now. "Fall is a peak time of year, with the foliage changing, and the dry hot summer we've had should make for radiant colors," says Kathy Combs, head of the New Paltz Chamber of Commerce. "Minnewaska State Park and Mohonk Preserve are booming; the BnBs are booked solid." (Don't fret, you'll find lodging in nearby towns easily enough.)

That fabulous backdrop made up of the park and the preserve are a big part of the New Paltz wow factor. The Shawangunks are world-class climbing, jewel-toned lakes and miles of carriage roads; many a young collegian has fallen so hard for the Gunks that they've decided this was forever home. Being a smart bunch, New Paltzians are versed in the ways of open space preservation and blessed with organizations that work hard at it: the Mohonk Preserve, already large, has recently firmed up plans for its Foothills Project, adding 837 acres of farmland, marsh, and historic structure. There's a trail connectivity plan and some low-key visitors' amenities are in the works; construction is slated to begin next year.

Then there's downtown. Ah, downtown: fabulous pub crawls (live music fills the streets from three or four places on any given weekend evening), quirky indie retailers peddling everything from tie dye and skater gear to art, antiques, imports and fine jewelry. "Every single storefront downtown on Main Street is occupied and people are thriving," says Combs. "Our business people are comfortable and that makes for a really welcoming atmosphere."

With, of course, plenty to eat. Restaurants, bakeries, tea rooms, and classic pubs offer a world atlas of cuisine, much of it locavore and house-made. Whether you're a vegan or a steak-eater, whether you hanker for a great soup, a gluten-free cupcake, an herbal tea, some hot wings or a craft cocktail, somebody in New Paltz will be thrilled to make your bliss happen.

Certainly, SUNY New Paltz takes some of the credit for the robust business district—both in the form of student and parent dollars, and when alumni who decide to stick around apply their educated creativity to starting a dream business. The college, a notable hotspot for revolutionary thought in the `60s and `70s (even into the 80s, name bands were easy to book for Spring Weekend celebrations in what was then called the Tripping Fields) has since pulled up its socks and become a stronghold of both culture and tech innovation. (US News and World Report lists it as number 5 of its top public colleges for 2017.)

In New Paltz, even the oldest of what is old gets refreshed. Historic Huguenot Street, the oldest street in the US with original stone houses intact, has always been a place to visit and contemplate; a society of Huguenot descendants has long managed it and offered historic tours and reenactments. But like much else about this town, they're not resting on their laurels. 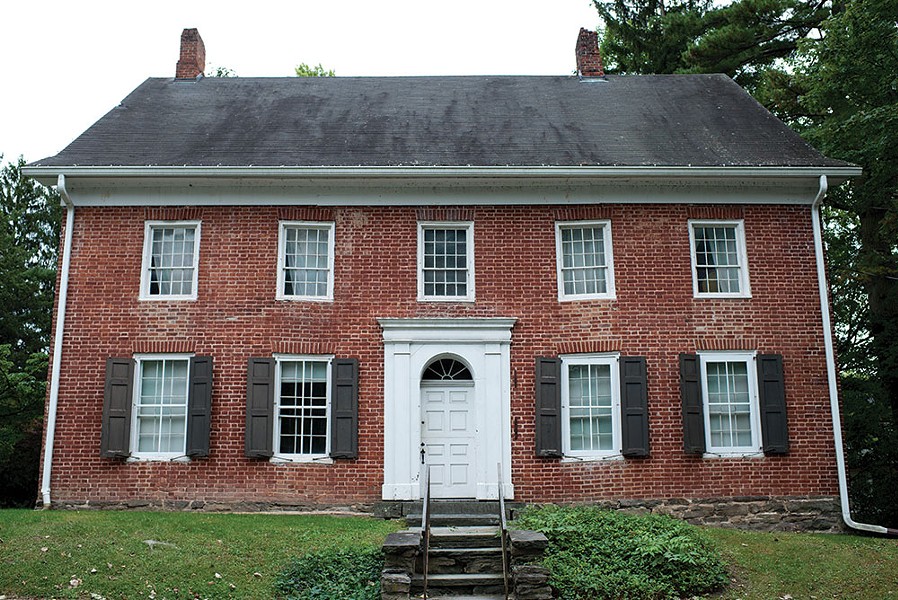 "Huguenot Street used to be more of a school field trip or strictly tourist destination, but they have really turned it around," says Combs. "After all, they were the original community's Main Street, and with their innovative programming they're turned it back into that. They have community celebrations like Christmas tree lighting and trick-or-treat; they've intentionally brought in a young, vibrant staff and it shows in the creativity."

Creativity could be this town's middle name; it's certainly its hallmark. Consider the adventures of Nicole Langlois and her partner Julia J. Robbins in the creation of One EPIC Place. The two women, a holistic business coach and a health coach, took over an elegant former funeral home at the top of downtown and founded their coworking center (EPIC stands for Empowering People, Inspiring Change) in December of 2015.

"It wasn't that an idea was born in this form and we made it happen, it grew organically from a need we had ourselves," says Langlois. "Professional space is so costly. This is like a magnet, and it has been formed by the community that's been drawn to it. Someone would come in and say, 'well, I'm a chef, how can you help me?' We have rooms for artists, a music studio with a piano, voice, dance, yoga, film and acting schools, treatment rooms. We have been so lucky—they are such beautiful businesses."

One EPIC Space hosts workshops, meetings, gatherings and classes of all sorts, and has recently given a home to one of New Paltz's long lived arts institutions: the Arts Community. Founded in 1975 with the mission of making art accessible to all, the Arts Community folks found EPIC a perfect fit and a shot in the arm. "We have 40 members," says Nicole, "in business, arts and healing. There's a lot of unexpected collaboration—I just saw a massage therapist and a graphic designer bartering Epic Points."

It's hard to imagine a better addition to a business district where even a shopping destination is envisioned and executed to be a community center full of truly fine goods and festivities, as the Water Street Market has become.

Combs, who managed landmark restaurant P&G's for 15 years, has only one issue with the town: where to fit more cool stuff. "I think we're on the crux of evolving still more," she says. "Structures that were once private homes are office space, have been added onto, and we're still out of room. Businesses want to move into the area and we simply can't accommodate them. How do we grow? What is the character of our landscape? How do we go forward? To preserve the good, we need to move carefully and collectively, and we do—for example, the man who's turning the old Frito-Lay compound into a Hampton Inn has a projected open date of November, and it took him seven years and hundreds of thousands of dollars to come up with a plan that was acceptable. And we need him. As I said, the BnBs are booked, we've put additions on additions. Even 800 square feet of business space is hard to find. And I'd like to see the opportunity for more of the people that come through on the way to the Gunks to be able to get out of those cars and take a look around."