Thoughts Are Power: Broaden Your Perspective 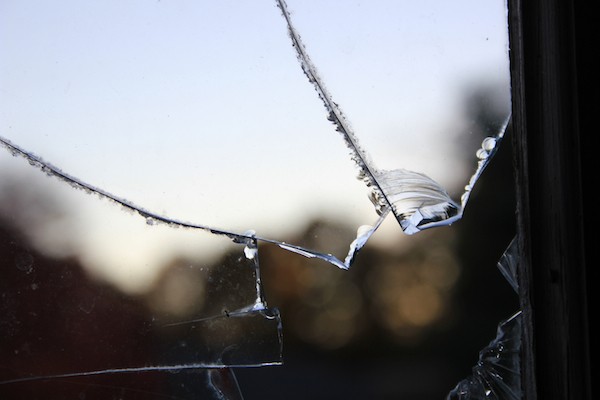 This Friday at 5:29 am EST we have the Sagittarius New Moon. This is the Sun and Moon in a conjunction -- the end of one lunar cycle and the beginning of another. Even more than most, this New Moon is emphasizing the necessity of doing some inner reflection in a world that seems to become ever more overwhelming by the day.

I know at least a few people who have had to take extended breaks from Facebook and the news in the last few weeks. When the news features a new violent event each week, plus reports of presidential candidates spewing rhetorical violence (in the form of reactionary speech that fans fear and distrust of others), and then you add friends and relatives posting simplistic, hyperbolic memes and counter-memes on social media, that adds up to way more psychological stress than many people can process.

Sometimes we need to ignore what’s going on in favor of ‘staying sane’. Yet if everyone did that all the time, our self-insulation and inaction holds the door open for further tragedy and injustice -- and a world that does not reflect our values. So what do you do?

Simply, you do what you can -- and you do it with the knowledge that, just as intense astrology always resolves and dissipates with time (sometimes even in a short time), so too can a sense of feeling overwhelmed, despairing or confused pass. Sometimes it really is necessary to pull your attention back from the wider world and focus on guiding yourself through your own life. Even that, however, asks you to take a wider perspective of your life than you normally might, as Eric explains in the first section of this week’s Planet Waves FM.

In part, the need to take a wider perspective to your inner life is reflected in the planets the New Moon is contacting. Even though the Sun and Moon are in a sign known for its ability to see the big picture and get optimistic or philosophical -- even spiritual -- planets aligned with this event are focusing energy on the mental plane.

Opposite the New Moon are the asteroid Psyche and another object called Chaos, in Gemini; square the New Moon is Jupiter in Virgo. Both Gemini and Virgo are ruled by Mercury, emphasizing any mental-level difficulty you might be experiencing now, given the extreme information-overload we’re all subjected to these days.

The asteroid Psyche plays up the sensation that you’re just not up to the task of struggling with your own mind. Eric described it as a loss of faith in yourself, one that leaves you feeling mentally wounded or deficient. But that sensation does not mean that you are actually lost or defective.

It could just mean that you need to allow the object Chaos to point you to a place of creative potential. We think of chaos as “mayhem,” and sometimes it is. But as Eric points out in his podcast, the object in our solar system by that name was actually named after a primordial creation god: the personification of the void before the world came to be.

In that metaphor is tremendous power and potential (rather than a tangled mess); the key, as Eric points out, is to embrace that potential -- your potential -- to bring something forth within yourself that perhaps did not exist before. That’s where the quiet, dark, reflective and gestational moment of the Sun and Moon merging in Sagittarius comes in. It’s a moment of inward direction so that you can align with your greater goal, and then aim your conscious and unconscious awareness in that direction, out into the world around you again.

Now, what if you are one of the people who can stay actively engaged with the news and social media and activism, and still keep the greater good for all as your guide? First of all, thank you. Second of all, you might especially want to consider Jupiter’s role in the New Moon configuration.

Jupiter is known for its expansiveness, and that can include generosity and optimism just as easily as it can include arrogance and overindulgence. Yet in Virgo, Jupiter cannot expand in its usual way; its excess of energy is more likely to get caught up in details. Which, if you’re a private investigator or scientist, can serve you well. Square the Sun and Moon, then, Jupiter could provide the boost you need to get a lot done (if you stay disciplined); it could infuse your generosity with an even greater impulse to be of service; and it could boost your outlook toward the “loftier aspects of life,” as astrologer Robert Hand puts it, pushing back against the more circular thinking of Psyche in Gemini.

Yet there’s a less productive side to the aspect; one that bears mention particularly because of the way we live so much of our lives online, where it’s easy to react and spout off in comment threads at every turn. Beware of considering yourself the “embodiment of social truth and wisdom,” to quote Hand again. You might be unconscious of this attitude, but others will pick up on it and likely react against it.

Yes, you might very well be the voice of reason in your social circles these days. But with the Sun square Jupiter, things that are positive when done in restraint will still be positive; whereas things that are negative when done to excess will be negative. Translation: from now through the weekend, less is almost certainly more when it comes to social media, holiday shopping and standing up for whatever self-identifying –ISM you feel the need to champion.

Finally, a word about another aspect that is exact several hours before the New Moon: Mars in Libra opposite Uranus in Aries (exact 8:31 pm EST Thursday). At its best, this looks like an opportunity to take conscious, successful efforts to liberate yourself from certain limitations; with Mars and Libra involved, that could be some perceived limit to your desire in a relationship.

Trouble is, there’s so much asking for, demanding and clouding our attention these days, it can be difficult to stay conscious. We experience most of astrology unconsciously; there are simply too many events, influences and energies constantly at play. And Mars opposite Uranus is classic ‘accident astrology’ -- particularly if you’re feeling preoccupied, impatient or resentful about something.

We’re faced with plenty to feel preoccupied with, impatient toward, or resentful about in our world. So take some time today to clear your stairway; keep your eyes and mind on the road; keep tabs on your alcohol consumption at the after-work party; breathe deeply and count to ten if someone upsets you.

Astrologer Alice A. Bailey reminds us, in a section about Sagittarius in Esoteric Astrology, that “thought is power.” Power needs to be directed with discipline and compassion, just as our thoughts do. If you’re looking for a place to start with this New Moon, that might be a good one.