This Week’s October Events Around the Hudson Valley

As we head into the end of October, check out these enticing events. And a remember: Early voting in New York State is from October 24 to November 1! (Check your local board of elections for early voting locations.)

On October 23 at 7pm, Bard College’s Fisher Center will present a virtual conversation and audience Q&A with Pulitzer Prize-winner Ayad Akhtar, the author of the acclaimed novel Homeland Elegies. Called “Passionate, disturbing, unputdownable” by Salman Rushdie, Homeland Elegies is a deeply personal work about identity and belonging in a nation coming apart at the seams, and blends fact and fiction to tell an epic story of longing and dispossession in the world that 9/11 made.The event follows recommended “read-in” of the book, which can be purchased online from Oblong Books & Music (10 percent of sales go to supporting the Fisher Center’s virtual programming).

Frank Stella at the Aldrich Contemporary Art Museum | through May 9

Spanning more than 60 years, Frank Stella’s studio practice has pushed abstraction to the limits, investigating every category from painting and printmaking to sculpture and public art. Among the myriad of forms found in Stella’s work, one element continuously reappears, a motif that is simultaneously abstract and figurative: the star. Under the spotlight for the first time, this exhibition surveys Stella's use of the star, ranging from two-dimensional works of the 1960s to its most recent incarnation in sculptures, wall reliefs, and painted objects from the 2010s. “Frank Stella’s Stars, A Survey,” the artist’s first solo exhibition at the Aldrich Contemporary Art Museum in Ridgefield, Connecticut, will be on view in the museum’s galleries and sculpture garden through May 9, 2021.

The Kingston Kiwanis Club will present a screening of highlights from its “Kapers” of years gone by in a new widescreen production at Tech City in Kingston on October 23 and 24 at 7:30pm. The screening will feature well-known Kingston-area businessmen and businesswomen, lawyers, doctors, and other community and business leaders portraying characters loosely based on Broadway shows, TV shows, and movies. Tickets are $10 per person or $25 for a carload of three or more and can be purchased in advance online. 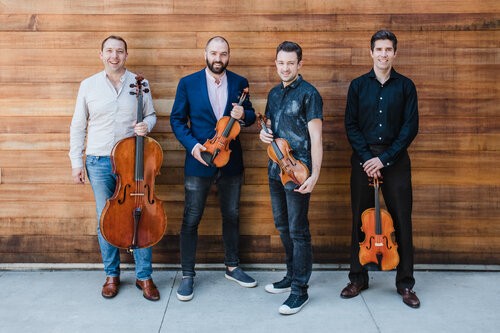 Winners of the Avery Fisher Career Grant, the Escher String Quartet has performed throughout Europe and the US at prominent venues like Amsterdam Concertgebouw, Berlin Konzerthaus, London’s Kings Place, Auditorium du Louvre, the Kennedy Center, and Lincoln Center. On October 24 at 7:30pm, they will appear in a free livestreamed concert presented by the Mahawie Performing Arts Center in Great Barrington and Close Encounters with Music in which they’ll be joined by cellist and CEWM artistic director Yehuda Hanani and violist Daniel Panner to perform Beethoven’s Op. 18 No. 2, the Debussy String Quartet, and the Brahms String Sextet No. 1.


Dinner with a Side of Medeski, Ribot, and Overall | October 25

With strictly enforced COVID protocols in place for staff and patrons, the Falcon in Marlboro continues to serve wonderful meals and beverages outdoors, on its multi-level patios and decks adjacent to Marlboro Falls. On October 25 at 7pm, the eatery will offer dinner for seated diners to the accompaniment of a world-beating musical trio comprised of keyboardist John Medeski (of Medeski, Martin and Wood), guitarist Marc Ribot (Tom Waits, Elvis Costello), and electronics artist/drummer Kassa Overall (Yoko Ono, Geri Allen). Free with purchase of a meal; artists donation requested. 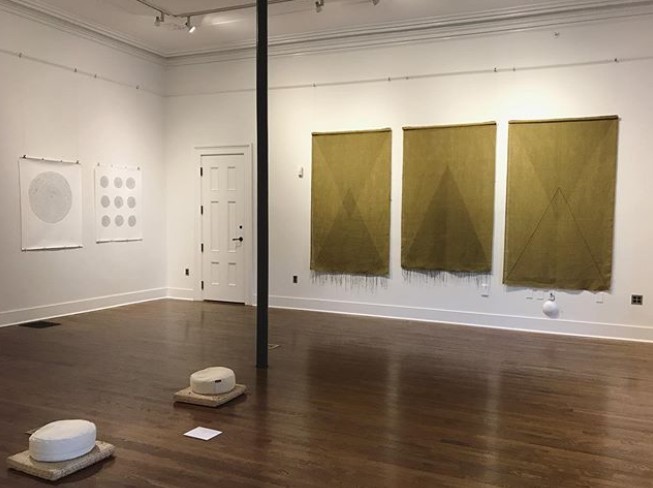 If you haven’t seen Filiz Soyak’s exhibition “Breath Monuments,” which opened in August at Hudson Hall in Hudson, but have been meaning to, you’d best make plans soon: The show wraps up on November 1. Soyak is an interdisciplinary artist who explores themes of consciousness, memory, and time through painting, fiber, and installation work. Born in 1979 in Belgium to a Turkish father and Swedish mother, she spent most of her childhood in Japan, before moving to the US in her teens. After living in the Middle East and the Caribbean, she lived in New York City for several years before moving to Hudson. Her work has been widely exhibited and collected internationally. The exhibit is open Fridays through Sundays from 1pm to 5pm, with timed entry on the hour by reservation only.

Artist Kiki Smith’s “River Light” is a solo exhibition at Storm King Art Center in New Windsor of outdoor works that marks her first U.S. presentation of flags, a new element of her expansive aesthetic. For the site-specific exhibit, Smith has created a new collection of flags whose unpredictable, ever-changing movements mimic the ebb and flow of water in a river. Installed on Storm King’s Museum Hill with long views of Storm King Mountain and the Hudson Highlands, the flags present an ephemeral installation that is activated by the surrounding natural world. Storm King Art Center is open Wednesdays through Saturdays until October 31 from 10am to 5:30pm and Sundays until December 13 from 10am to 4:30pm. See website for ticket prices. 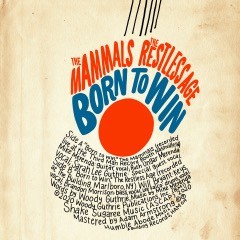 Hudson Valley folk rock outfits the Mammals and the Restless Age recently each recorded their own version of the lost Woody Guthrie song “Born to Win” and are currently offering the tracks for download, with 100 percent of the proceeds going to benefit progressive candidates in the leadup to the election. The song combines lyrics that Guthrie penned as a merchant marine en route to France during World War II and music composed by Merenda, who uncovered the words in Guthrie’s book Born to Win, a collection of journals, stories, and recollections published in 1965, shortly before the iconic folksinger’s' death; the Mammals’ version, recorded at Third Man Records in Memphis, features guest vocals by Guthrie’s granddaughter, Sarah Lee Guthrie. Both versions are available via Bandcamp at the Mammals website.