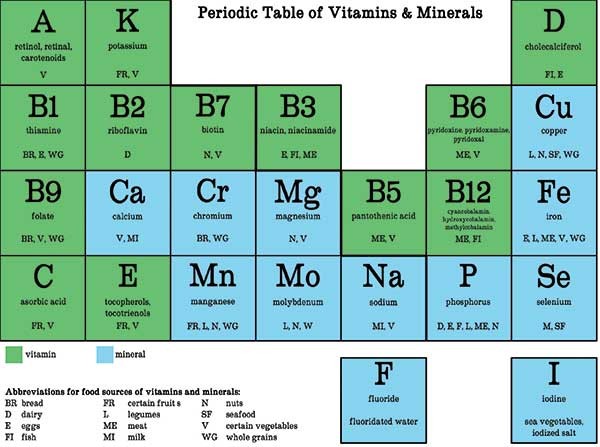 If you’re like most Americans, you have one or more vials of vitamin or mineral supplements in your medicine cabinet. You’ve been lured by the health claims, hopeful studies, and pop folklore surrounding these nutritional powerhouses—from vitamin C for colds to biotin for thinning hair. You’re tired? Could be low iron. Looking to combat the ravages of aging? Bring on the vitamin E. Your doctor is pushing a multivitamin on you, and a message in your Inbox makes you feel like an idiot for not downing Omega-3 soft gels daily. Yet for every silver-bullet declaration, it seems there’s a study out there to turn the research on its head and reveal yesterday’s cure as today’s snake oil—just one more reason that, as the outspoken Harvard scientist Victor Herbert said 20 years ago, Americans have the most expensive urine on Earth.

When it comes to vitamin supplements, the messages are mixed, and even the most objective nutrition experts seem to lock heads in disagreement. Two papers published in the fall of last year—an Iowa Women’s Health study that signaled a slight increase in mortality (yes, increase) among older women who took multivitamins, and a select trial that linked vitamin E supplementation with a higher risk of prostate cancer in men—found pundits questioning the effectiveness and even the safety of some vitamin supplements. To complicate matters, some experts expressed doubt over the soundness of the multivitamin study. Through it all, and undeterred by a sluggish economy, the industry remains robust. Americans spent $28 billion on vitamins and other supplements in 2010, a 4.4 percent increase from the previous year, according to Nutrition Business Journal, a trade publication. In 2011 the GNC brand reported a 15.5 percent increase in annual revenue, and stock in the company was up. Many Americans, particularly the well-educated and affluent, have enough vitties in their possession to power a small army.

What works and what’s trash? Which vitamin supplements do our bodies really need, and what simply gets flushed down the toilet? Just before writing this article, I dutifully purchased some doctor-recommended B-complex capsules. But after reading about a few studies and talking to my first expert—Marion Nestle, professor of nutrition, food studies, and public health at New York University—I left the vial unopened with its receipt in my car, a kind of vitamin purgatory. The act felt rebellious. But before I was going to swallow that oversized pill and its hefty price tag, I wanted some answers.

SUPPLEMENTARY OR SUPERFLUOUS
Nestle (who bears no relation to the chocolate-bar maker and global brand) has been a vitamin naysayer for years. In her books and Food Politics blog (foodpolitics.com), she has stated that food is better than supplements because the range of nutrients is greater and better balanced. You’ll be hard pressed to find a nutrition expert who disagrees with that. Yet Nestle departs from the pack by going one step further: She discourages vitamin use as a preventive measure to safeguard health. Nestle tells me via e-mail, “People who are vitamin or mineral deficient or who eat vegan diets need supplements and benefit from them.” But for the rest of us, she’d rather we didn’t swallow any horse pills. Asked about the multivitamin and vitamin E studies from fall 2011, Nestle says flatly, “They confirm the results of a whole series of studies during the past few years: Vitamin supplements do not make people healthier.”

To hammer yet another nail in the supplement coffin, Nestle points out that the industry is poorly regulated. As a result many supplements don’t actually offer the dosage reflected on the bottle; many also contain a range of “fillers” of no use to the body, as well as heavy metals that could very well cause harm. But don’t go blaming the FDA. Their hands are tied thanks to the Dietary Supplement Health and Education Act, passed by Congress in 1994. For Nestle, this is yet another reason to look to food as, in most cases, the only source of trustworthy vitamins and minerals. She has also stated—somewhat controversially—that even with ubiquitous fast foods and unhealthy eating habits, it’s hard for most Americans to achieve a true vitamin deficiency. Yet she offers one caveat: “Supplements make people feel better. Is this a placebo effect? Maybe, but feeling better has benefits on its own.” The placebo effect doesn’t seem like a compelling enough reason to release my vitamins from their purgatory in my car. Onward to the next expert.

A SAFETY NET YOU CAN SWALLOW
Jeffrey Blumberg could be Marion Nestle’s alter ego. A researcher and professor of nutrition science at Tufts University in Boston, Blumberg is pro-vitamin, and his impatience with detractors is perceptible in his voice. “I disagree completely that the only indication for taking a dietary supplement is a strong medically based cause such as symptomatic nutrient deficiency,” he says. Blumberg believes everybody should be taking a multivitamin as a basic health insurance policy, and he questions the integrity of certain recent studies that seem to suggest the contrary. And don’t get him started about the American diet. “People tell me that Americans are really well nourished. They say, look at us, we’re overweight and obese. We eat too much as it is; we’re overnourished. Well, I hope they appreciate that obesity is not overnutrition. It’s too many calories—and often, too many calories of nutrient-empty junk food. Many overweight and obese people in fact have low blood levels of several vitamins and minerals.”

The problem is not just evident in overweight people. Only three percent of Americans adhere to the USDA’s dietary guidelines, which tell us that we need to eat five to nine servings of fruits and vegetables a day, and that at least half of the grains we consume should be whole grains. Perhaps as a result, most of us are falling short on one or more essential vitamins or minerals. According to Blumberg, this does impact general health. “We’ve agreed that adult women should be getting 75 milligrams of vitamin C a day,” he says. “Many women are getting just 50 milligrams a day. Are they going to get scurvy? No. But those biochemical systems that require vitamin C for healthy cellular function are not getting enough. We also know there’s such a thing as a subclinical deficiency, or a nutrient inadequacy, that is associated with some impaired function. It may not be a disease. You may just feel more lethargic, or your memory isn’t great, or your immune system is not working optimally.” Recalling somewhat hazily that low B12 is linked with poor memory, I begin to pine for the vitamin vial held hostage in my car. Blumberg concludes with a kicker that encourages accountability. “I come from a public health point of view: Let’s prevent the risk for deficiencies by ensuring that while hopefully you eat a well-balanced diet, at the very least, take a multivitamin so that you are less likely to come up deficient.”

GOLD-STANDARD VITTLES
Before I trot over to my car to retrieve the captive vitamins, I remember Nestle’s words of warning about supplement safety. Blumberg shrugs off the issue of lax regulation, saying he doesn’t think it’s worth the worry. “These companies aren’t unregulated,” he notes. “Many of them have good manufacturing processes, and the FDA has shut down some of the companies that don’t.” How is it, then, that surprises like lead, mercury, cadmium, and arsenic are routinely found in dietary supplements? And how do we ensure that the vitamins we’re taking are clean and of good quality?

Enter Josh Boughton, the vitamin buyer and supplement formulator at Woodstock Apothecary. Boughton, who has worked for a few supplement companies and has amassed a surprising amount of expertise in his 27 years, is a font of information and a local treasure. Walk into the Apothecary any time of day and you are likely to hear him expostulating to customers about the merits or shortfalls of a particular vitamin brand, or explaining what goes into the best probiotic on the market. Though he sells supplements, more than anything Boughton considers himself a “salad salesman.” Echoing Nestle, he holds fast to the belief that no supplement can compete with good, whole food for nutritional prowess. Yet, like Blumberg, Boughton thinks the American diet is abominable. “Pizza now counts as a vegetable in school in a law passed by Congress. Pizza! It’s ridiculous,” he says. “The best thing is to eat a varied diet of fruits and vegetables, lots of colors, and good-quality protein. But people don’t do that.”

The solution for Boughton is simple: Build a better vitamin. He points out a couple of brands (NutriPlex Formulas is one) that are already doing just that by producing a “whole food” vitamin—that is, a supplement that doesn’t just isolate a particular compound but that contains all of the components found in real food. “People buy vitamin C and they think it’s ground-up oranges. It’s not. About 99 percent of all vitamin C sold is made from corn sugar. We’ve evolved to eat food, not one isolated chemical. An orange has over 10,000 constituents in it that we’ve discovered so far. When you eat an orange or broccoli, it’s not just the ascorbic acid or folate that has the benefits; it’s the combination with other compounds, like flavonoids and phytochemicals, that protect you.” Yet, while Boughton champions whole food vitamins and refers to clinical studies proving their efficacy, most consumers don’t even know they exist. You won’t find them in CVS or Walgreens. Most of us will continue to buy synthetic vitamins—but among these, certain brands are better than others. For a brand to earn its place on the shelves at Woodstock Apothecary, it must have a perfect track record. (Consumerlab.com is one place to do your own research.) “Everything needs to be lead and contaminant free, and needs to contain the dosage that it claims on the bottle,” Boughton says. “I have to be able to sleep at night.”

EAT RIGHT, POP WITH CAUTION
Now that I’ve heard from the nutritionists and the salad salesman, I need a doctor to weigh in. Lauren Vigna, MD, who blends Western medicine with holistic accents at her family practice in Highland, tells me she doesn’t blanketly prescribe multivitamins. “I try to keep people eating as best they can so they don’t need them. You have to look at vitamins like a prescription. You need to know what you’re taking and why.” That said, Vigna believes that two supplements should be in everyone’s medicine cabinet: fish oil for Omega-3s (to help reduce inflammation and improve brain function) and vitamin D (necessary for calcium absorption and healthy bones). Most Americans are deficient in both. Pen ready, I start my drugstore list. But first, I have another order of business: to fetch the neglected vitamins from my car. And gulp one down.