Recently, a friend suggested that I visit Youko Yamomoto at the Gomen-Kudasai noodle restaurant in New Paltz. She told me that Yamomoto was organizing a traditional Japanese dance event called Bon-Odori, and that the event had an anti-nuclear theme. It was one of those “you have to know this person” conversations, with the suggestion I try to speak at her event on Sunday, August 5.

On a rainy Saturday in mid-July I was in New Paltz and stopped in to meet her in her restaurant. I learned that she had emigrated from Japan after spending part of her childhood living in Hiroshima, which was the first city struck by the United States with an atomic bomb on August 6, 1945, toward the end of World War II. Then, three days later, Nagasaki was bombed. Between the two cities, 300,000 people were killed instantly. These were the only times that atomic weapons have been used in warfare—and it was at the hands of the United States of America.

This is a topic that most people would prefer not to talk about. They’re days on the calendar typically remembered only if there’s a mention on TV or the newspaper, otherwise they pass like any other day. I am one of the people who remembers; my online publication, Planet Waves, publishes some commemoration every year, reminding our readers of what, though they may not consider it consciously, they definitely don’t want to happen.

In the course of her life, Yamomoto had become an anti-nuclear activist, and her concerns include nuclear power. She was one of the few people I’ve ever spoken to who understands that atomic bombs and nuclear energy are the same thing. Both are based on splitting uranium and plutonium atoms, and both emerged from the same program—the Manhattan Project, which evolved into the Atomic Energy Commission, which we now know as the Nuclear Regulatory Commission.

“We all grew up in fear of the nuclear bomb,” she says, “and now we live with fear of a nuclear meltdown.” Then she changed the topic to Indian Point, a nuclear power generator located just up the Hudson River from New York City. She expressed her commitment to closing down the plant, something that many activists have been trying to do for years.

There’s a joke that nuclear power plants are extremely sophisticated devices for finding earthquake fault lines. That would be true of Indian Point—it’s situated on two fault lines, one of which was just discovered.
One is the well-known Ramapo Fault, which passes less then a mile north of the plant. The other was discovered by researchers from Columbia University in 2008, running from Stamford, Connecticut, to Peekskill, close to where the plant is located. This combination of fault lines, the age of the facility and its proximity to New York City, make the most dangerous nuclear power plant in the United States.

It’s also extremely profitable, generating profits ranging from $1 million to $1.5 million per day, per reactor—potentially up to $1 billion a year, selling energy at high rates to many customers in New York City and the surrounding region.

There’s a problem, however: There’s nowhere to run if there’s a meltdown. If you listen to people in the nuclear industry, that’s never going to happen—which is the whole problem with that industry. Journalism professor Karl Grossman from SUNY Westbury, the author of many books on nuclear weapons and power, calls executives of the industry “nuclear Pinnochios” who cannot open their mouths without lying, exaggerating about safety or denying any dangers at all.

Speaking of dangers, it’s emerged recently that the disaster at Fukushima Daicchi was caused not by the tsunami but by the earthquake that preceded it. There will probably never be a tsunami in Westchester, but sooner or later there will be an earthquake. And when that happens, there’s a lot that can go wrong. When a nuclear power plant is not generating power, it consumes power to keep both the fuel core and the spent fuel ponds cool. If outside power to the plant is cut, there’s a limited amount of time that backup cooling systems will work. Those systems could be damaged in the quake, and if roads are also damaged, extra diesel fuel may not be available to keep the generators running.

An earthquake is not the only thing that can cause such a problem. We live in a time with a lot of solar flare activity, and a burst of energy from the sun can take out a huge swath of the power grid. Such an incident could cut many nuclear power plants off from outside power, damage computer equipment that runs the plant, and create a multi-site problem.

Here in New York State, we have a special issue—we’re the most densely populated region in the United States. More than 8 million people live in New York City and an additional 10 million live in the surrounding areas. While evacuation plans have been described as “inadequate,” I think that “nonexistent” would be a better way to put it. All of Westchester would have to be evacuated, and the prevailing winds would likely carry the radiation right over New York City and Long Island.

Manna Jo Greene, who works with the Hudson River Sloop Clearwater on its project to close down the plant, points out that many of the evacuees would head straight for our neck of the woods. “If people think we live far enough away, remember that this is the most likely area where people will flee,” Greene says. “We’ll be receiving vehicles that are coming from the hottest part of the hot zone, plus the drift that could come in this direction. The wind is more likely to go south and east with the prevailing wind, but you will have millions of people fleeing in our direction. That’s something that hasn’t been thought about very much—how serious the impacts are on the receiving areas.”

Clearwater is using several strategies to get the two remaining units of Indian Point shut down when their licenses expire in 2013 and 2016, each after an approximately 40-year run. One problem that Greene is concerned about is how the spent fuel ponds are kept dangerously over-filled, “far beyond the design basis. These overcrowded fuel ponds can go into criticality and cause a spontaneous fire.” Criticality means that a self-sustaining reaction can start, but there’s no way to stop it. If the cooling water boils off, the rods can burst into flames, spreading many isotopes that concentrate in the spent fuel.

This is a real problem. Over in Japan, thousands of tons of spent nuclear fuel are dangling in pools above the melted-down reactors, with severely damaged Unit 4 being in the worst shape. In the event of even a modest earthquake, the fuel could fall or the water could leak out of the pool, and the whole disaster scenario could repeat itself.

As for preventing this at Indian Point, Greene wonders: “What the heck is stopping them from doing something that would make an extremely unsafe condition a little less unsafe?”

Once you’ve been subjected to nuclear logic for a while, you might notice that no risk is too enormous to ignore. Nuclear logic resembles a religious cult more than what you think of as a scientific institution. It’s a world where the dangers are either considered imaginary or the product of hysterical people. It’s a world where nothing can go wrong, and when it does, it was a freak accident where nobody got exposed to more than a few dental X-rays worth of radiation.

I recently spent a few hours with Grossman, one of the most prolific anti-nuclear authors, in his home in Sag Harbor. He explained that, for a while, public policy makers used to consider the potential for low-probability, high impact events in their risk assessments. Now, he says, those potential worst-case scenarios are ignored as if they don’t exist.

That’s pretty crazy—putting the most dangerous machines ever created into the hands of people who spend their lives denying that anything can go wrong. And, as we know, things do go wrong. Indian Point has had a litany of problems, and the place is starting to fall apart.

At the end of our conversation, I asked Grossman the story of how New Yorkers got rid of the Shoreham Nuclear Power Plant in the 1980s, after the plant had been built for $6 billion. It was completed in 1984, though public opposition to its operation surged after the Chernobyl disaster of 1986. Still, it’s difficult to get rid of such a massively expensive project once it’s completed and tested (making it more expensive to decommission).
“Essentially, it was stopped by any means possible,” Grossman says, requiring the cooperation of politicians, the media, citizens, and lawyers. The local private power company, LILCO, had problems running back to the 1970s, in the wake of Three Mile Island, when new federal rules required that operators of nuclear plants have evacuation in cooperation with state and local governments. That was just the beginning, however.

“People worked to defeat pro-nuclear politicians. Shoreham was defeated by massive demonstrations and civil disobedience. In one action, 600 people were arrested and thousands participated. It was defeated by an end-run around the federal nuclear juggernaut” using the state’s power of eminent domain to take control of the property. “The Nuclear Regulatory Commission has never denied an operating license anytime, anywhere for a nuclear plant in the US,” Grossman says, and this was the challenge (as it’s likely to be for Indian Point).
Some clever local attorneys worked within the political system and created the Long Island Power Authority, which would eliminate pro-nuclear LILCO if it persisted with its plans for Shoreham. “Ultimately, LILCO gave up, turned Shoreham over to LIPA for a dollar for decommissioning as a nuclear facility. And it was decommissioned.”

Grossman says that getting rid of Shoreham also prevented the use of Long Island as a “nuclear park” that would have placed 11 nuclear power plants on Long Island. That is a miracle.

In the nuclear dilemma we face, we see some of the best attributes of human thinking: Our ingenuity and industriousness combined with our inability to consider actual dangers or future consequences. Most of us don’t dare to look at this nightmare or the its potential to burst into physical reality. To solve this problem we will need to summon the very best in the human spirit: foresight and the ability to stand up to authority.

Clearwater is a party to the Indian Point relicensing procedure, having filed what’s called an intervention in the process, stating its objections as part of the legal record. They are a small organization up against a corporate giant—Entergy, which owns the plant and operates many other power stations of every kind.

Clearwater is also working on educating first-responders—firefighters, EMS workers, and hospital staff. They’ve distributed thousands of copies of a DVD about the dangers and the lack of evacuation procedures to first-responders.

And Youko Yamomoto, who runs a Japanese noodle restaurant in New Paltz, does her work every day as if her actions have the ability to make a change—and they do. She knows that having a traditional Japanese dance festival with an anti-nuclear theme is a modest effort, but she’s doing what she can do.

That event, called Bon-Odori, starts at 1 pm on August 5 in New Paltz, on the Blueberry Patch along Water Street. I will be speaking, and I look forward to meeting you there.

While You Were Sleeping: August 2012

By Jennifer Gutman and Meghan Gallucci 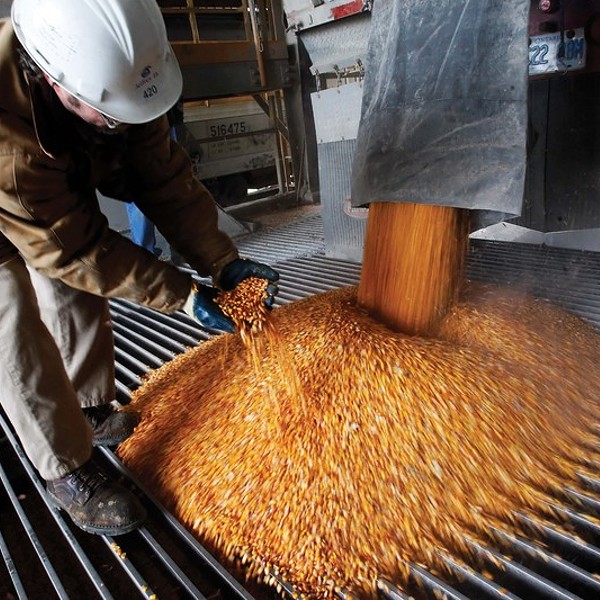