The Ultima Dress: Garrison Designer Creates an Ultra-Minimalist 21-in-1 Garment 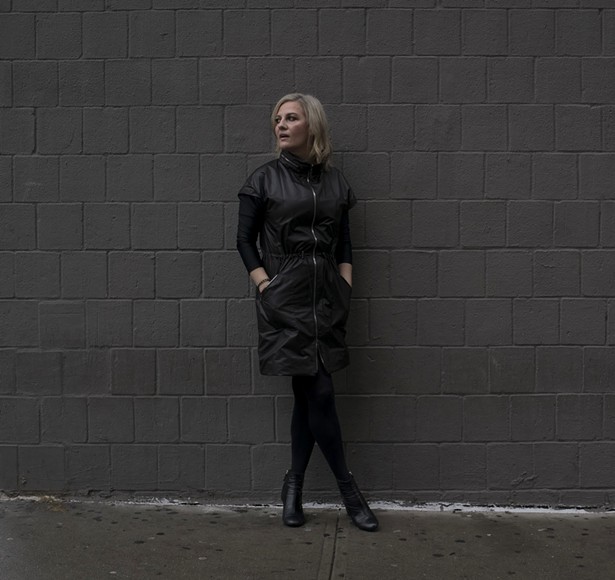 Fashion is constantly cycling through trends. And yet most of the garments that end up on racks look and function a lot like things we have seen before. But with her brainchild, the Ultima Dress, Garrison-based designer Yuli Ziv set out to create something truly original: A dress that offers you 21 different looks, yet can be folded into a small lightweight pouch. A dress that offers three different hemlines and can be long-sleeved or cap-sleeved, depending on temperature and whim. A dress that lets you curl up for a nap and then reshapes itself without a hint of wrinkle when you get back up. A dress with pockets and zippers.

In 2008, Ziv founded Style Coalition, pulling together influencers—or rather bloggers, as they were in that pre-social-media era—who had been accustomed to being lone voices in a vast Internet wilderness and showcasing them on one platform. With the rise of social media, it turned out to have been a prescient move—Style Coalition was acquired by tech and data firm Launchmetrics in 2017.

“It was tough the first few years, being this crazy person knocking on doors talking about user-generated content,” Ziv recalls. “But I stuck to my gut feeling and rode the wave.” After the sale, Ziv wanted to get back to her creative roots—and the Ultima Dress was born.

Ziv and her parents emigrated from Russia to Israel when she was 15. A dozen years later, in 2003, she packed up the same suitcase and headed to the US. “I knew I would survive,” she says. “I’d worked for an Israeli-American tech startup; I had computer, design and web design experience; and I knew what was in demand."

She was accepted into the MFA program at the School of Visual Arts, then went on to work her “dream job” as creative director of an ad agency before getting “bit by the opportunity bug,” as she puts it, and moving into the social media space just before everything exploded.

Throughout all these adventures, Ziv looked for the perfect dress. She knew exactly what she wanted, but it appeared that the dress did not yet exist. “I started with a list of features,” she says. “The waist had to be expandable—that one was inspired by pregnancy. It had to be water and stain and wrinkle resistant, and have a detachable hood and sleeves for chillier places. And you know, sometimes you want mini-length, other times you want maxi-length.”

The look had to be “simple and minimal, something everyone of all ages can wear. And the dress had to be comfy, not form-fitting, and timeless, not trendy," she says.  After working on the design for a bit, she landed on a shape that works, and then had to find the right fabric. "I wanted to be able to sleep on a plane, she says. I tried various comfy, stretchy fabrics, but I wanted something you could wear to work or to go out.” A smart polyester fabric from Japan did the trick.

Then came production. Many of her garment district friends had been pushed out by rising rents, “but I managed to connect with the last few great craftspeople,” she says. “I wanted to know my seamstress.”

The Ultima Dress, says Ziv, is a response to disposable fast fashion that makes a statement in more ways than one. “We talk a lot these days about knowing where our food comes from, but not with clothing,” she says. “It’s become so cheap that people buy for the season and then toss things out. There’s one study that says 82 percent of clothing never even gets worn. For the sake of the planet, we need to move in a minimalist direction and cut down on the volume. And moving up here also gave me a new perspective.”

“Up here,” in Ziv’s case, is the Garrison home that started as a weekend place. But like so many, Ziv and her husband got so fond of looking across the river at Bear Mountain that “at some point we just didn’t want to go back to the city anymore.”

Turns out there’s plenty to do up here, including a pop-up launch event for the Ultima Dress at 44MAIN in Cold Spring the weekend of March 27-29.

Fashion Finds in the Hudson Valley