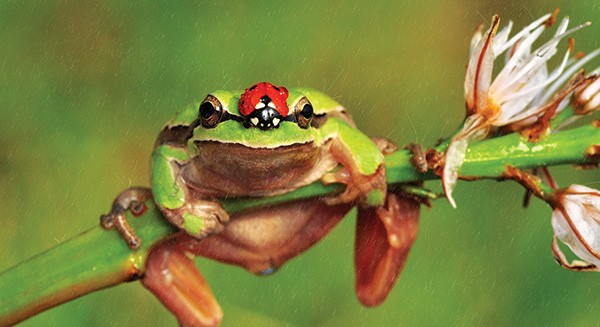 If you made it through this much of 2014, you experienced some of the most wrenching astrology in recent memory. The cardinal grand cross of January and April, combined with Mars retrograde and some strategically placed eclipses, earned most of the current year the rating of whiplash machine.

I'll start with a little refresher on that. In the background of all astrology in our phase of history is an era-defining aspect called the Uranus-Pluto square. This started warming up in 2008 when Obama got elected and the banking and mortgage industry collapsed. It got cooking in 2011 with Fukushima, the Arab Spring, the Occupy movement, and countless other too-intense news events that year. And it had (or will have) a total of seven exact contacts between early 2012 and early 2015.

This aspect is an extension of Sixties astrology, in that it's part of the same cycle—the Uranus-Pluto cycle—that instigated that most interesting era of the mid-20th century. The evolutionary force of Pluto combined with the revolutionary impulse of Uranus illustrated an outpouring of energy of nearly every shade, color, and temperature.

Nearly 50 years later, those two planets are at first-quarter phase, an extended drama that begins to resolve in 2015. What we experienced in 2014 on two separate occasions was other planets getting into the action—Mars and Jupiter, which basically brought the sensation of that aspect to the front of awareness. That was the grand cross of January and April 2014.

Uranus-Pluto aspects often arrive with a mix of progressive and reactionary world events, though in the style of the Sixties there was a progressive edge. Here in the Teenies, there is a reactionary vibe—it seems that the most effective activists are so-called social conservatives. As in our counterpart era, the Sixties, they have a lot of help from the Supreme Court, which is playing right in tune with the simplistic view of the world that possesses many contemporary social movements.

The astrology that has been jamming nearly every frequency since 2011 starts to unravel in 2015, and for that and many other reasons 2015 is a transition year. By that I mean you can look at the world around you and what seems so important, what seems to have been stuck the way it is for so long, and count on the fact that 12 months from today things will look, feel, and be significantly different.

Events of 2015 are not as violent as those of the past few years, at least in theory. Part of the transitional quality is the easing of the reactionary impulse, though there is still a good bit of momentum behind it. What also changes is that other elements become available, come into new focus, or make themselves known.

In this article I will go over five of the top events, selected with the help of my research team at Planet Waves. These aspects or events form the plot of my 2015 annual readings for all 12 signs and rising signs, called Cosmophilia: You Belong Here. For more information about those readings, visit PlanetWaves.net. For now, here is the astrology, in no special order other than what seems interesting. Clip and save—this article is designed as a handy reference tool.

First Event: Saturn transitions into Sagittarius. Said another way, this magnificent planet, the lord of structure, discipline, maturity, and mastery, spends 10 months hovering over the Scorpio/Sagittarius line. The theme here is externalization. Saturn in Scorpio is a placement submerged within itself, struggling to breathe and to move. Saturn in Sagittarius opens up to adventure and is more concerned with ideas than with emotions.

Saturn has been in Scorpio since late 2012, and carries the flavor and energy imprint of that year, particularly the horrid events of December. Saturn makes its first foray into Sagittarius on December 23. It stays six months, retrogrades back into late Scorpio on June 14, hangs out there a while resolving old business, and finally re enters Sagittarius to stay, for two years, on September 15.

The world is currently facing a barge load of, well, global situations—and with Saturn in Sagittarius, we will have a window into seeing those things for what they are. (Prediction: There may be an unexpected revelation about the JFK assassination in 2015.)

Second Event: The Uranus-Pluto square separates, drawing the peak 2012 era to an end. The last two of seven Uranus-Pluto squares are December 15 and March 16. (The first was in June 2012, around the time of the Venus transit of the Sun.)

Because both of these planets move so slowly, this will be a slow trail-off, and we may see many of the most positive or at least interesting expressions as the aspect begins to dissolve over the next few years. What might those be?

Let's start with increased citizen and corporate involvement in the issues that confront the world. We all know what they are. We all know what time it is. Everyone has glanced at the problems many times, and even looked right at them once or twice. There is an agonizing cry for increased participation—for getting involved—rising up from the Earth. The issue seems to be a matter of taking things personally, of getting past the appealing idea that "the problems of the world are none of my business."

Perhaps that is true for some people. However, in that case, this aspect is for those for whom the problems of the world are indeed their business. Then there are those for whom global problems come home to roost, such as on their street or in their home. Believe me: It actually happens.

The separating Uranus-Pluto square may take some wind out of the sails of the reactionary movement, because I think they've really hitched their wagon to this one, just like the progressive movement did with Uranus conjunct Pluto in the Sixties.

Third Event: Chiron conjunct Borasisi. This involves two of the newer planets, one that most people have heard of but are unfamiliar with (Chiron), and another that you're probably reading about now for the first time. Chiron has been in Pisces since 2010 and will make its final exit in 2019. Borasisi moves even slower; it's further from the Sun than Pluto. It leaves Pisces in 2025.

Borasisi is about the power of belief, and its territory covers the sometimes subtle distinctions between truth and lies. (If science is about finding out the truth, then the truth is what exploded over Hiroshima, and what melted down at Fukushima.) Chiron, for its part, will lure, summon, or, if necessary, shock anyone or anything out of denial. Chiron is an advocate of the environment, of living creatures, and of the beauty of life—especially when in Pisces.

Borasisi has another role: It seems to be involved in environmental issues, particularly ones fueled by denial. All in all I would say the dominant energy of this aspect is clearing the fog of denial, at least enough to see that there is something besides fog.

This aspect, which last happened in Sagittarius in 1949, will be exact on three dates: March 21, October 14, and January 8, 2016. Note: As far as I can tell, dioxin was discovered in 1949, in the wake of a chemical disaster in Nitro, West Virginia.

This series of events seems designed to demonstrate the futility of competition. Mars might dominate the discussion at first (due to two conjunctions in fire signs, which don't quite favor Venus), and one result might be a kind of feminist stridency. I would remind anyone interested that this does not lead to a state of balance. Rather, it can push things further out of balance.

The three separate events occur on February 22, September 1, and November 2. They happen in Aries, Leo, and Virgo, respectively. Venus and Mars stay pretty close to one another all year, so it's like one long event. Venus retrograde goes from July 25 through September 6. Venus starts its retrograde in Virgo and ends up in Leo.

Fifth Event: Jupiter square Saturn. This one has been brewing since last summer, when Jupiter arrived in Leo. Well, actually it's part of the 20-year Jupiter-Saturn cycle, which last turned over in May 2000.

With Jupiter being in Leo and Saturn being in Scorpio, the two have been moving into a square (90-degree) alignment, which is exact once in 2015—on August 3. This will be the one time the alignment happens between fixed signs Leo and Scorpio. Two additional alignments in 2016 occur after Jupiter has moved on to Virgo and Saturn has moved on to Sagittarius, which are mutable signs.

This may be a motivating aspect. The Rev. Dr. Marc Edmund Jones (1888-1980), one of the pioneers of humanistic astrology, said this aspect represents the "last chance lifetime" when it appears in a natal chart. I've taken that to mean that the opportunities one has in that lifetime feel like the last chance one gets to do something one wants, or needs, to do.

Jones proposed that any contact between Jupiter and Saturn, the two largest planets, is significant, though this one seems like it could offer a push to increase the scale of your efforts or to take a bigger risk than you might ordinarily take.

The three exact contacts are August 3 (fixed), then, the following year, on March 23, 2016 (mutable), and May 26, 2016 (mutable). Bonus Event: New Horizons mission arrives at Pluto. Have you been waiting for this as long as I have? Pluto has been a big fuss for astronomers. After years of debate, it was "demoted" from being an official planet in 2006 and given minor planet number 134340.

Just in case you're wondering, minor planet 134341 is called 1979 MA. It's not even named. So Pluto really is considered a minor planet, which may tell us more about the minor planets than it does about Pluto.

Yet for all the bluster and controversy, we don't even have a good photo of Pluto to look at, ponder, and say, "What be this?" However, if all goes well, we will have many such photos as the New Horizons mission makes its closest pass to Pluto on July 14 after a nine-year journey—and I believe we will be amazed.

Note that this is not a planet and a moon; like many objects in the Kuiper Belt, it's a system (Pluto and Charon orbit a common point in space)—but one joined by numerous other satellites. We will soon see how many, and how stunning the view is. I am one of those astrologers who thinks this kind of scientific event counts for a lot. We will get a look at the edge, it will change everyone who sees it, and it will describe some new understanding that I will not predict, but eagerly await.