The State of the Hudson Valley Craft Beer Industry 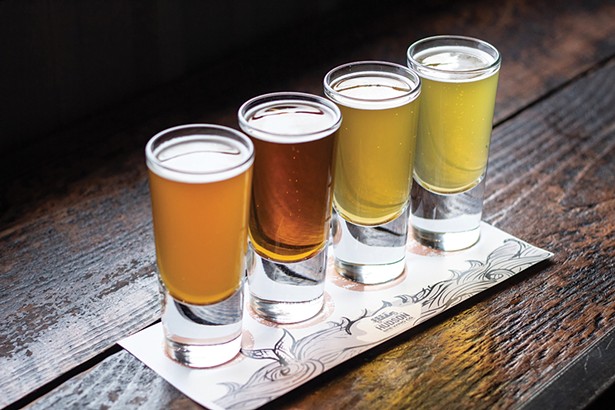 Notwithstanding speculation that the Hudson Valley’s beer stein is close to overflowing, the brewing business continues at full tilt. Numerous breweries are expanding, adding new equipment, or moving to larger quarters: Industrial Arts Brewing Company, in Garnerville, is opening a large brewery in Beacon that will double its brewing capacity; Clemson Bros. Brewery in Middletown has purchased the iconic New Paltz brewpub Gilded Otter; and Sloop Brewing Co. has expanded to a 25,000-square-foot facility at the former IBM plant in East Fishkill.

Overall, in 2018 there were 86 licensed breweries in the Hudson Valley, up from 69 the year before. According to a report by the trade group New York State Brewers Association (NYSBA), the industry generated $5.4 billion to the state’s economy. (The figure reflects jobs, wages and output of the state’s estimated 434 craft breweries.) And for the first time, the craft beer business statewide has caught pace with the wine industry. Little Bavaria is on a roll.

Several factors underlie the phenomenon. One of the major reasons, brewers say, is that in recent years, the tourist net has significantly widened, as visitors arrive from more distant reaches of Connecticut, Pennsylvania, New Jersey, and western New York State. And, with services like Airbnb, more tourists are sticking around. And drinking.

“The Hudson Valley has a lot going for it,” says Paul Leone, the executive director of NYSBA. “It has the wine industry, the cider industry, the distilled spirits industry, and that makes for robust tourism.”

The state government has also been a strong advocate for the craft beverage industry, making it far less cumbersome to open and operate breweries—and distilleries, of which there are now nearly 40 in the greater Hudson Valley.

Visiting craft breweries throughout the Valley, one is struck by the camaraderie of this competitive profession. “Everybody is super cool. We’ve been hanging out with some of them forever,” says Pier Di Camillo, cofounder of the eight-month-old Obscure Oscillation Brewing Company, in Poughkeepsie (its opaque name has an equally inscrutable definition).

If you think that the Hudson Valley is too fancy and too expensive for a little guy with a thirst for free enterprise, consider Obscure’s origin story. Along with a childhood buddy, di Camillo, whose day job is at an oil and propane company, purchased a secondhand one-barrel brewing setup for about $6,000. Within a week, they were making a potable product, and soon after, they were bottling it and delivering it to a few local bars.

“We do this after work until 1am,” he says. “It was my dream.” One of their recent potions is called Tree City Oatmeal Honey Chocolate Stout.

On the other side of the Hudson, in Pine Island, Mike Kraai, a former CPA, trod a similar path. In 2014, he invested $120,000 to build a modest brewery called Pine Island Brewing, which soon became successful enough to convert a former firehouse into a large, homey taproom.

Kraai notes that even in today’s crowded Hudson Valley beer scene, it’s possible to make a living while doing what you love. “Yeah, there are a lot of breweries in the valley,” he says. “But the competition is not really so bad. There’s a long way to go before there’s a bubble bursting.” 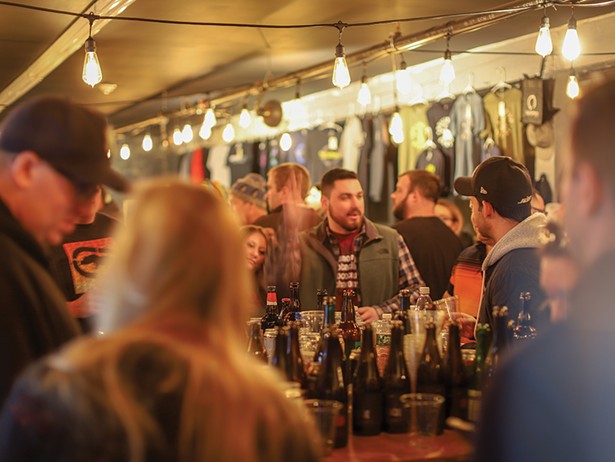 Local breweries are endeavoring to distinguish themselves and build brand recognition with increasingly inventive and whimsical beers, creative can design, enhanced social media campaigns, onsite events and release parties, and expanded taprooms with food. The result? A diehard fanaticism among the ever-growing group of hopheads.

Equilibrium, a two-year-old craft brewery created by two MIT graduates, Ricardo Petroni and Peter Oates, has succeeded on all fronts. Its brews sell out regularly, and on weekends, customers line up outside the brewery at 4:30am to purchase their limited edition beers. On a recent day in April, the brewery turned out its best known blend, Photon, a New England-style IPA, hazy, orange-tinted, and full-bodied. Among their less conventional creations are a beer with hints of pineapple, lychee and peach; another features guava and passionfruit. The experimental beers have equally playful names like a Vulgar Display of Flowers and Vanilla Gorilla.

“Millennials are driving this movement,” observes Paul Leone, executive director of the brewers’ association. “They like choice, they like flavor. It’s hard to believe that when they hit mid-life they simply will choose to drink macro beer and give all of that up.”

Because beer making is a relatively fast process, certainly compared with wine, brewers can react quickly to trends and fads. In recent years, the market has been dominated by New England IPAs—dark, hazy, bitter, and high in alcohol. Now there is talk about IPA fatigue. “IPAs pay the rent, so they’re not going anywhere soon,” avers John Fischer, who teaches beverage classes at the CIA. That said, lighter beers may be making a comeback. “There’s definitely a little movement toward craft lagers,” observes Hutch Kugeman, chief brewer at the Culinary Institute of America and a board member of NYSBA. “Look at it this way: If I go to a bar, I’m going to have three pints of lager because that’s what I do. Can I drink three pints of a heavy IPA? No. I can’t.”