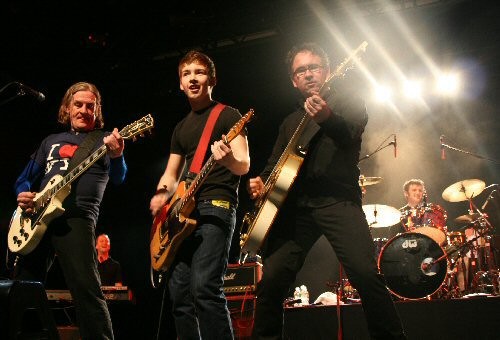 March 8. Speaking of the Emerald Isle, the Saw Doctors began in 1987 as a humble County Galway pub band and these days are, arguably, Ireland’s largest rock export since U2 and Sinead O’Connor. After touring the following year with the country’s other big act, the Waterboys, the quintet unleashed a formidable 18 Top 30 singles, including a number one with the lusty, irreverent “I Useta Lover.” This likely Guinness-fueled evening at the Chance comes the week before Saint Pat’s—which just means the party starts that much earlier. (The Ready Set, All-Star Weekend, and more rock March 1; the Sick Puppies play March 17.) 7pm. $20. Poughkeepsie. (845) 471-1966;
www.thechancetheater.com.