According to Dustin Reidy, Campaign Director for NY19 Votes, which grew out of the #Resistance and Indivisible movements in November 2016, the swell of people who wanted to get involved was immense. "What began last January as people wanting to do something, anything, has turned into folks being pragmatic and realistic and very committed—let's find the best things to do and the best avenues to really make an impact here," he said. The Hill reported that Faso is one of the most vulnerable members of Congress going into the next election. On their website, NY19 Votes states, "If we are going to turn back Trump, defeat Faso in 2018, and win our country back, we have to get out and talk to voters now through election day 2018."

The event that gave birth to NY19 Votes happened on March 12—the 50th day of Trump's administration. It was -10 degrees with wind chill, and about 400 people came out to register voters and canvass across 12 different sites around District 19. Volunteers who had never canvassed before participated and, according to Reidy, many leading campaigns came out of that NY19 Votes framework. "People take that and run their own efforts," he says. "That's the biggest success we've had, and it's the hardest one to measure."

Creating a coalition from the Democratic and Working Families parties, NYPAN (the New York Progressive Action Network), and both the Bernie and Hillary sides, Reidy also notes Republican volunteers work for NY19 Votes's canvassing efforts. "We're trying to engage both voters and volunteers who are looking for better leadership, which pays attention and listens to voters more than to the elite donors and Wall Street who influence elected officials far too much," Reidy explains.

Stemming from NY19 Votes's conversations with voters across the district, Reidy says there are two big changes in the year since Trump's election. The first is that health care is becoming a non-partisan issue. "Folks want health care expanded, Medicaid expanded," Reidy explains. "That view is prevalent in the district, and it's not one that's tied to party lines the way it was a couple years ago." The other change is that volunteer engagement is more powerful than what Reidy has seen previously. "Volunteers want to do the hard, unglamorous work that it takes to win elections and make change," Reidy says. Things like calling people up, knocking on a stranger's door in all kinds of weather, and asking them their thoughts on politics.

"The whole country's on fire right now," Zephyr Teachout told me last summer. The Fordham University Professor and former candidate in both the New York Gubernatorial and District 19 Congressional races elaborates, "Everybody is politically engaged in a totally new way, and there are amazing opportunities for getting involved in local groups. But there's also a hunger for the basics, like, 'What are the rules by which we live? What are some basic ways in which we can get active in politics?'"

That summer, Teachout co-taught a civics class at the Kingston Library to more than 50 adults who hailed from all over Ulster, Dutchess, Greene, and Columbia counties. It was billed as an incubator for future programming, and sponsored by the Hudson Valley-based Good Work Institute. Her teaching partner was former Ulster County District 7 Legislator Jennifer Schwartz Berky. 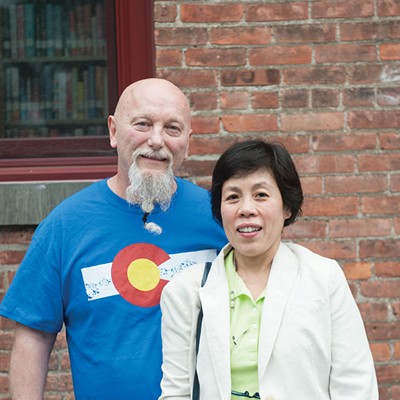 
At the first class, students were handed a pocket-sized Constitution of the United States and tasked with researching all the references to impeachment. There are three. Over four weeks, the course touched upon deep topics like Constitutional Conventions, the Anti-Rent Wars, and the Hudson Valley's Niagara Bottling fight, utilizing classic texts about strategy and the relationship of law to protest, like Martin Luther King, Jr.'s Letter from a Birmingham Jail. Explains Teachout, "You could spend a year on the Constitution, but hopefully an introduction will spark somebody's interest."

During the final civics class, students gave a one-minute summary of their engagement. Some talked about supporting local candidates or working on specific issues like protection of natural resources. Some said the future of activism could include civic technology, a growing industry for grassroots political engagement. The consensus was that students took the class because they wanted to engage in politics more effectively.

For Accord-based Julia Turshen, a cookbook author, civic engagement is a return to fundamentals. Turshen always volunteered her cooking services to charitable feeding programs, like Chiz's Heart Street in Kingston, and meal delivery services for people who are homebound. After the election, scared, frustrated, and overwhelmed, she stepped up her involvement by attending a Citizen Action of the Hudson Valley meeting.

"I had this sense of obligation to be a more involved and active citizen," Turshen says. "But I wanted to plug into an organization." Turshen explained that rather than start something new, she felt it was advantageous to support something that already exists. Citizen Action's lead organizer, Callie Jayne, suggested Turshen start a food team to coordinate meal trains for activists. One year later, Turshen is still doing it, and her latest cookbook, Feed the Resistance: Recipes + Ideas for Getting Involved (Chronicle Books), was published last October.

Folding ongoing interests into new community engagement meant that Turshen's activism would be sustainable. Turshen says, "Honestly it's about being good neighbors—not just for a moment in time. Cooking has been the thing I loved to do my whole life, so how can I do this in new ways that helps better my community? Because then not only do I bring the skills and knowledge I already have, but also I'll keep doing it because I enjoy it." Turshen references the progressive activism mantra: It's a marathon, not a sprint.

Power to the Polls

Many activists blamed Obama-inspired, progressive complacency (or what Urban Dictionary coined "Facebook activism" in 2013) for the election of Trump—in addition to the discovery that Russian hackers had successfully used the social media platform to influence the 2016 American Presidential election by flooding Facebook with fake news stories.

Yet, when Dr. Randy Rissman of Woodstock, a friend of Eve Fox, posted an idea for taking action on the ACA repeal on Facebook, it sparked real-world activism in Fox. "I ended up both writing the letter and then getting people to sign onto it." It was a Google doc with over 90 health care providers' signatures that was delivered to Faso. In February, Fox organized a meeting between healthcare providers and Faso's district director, Ryan McAlister. At the end of March, there was another meeting of 46 health care providers, Health Alliance's CEO David Scarpino, and McAllister at Kingston Hospital. Fox reflects, "Faso was brand new in office, and I thought, 'This is what you do; you try to meet with your Congressperson and tell them your concerns.'"

Recently, however, Fox has limited her activism. "I think activist fatigue is a very real phenomenon. The Trump administration, they're very good at provoking outrage and putting up distractions to keep people busy. I feel like, for a number of months, all I was doing was resisting." Now, Fox is focusing more on self-care and being efficient. "It's interesting, what a difference a year makes," Fox muses. "Knowing that people have limited time and energy, I feel more like it's really important to focus on picking your battles." For Fox, that means turning her attention to flipping the district (voting out Republicans and electing Democrats) in November.

The 2018 Women's March was held on Saturday, January 20, the first anniversary of Trump's inauguration—and it was all about that. An anniversary celebration of the largest coordinated march in history, which happened on January 21, 2017—the day after Trump's inauguration—the original Women's March had approximately five million participants worldwide. In 2018, protesters again gathered in cities across the country, this time, encouraging voter registration, female candidates, and flipping Congress, along with a reiteration of last year's messages about impeachment, racial justice, and feminism. In New York City, protesters turned a city block into a blue wave with sculpted signs that read, among other things, "Vote."