Antonio Ramos and the Gang Bangers, a dance troupe known for embracing nudity and sexuality in their pieces, will be debuting their work-in-progress, "El Pueblo de lo Olvidados: Part 2" (The Village of the Forgotten) at Mount Tremper Arts (MTA) on September 7.

Born and raised in Puerto Rico, director and dancer Antonio Ramos is a trained jazz, salsa, and African dancer. He's been working with the Gang Bangers, a group of eight or so American and Puerto Rican dancers, for more than five years.

Ramos seeks to bring to light both his Puerto Rican heritage and queer pride through his choreography. He laughs when asked how crowds usually respond to his work. "You love it or hate it. It's either black or white," he says. "But it's important to me to share the story in a way that is perceptive and resonating."Antonio Ramos and the Gang Bangers' expression of art is one of many in MTA's Watershed Laboratory Program, whose name nods to the Catskill Mountains as an essential sustaining wellspring for New York City—both aquatically and creatively.

Artists are invited into MTA's space to perform publicly in collaboration with a variety of New York City organizations that will later premier the work. The watershed metaphor is apt, as MTA seeks to incubate fresh ideas and relationships before sending them "downstream" to the city—and beyond.

"El Pueblo," a sci-fi tale, tells the story of Ramos's beloved Puerto Rico in the wake of Hurricane Maria through the lens of an alien invasion. The protagonist, Tony Tacon, returns to his native country to find it under the colonization of an alien species, FIMA. In addition to discovering a secret laboratory and a new, transsexual species, Tony must reinvent himself to help free his people from FIMA's spell.

The story hints at Puerto Rican corruption, a saga which has continued unfolding with the recent resignation of Governor Ricardo Rosselló. Dancers and audience members alike will struggle with ideas of colonization, sexuality, and identity statements as the choreography unfolds. 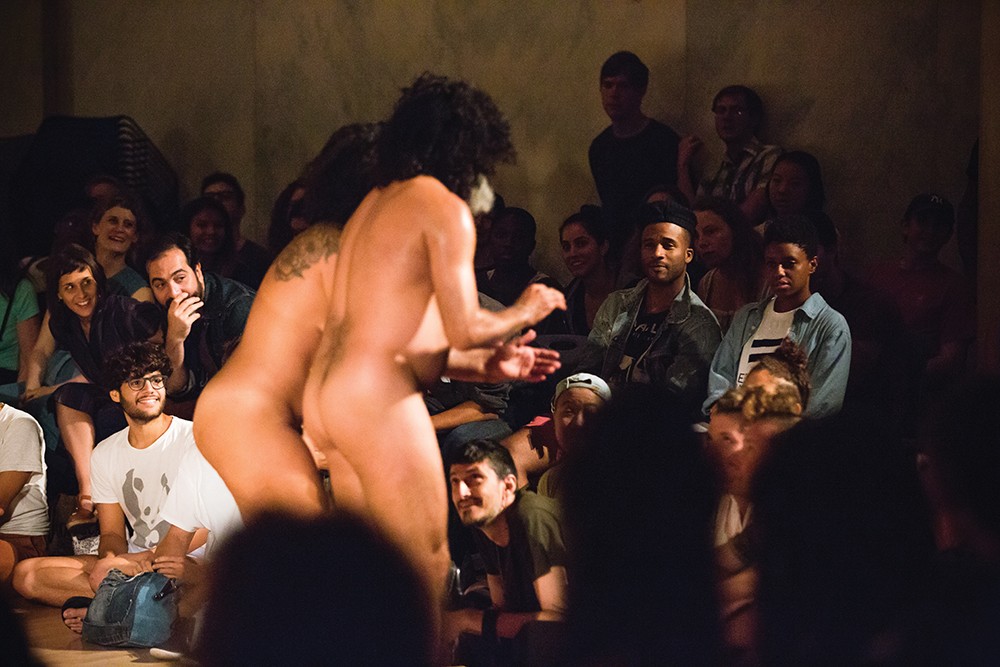 Ramos uses nudity in his work to encourage body positivity and eradicate stigma while celebrating the beauty of the human form. In "El Pueblo," Ramos intends for nudity to amplify the defenselessness that Puerto Ricans feel in the face of endless tides of corruption and capitalism. "Nudity allows for the body to be more of a blank slate, for the audience to imagine how they are socially organized and connected," he says.

Ramos views his piece as a celebration of all bodies, which he says reflects his invitation of all aspects of the queer community. "My work allows the space for the community to experience difficult and sexual expression, celebrate the variation of body, desires, and gender identity," he explains. "The company is queer in its own way, and I myself identify fluidly in my queerness and gender. So as much as I want this to be accepted for myself, I want this to be accepted within the work as well."

Crystal Wei, executive director of MTA, says Ramos's approach to art is precisely what the Watershed Laboratory aims to showcase. "Mount Tremper Arts nurtures experimentation in many forms: in how work is developed, in what artists create, and the nature of performance itself," she says. "We invite our audiences to do the same—come with an open mind and experience a perspective that may be different from their own."

The preshow at Mount Tremper will be the second installment of Tony Tacon's story, the first half of which will debut at Abrons Art Center on New York's Lower East Side in April 2020. The Chocolate Factory Theater in Queens will feature Part 2 in October 2019.

The Mount Tremper performance will take place on September 7 at 8pm and tickets are still available.

Celebrate Pride Month in the Hudson Valley with These Events