THE MYSTERY OF THE SPHINX AND THE MAGIC OF EGYPT 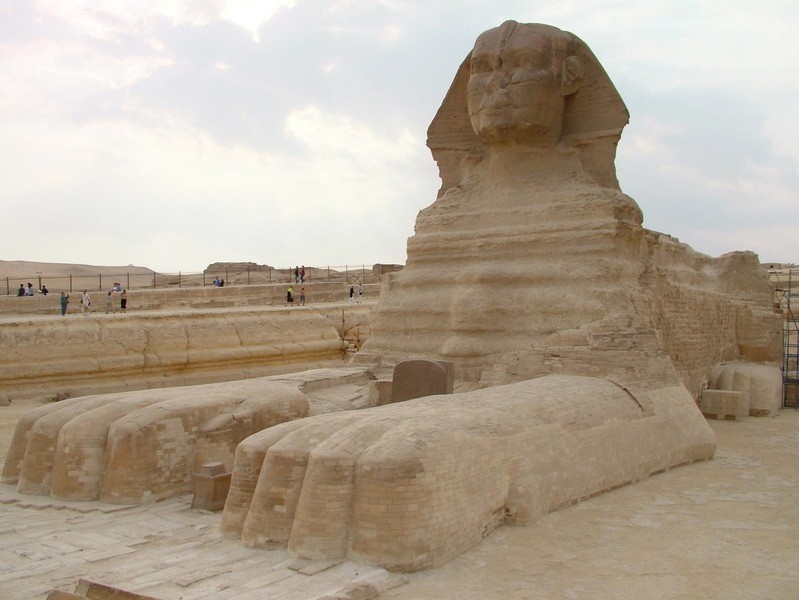 A Lecture and Powerpoint Presentation by John Anthony West

On September 25, 7 pm, at the Beahive, 314 Wall St., Kingston  NY, writer, researcher and rogue Egyptologist John Anthony West will discuss this revolutionary re-interpretation of Egypt, his own long quest to re-date the Great Sphinx of Giza and his recent trip (with geologist/geophysicist/paleontologist Dr. Robert M. Schoch) to Turkey that (surprisingly!) vindicates four decades of research, writing and heated controversy about Egypt.

First discovered in 1990’s, the relatively-unknown megalithic site called Goebekli Tepe promises to be one of the most important archeological discoveries of all time.  It is a complex and profoundly mysterious group of structures incorporating several stages of activity. The earliest, and most impressive features a number of closely adjacent megalithic stone circles, rather like small Stonehenges.  These are made up of pairs of elegantly dressed stone pillars, the biggest weighing between 10-15 tons, many decorated with amazing low and in a few cases high, reliefs  -- (mainly) animals, birds and insects but also so-far-undecipherable symbols.

To date, only 5% of the site has been excavated under the meticulous supervision of  German archaeologist, Dr. Klaus Schmidt. Ground penetrating radar reveals at least 22 more structures still buried. Dr. Schmidt and his team have used several recognized dating methods - all returning similar data - to determine Goebekli’s Tepi’s age. Neither his methodology nor his conclusions are being contested by fellow archaeologists.

If the date were something standard for megalithic structures (say ca. 2000 BCE), it would rank among the more significant archeological discoveries of modern times.  But since the date for the earliest stage of construction is ca. 10,000 BCE, it is, in a word (well, two words) a paradigm-buster.

Gone forever is the standard scholarly account: that prior to the rise of the great civilizations of Egypt, Mesopotamia, the Far East, (ca. 3500 BCE), settled human society consisted mostly (with a few arguable exceptions such as Jericho and Catal Huyuk, which rate as cities and are dated to 7000 BCE or thereabouts) of relatively primitive sparsely populated little Neolithic villages dotted around.  Before that, according to the accepted scenario, human beings were but hunter-gatherers absolutely incapable of sophisticated stone construction, or, indeed, any stone construction.

Once its implications are accepted and digested, Goebekli Tepe must oblige a rewriting of all that concerns the very ancient past along with a rethinking of the evolution of human civilization in its entirety.

And this in turn does away with the chief objection to the West and Schoch’s geological argument about a much earlier date for the great Sphinxof Giza (possibly even earlier than Geobekli Tepe) based upon its extreme precipitation-induced weathering pattern.

Moreover,  those early dates for both Sphinx and Goebekli Tepe lend credence to the Symbolist interpretation of Egypt (the scholarly life work of R.A. Schwaller de Lubicz – the Alsatian genius with the unpronounceable name) that sees and demonstrates in ancient Egypt a profound “sacred” science, a science of cosmic principles, where academic Egyptologists and archaeologists see only (inexplicably) sophisticated superstition.

While Schwaller’s scholarship needs no outside corroboration, the fact of Goebekli Tepe and an immeasurably older Sphinx re-open a book long considered closed by the academic establishment.  Ancient legends throughout the world invariably refer back to a time when humanity was at a much higher level of civilization. All societies, in their myths and legends speak of a Golden Age, a “Garden of Eden” an age when “divine Kings” ruled.  It is now clear that this can no longer be dismissed as the fantasizing of primitive minds.  Anyone who really does believe that we, with our hydrogen bombs, striped toothpaste, Walmart and Disneyland, are truly more civilized than the sculptors responsible for the Great Sphinx or the architects of Goebekli Tepe would do well to avoid this lecture by John Anthony West.  Everyone else will enjoy it.

Bio notes:  John Anthony West's non-fiction books include Serpent in the Sky: The High Wisdom of Ancient Egypt  (a detailed examination of the symbolist interpretation of Egypt), The Traveler's Key to Ancient Egypt, and The Case for Astrology.  He won an Emmy for Research in his Emmy-nominated 1993 NBC Special Mystery of the Sphinx, hosted by Charlton Heston.  He is presently working on the long-awaited sequel, with Goebekli Tepe as a compelling archaeological “Exhibit A”

He has published a book of short stories, a novel, plays, and film scripts.  His essays and criticism have appeared in The New York Times, Conde Nast's Traveler, and many other general interest and specialized publications in America and abroad. He occasionally performs a comedy routine: Stand-up Metaphysics 3.0