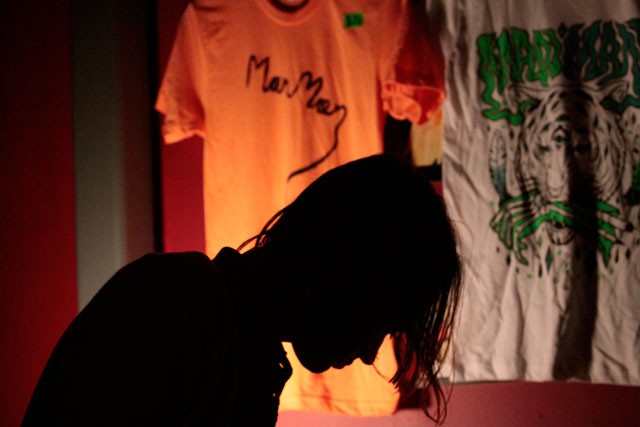 I've just finished your 2014 astrology readings, called The Mars Effect (click for a preview). For the past four months I've been poring over the astrology of the 12 signs, and the result is a beautiful set of written and audio readings that are detailed, easy to follow, affordable and available right now.

You can order by individual sign, or as a Chronogram reader have access to all 12 signs for less than the price of three.

The Sun is now in Aquarius, the sign of groups. The smallest group is that of two people, which is challenging because we are a society that believes in 'majority rules'. In a couple it's easy to have a split vote. Therefore, some form of consensus needs to be used, which emerges as a theme of the week.

The potential to clarify and heal some relationship issues is coming to the fore this weekend, and a simultaneous aspect may grant either the mental stamina to make real progress, or else the pitfall of stuck thinking. The astrology involves asteroid Juno (emotional needs, jealousy, desire for justice) conjoining centaur Chiron (awareness, individuality, healing) in Pisces.

This happens while at the same time Mercury in Aquarius squares Saturn in Scorpion. Both aspects are exact Saturday. So we get a potentially complex emotional situation at the same time there is a stressful aspect influencing communications.

Juno conjoining Chiron in Pisces suggests the possible eruption of stepping out of your past relationship patterns. It might also manifest as a “healing crisis” in the realm of the vision you hold for your intimate partnerships. It looks like Chiron is focusing its laser-beam lens on the ways in which unrealistic romantic ideals and expectations have been brewing lately. That may have been fed by Juno's recent conjunction to dreamy old Neptune.

In any kind of interpersonal relating, it’s one thing to hold out a creative, positive vision toward which to aspire. It’s another thing to proceed as if that vision is your current reality, if doing so ignores the ways in which one is still clinging to outmoded or self-sabotaging behavior models and tactics. Those attachments to what is not working anymore need to been seen and addressed in tangible ways.

The asteroid Pallas in Virgo is in the equation; it's opposite Juno-Chiron, representing a kind of standoff. Pallas speaks to the strategy angle of the equation. Pallas is political in nature, and could represent taking a legalistic or warrior approach when such is unnecessary. Don't overthink your situation, and be careful who you deem an adversary; what you want is a dialog that includes a balance of thought and feeling, and gently working through any obstructions you may encounter.

One aspect mentioned above—Mercury square Saturn—speaks to some potential issues with trust, particularly trusting oneself. If you reach a block of some kind, pause and take up the question of trust. You can only trust someone else when you trust yourself. That is the place to start.