The Good Fighter: Malcolm Nance on the Heels of His Latest Book 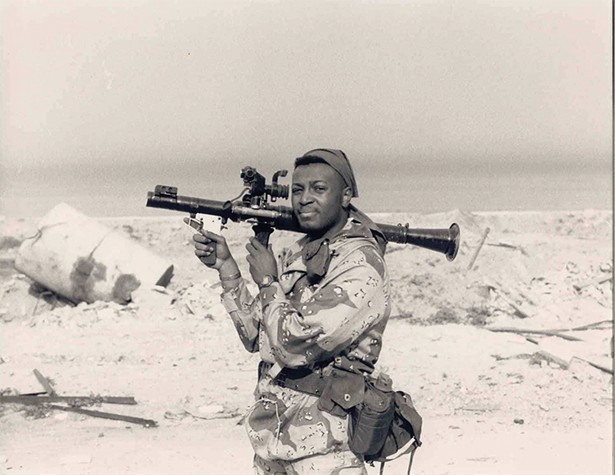 In the tiny Columbia County town of Stockport, about six miles northeast of Hudson and 30 miles south Albany, lies the former WindStott Farm. A working farm since 1886, it's home to horses and other animals. Its rolling fields are lush and green, the sky is blue and clear, and the scent of freshly harvested hay fills the nostrils. The only sounds are the twittering of birds and an occasional whinny from the other side of the weathered cluster of barns and silos at the heart of this 180-acre spread. A picture-perfect slice of upstate New York, it's beautiful and peaceful. And for a crop of the property's non-barnyard-dwelling residents, all this beauty and peace, along with a new start in society, is well deserved.

In 2015, a group of veterans from all branches of the armed forces launched a plan to remake the site into Warrior's Haven, a residential facility where combat vets can receive counseling and skills training in general farm management, agricultural machinery operation, animal husbandry, woodworking, carpentry, and construction.

A driving figure in the effort behind Warrior's Haven is local resident Malcolm Nance, a renowned intelligence and counterterrorism expert, frequent MSNBC and NBC News guest commentator, and prolific author. "My farmer friend, an ex-firefighter who has PTSD, and I wanted to [create Warrior's Haven] because we realized that modern vets don't want to just hang out at the VFW Hall once they're out of the service," says Nance, a decorated 20-year Navy veteran. "They want to be someplace where they can get skills that will help them find work that's fulfilling. With Warrior's Haven, they can stay at this quiet, beautiful place and be in a routine where they get up in the morning and perform the activities on the farm—feed the animals, work in the fields, whatever there is to do—and get useful training."

It's a far different type of training that has informed Nance's nearly 35 years of work in combating radical extremist terrorism. An outspoken advocate of human rights, cultural awareness, and ethical accountability within the intelligence field, he's written such books as Terrorist Recognition Handbook (CRC Press, 2013), Hacking ISIS (Skyhorse Publishing, 2017), The Plot to Destroy Democracy (Skyhorse Publishing, 2017), and his newest, The Plot to Betray America: How Team Trump Embraced Our Enemies, Compromised Our Security, and How We Can Fix It (Hachette Book Group, 2019).

A History of Service

"I come from a very old military family," says Nance, who was born in Philadelphia. "There've been Nances in the service since the Civil War, when my great-grand uncle, Private William H. Nance, was in the 111th US Colored Troops. I took up the slack for a while, and now my niece is serving the Navy." His interest in learning foreign languages was sparked by his surroundings. "The neighborhood I was raised in was predominantly Irish Catholic, but we also had a lot of Orthodox Jewish neighbors and I was really curious about them, with their hats and their locks and the other Jewish customs. So that made me want to know about other cultures." 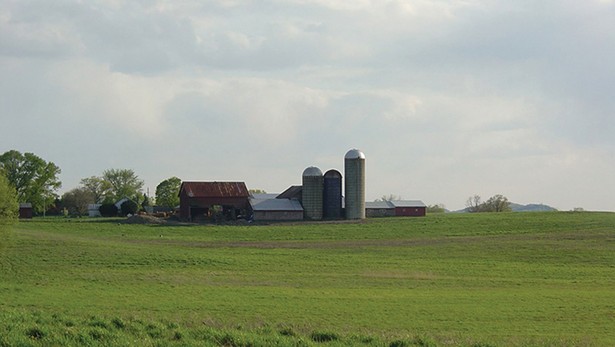 In high school, Nance studied French, Spanish, and Latin, and, on the weekends, Russian and Chinese. His fascination with world events and counterterrorism also came early. "I saw coverage on TV about the [Palestinian militant group] Black September Organization, but the Munich massacre in 1972 was what really locked me into finding out more about terrorism, and I started reading everything I could find about it," he says. "The Cold War was going on then, and I studied what was happening. I started noticing how you had Russia and the KGB popping up in all of these places that were hotspots. I could see that [terrorists and the KBG] had political leanings and that they were bad guys. I wanted to be one of the good guys."

Nance enlisted in 1981, joining the specialized field of naval cryptology. "I came in knowing Russian and Mandarin, and the Navy took value in that, but I ran up against a little racism from some of the instructors," he says. "They were these older Russian guys and they didn't want to spend time on me, because they couldn't see how a black guy who spoke Russian could be useful in the field. But then I started learning Arabic, because, hey, that's a language that someone who looks like me might speak." 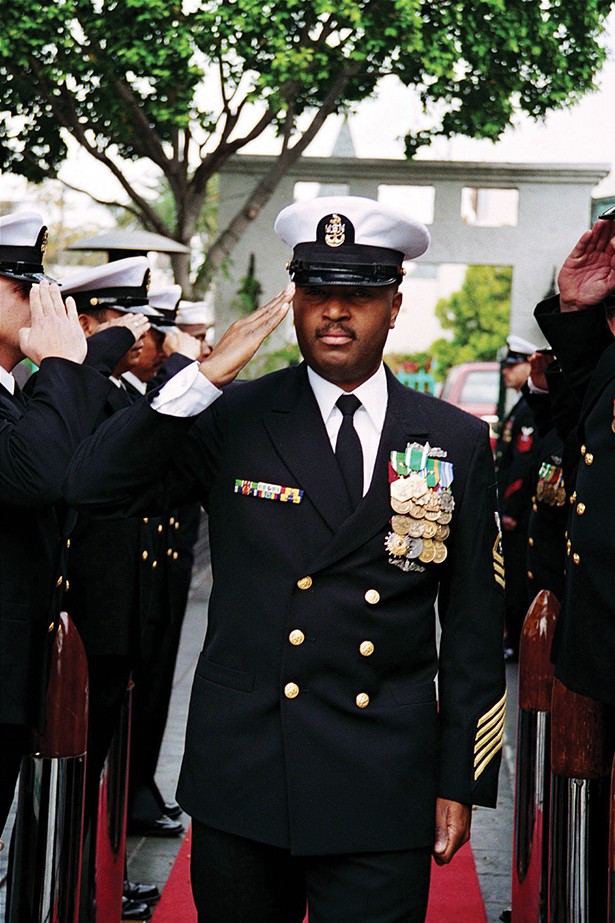 He put his new linguistic skills to swift use, entering the intelligence/counterterrorism wing and becoming an SERE (survival, evasion, resistance, and escape) instructor to train Navy and Marine Corps aircrew members how to survive as prisoners of war. He also took part in the combat operations that followed the 1983 bombing of US and French barracks in Beirut and was tangentially involved in the 1986 US attack on Libya in retaliation for the West Berlin discotheque terrorist bombing and other 1980s operations in the Middle East and Bosnia. He was also instrumental in launching the military's Advanced Terrorism, Abduction, and Hostage Survival course.


In 2001, after rising to the rank of senior chief petty officer, Nance retired and founded Special Readiness Services International, an intelligence support company. On the morning of September 11, he was in Washington, DC, waiting in line for a cup of coffee when the news of the terrorist attacks on the World Trade Center came on the coffee shop's TV. "I knew immediately what [the terrorists] were doing," he recalls. "I had run a secret counterterrorism school for five years, and I had operated near and around al-Qaeda members. And that was something I'd predicted they would try, somewhere: aircraft as weapons systems. Kamikaze."

Nance watched as American Airlines Flight 77 crashed into the Pentagon and went immediately to the site, where he jumped in as a first responder and assisted in the rescue and recovery of victims. When asked about his memories of that day, his response is minimal and appropriately somber: "Horrific."

Nance next moved further into counterterrorism and intelligence consulting, lecturing internationally and serving as an intelligence and security contractor in Iraq, Afghanistan, North Africa, and the United Arab Emirates. In 2007, he learned that James Mitchell and John Jesson, a pair of retired Air Force psychologists, had studied his SERE lessons on resisting the torture practice known as waterboarding and coopted the method for it to be used on prisoners as part of a US government-authorized program euphemistically known as "enhanced interrogation techniques." Nance spoke out, penning an article for the blog Small Wars Journal titled "Waterboarding is Torture...Period" in which he stated that, "I know waterboarding is torture—because I did it myself." After the piece was republished in the Pentagon Early Bird, Nance was called to testify about the immoral ethics of the use of such methods before Congress, where he stressed that the technique, which has been used by America's enemies, was not only cruel but also damaging to the country's global reputation and dishonored those US service members who'd died from being tortured. "I believe that we must reject the use of the waterboard for prisoners and captives and cleanse this stain from our national honor," he told the floor. 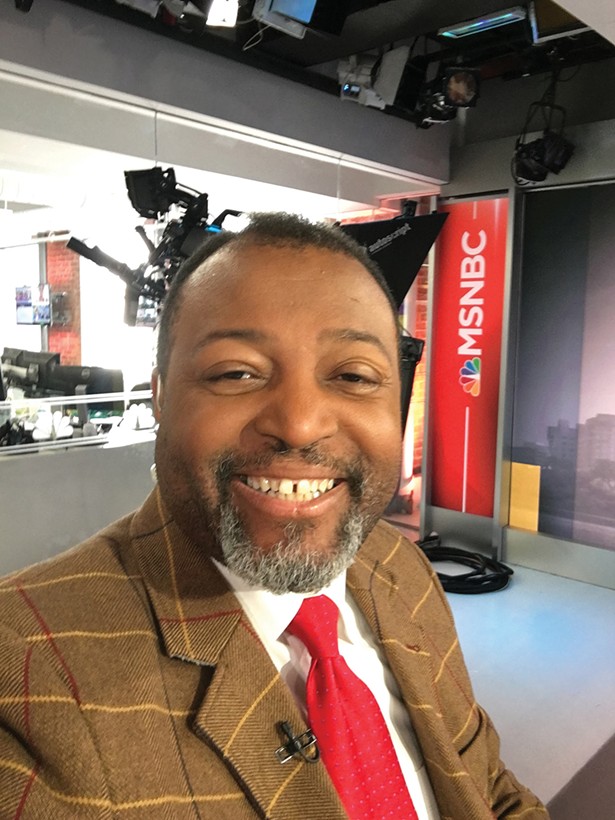 He and his late wife, Maryse Beliveau-Nance, a landscape architect who died this past September, had been living in the UAE when they decided to settle in Columbia County, purchasing a large fixer-upper farmhouse there in 2007. "She was from Montreal and I still have family in Philly, so we wanted to be somewhere that was halfway between those two places," Nance explains. "I love how in this area you have the ability to go from towns to really rural places in the space of a couple traffic lights. Plus, you have Hudson, which has so much going on, and the Catskills and the Berkshires, which are beautiful."

The Easiest of Easy Marks

In 2014, the intelligence expert founded the locally based counterterrorism think tank TAPSTRI (Terror Asymmetrics Project on Strategy, Tactics and Radical Ideologies). In addition to appearing as a commentator on TV, he continues to write for various publications between his book projects.

While The Plot to Destroy Democracy chronicles Russia's weaponizing of America's freedom of speech against itself via the online propaganda that helped to sway the 2016 election, the meticulously footnoted The Plot to Betray America brings the narrative up to the here and now, focusing methodically on the Russian operation to infiltrate the Trump campaign and manipulate the adminsitration.

"I've been studying the KGB and how they operate for my whole career, and I've seen it up close," Nance says. "Vladimir Putin is a former KGB officer and Trump is the easiest of easy marks. Trump's been on Russian intelligence's radar [as a potential "useful idiot"] since he married Ivana in 1977, and what they've done [to influence him] is classic KGB. We're seeing him give Putin exactly what he wants; we just saw it with the Syrian pullout and we're seeing it now with all this stuff that's coming out about Ukraine."

Does Nance believe Trump will be impeached? "I don't know if he'll be imprisoned, but I do think he'll be impeached," he says. "After he's gone, Donald Trump's portrait will be the first presidential portrait to have a black shroud over it."

As the saga in Washington continues to unfold, however, Nance is simultaneously occupied with the activities around Warrior's Haven, which recently received financial support from Hellboy and "Sons of Anarchy" actor Ron Perlman. And, of course, the 2020 election is on his mind as well.

"When I worked in intelligence, my job was to warn Americans when they were in danger, so that's why I feel like I have to write these books," Nance says. "This next election will be the most important election in American history. It's literally going to be about people deciding whether they want a democracy—or an autocracy with a fig leaf of democracy on it."