The First Artist in America 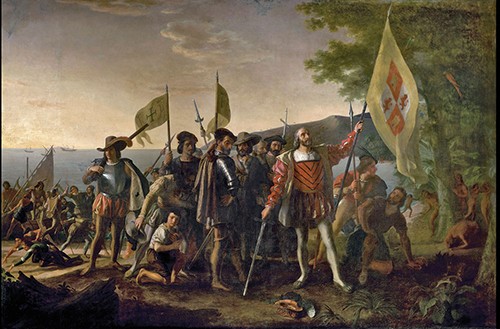 In a world where "Hamilton" is an unmitigated phenomenon, documentary filmmaker Tobe Carey found his own connection to Aaron Burr—a local one. Burr, who was a benefactor of the arts, was a patron and friend to John Vanderlyn—a Kingston native—who died as he lived: ambitious and penniless.

Carey's documentary on Vanderlyn, The First Artist in America: The Life and Times of John Vanderlyn, opens with the following words spoken by historian John Thorn: "the model of the misunderstood, underappreciated American artist going unhonored, unrecognized, [and] uncompensated in your native land starts with John Vanderlyn." Thorn sets the tone for the tale of a man unable to reach his full potential at home or abroad.

Carey began working on his documentary three years ago after reading Alf Evers's Kingston: City on the Hudson. Like his other films (Deep Water: The Building of the Catskill Water System and Stanley's House, about the Pulitzer Prize-winning poet Stanley Kunitz), Carey did not seek out Vanderlyn. The painter seemed to find him. "I'm interested in local history, particularly histories that are amazing or not many people know about," he says. "You don't know where subjects will find you or where they will lead you."

Just after the Revolutionary War began in 1775, John Vanderlyn was born in Kingston into a family of painters. Though Vanderlyn's family was not affluent, he was educated with the children of prominent New York families. When he moved to New York, he met Burr, who introduced him to Gilbert Stewart, one of America's most famous portraitists. After he studied with Stewart, Burr sent him to Paris to study neoclassical painting. There, Vanderlyn fell in love with historical painting.

While his contemporaries trained in England, Vanderlyn became the first American painter formally trained in Paris. This apprenticeship would inform his work and sometimes put him at odds with puritanical American audiences. When he returned to America to show his painting Ariadne Asleep on the Island of Naxos, arguably his most famous work, the nudity caused a minor scandal and resulted in separate viewings for men and women.

Carey felt it was important to try to place Vanderlyn in context with what was going on at the time—the Revolutionary War, the Napoleonic era, and the shaky start of the United States of America. "He ran in some pretty big circles—he knew Burr, Robert Fulton, and Napoleon," he says. "I wanted to show the politics of the art world, which always seems to exist." 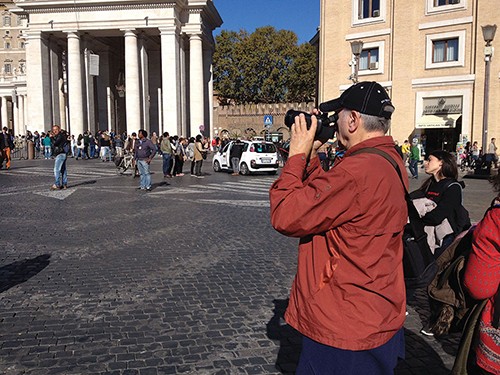 Vanderlyn had huge artistic ambitions and he often fell short of them. Carey says that Vanderlyn often allowed his narcissistic nature to get in the way of his success. "If he wasn't picking fights, he was paranoid in a way," he says. "There was a real world of politics [especially in New York] and he often felt slighted."

Toward the end of Vanderlyn's life, as the quality of his work diminished, he was awarded a commission for the Rotunda of the Capitol Building in Washington, DC, The Landing of Columbus (1837-1847). The painting, which took Vanderlyn 10 years to complete with the help of French artists (who supposedly did most of the work), still hangs in the Rotunda today. Less than five years later, in 1852, Vanderlyn returned to Kingston and died alone in poverty.

Carey hopes there will be interest among local viewers, and that they will feel compelled to research resources in Kingston like the Senate House Museum, which houses the largest collection of Vanderlyn's work. "He always considered Kingston home, and it's the local-boy-made-good story," he says. "He didn't really grow up in Kingston—he spent a lot of time in Europe—but he always came back home."

The First Artist in America: The Life and Times of John Vanderlyn will premiere on May 7 at 2pm in Vanderlyn Hall at SUNY Ulster in Stone Ridge. A Q&A with filmmaker Tobe Carey will follow the film.