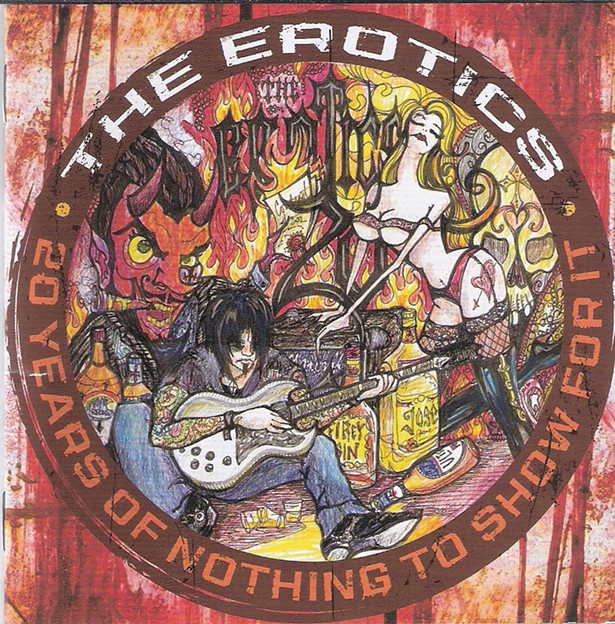 The Erotics
20 Years of Nothing to Show for It
(2017, Cacophone Records)

EROTICS_Got_Drunk_Again.mp3
Update Required To play the media you will need to either update your browser to a recent version or update your Flash plugin.

With the band having no less than 11 releases over two decades, the title of this career-spanning anthology from Albany's stalwart sleazemeisters is bit misleading in terms of recorded legacy, if not monetary gains. Since 1997 the Erotics ship has been helmed by founder Mike Trash (lead guitar/vocals), and while the rhythm section has gone through numerous changes, a commitment to trashy, careening Chuck Berry-influenced riffs and a celebration of the classic debouched rock 'n' roll lifestyle has remained constant. This generous two-CD set (also out on single-disc vinyl picture disc) spews forth 40 cuts of prime Erotics trash rock. Fans of hedonistic action rock a la the Dead Boys, Johnny Thunders, and Mötley Crüe should dig in. "Drunk Again" encapsulates the band's world view: "Drinking Jägermeister and woke up in bed next to Lemmy Kilmister / Oh no, I swear I'll never get drunk again." Not likely.