The English Beat at the Chance Theater 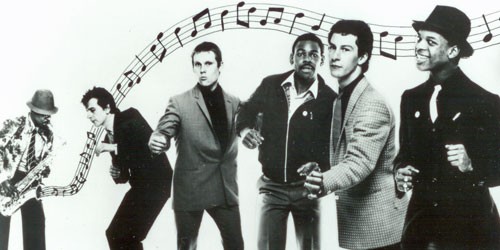 December 8. The Specials, Madness, and the English Beat were the big three of the ska revival that came skanking out of the UK in the late '70s and early '80s. The latter struck new wave gold in 1982 with the non-ska pop of "Save It for Later," and eventually spawned hitmakers General Public and Fine Young Cannibals. But it's the band's 1980 debut, I Just Can't Stop It ("Hands Off She's Mine," "Mirror in the Bathroom"), that established the Beat's mythos, and will likely fuel much of the set when the group headlines the Chance Theater this month. (Savatage's John Oliva visits December 3; Gorguts, Origin, and Nero Di Marte shred December 13.) 6pm. $22.50, $25. Poughkeepsie. (845) 471-1966.

Nightlife Highlights: March of the Punx