In Nordic countries, where the sun goes down by 3pm in winter and the cold lasts the better part of the year, it's important to have a warming beverage to keep spirits up. Glogg, or mulled wine, is the go-to cold-weather favorite in Scandinavia. Simmered in a large pot with fruit and spices, it is traditionally served by the mug during parties.

When local entrepreneur Kevin Davidowich married Amy, a native of Norway, she introduced this tradition to the family. They began making glogg during the winter holidays to serve at parties and bottling it as gifts for friends and family. It wasn't long before the pair, plus Kevin's brother Darren, started thinking about ways to bring this delicious warming elixir to market. When research showed there were no real competitors, in 2012 they decided to launch Hetta Glogg ("hetta" is Swedish for warmth). 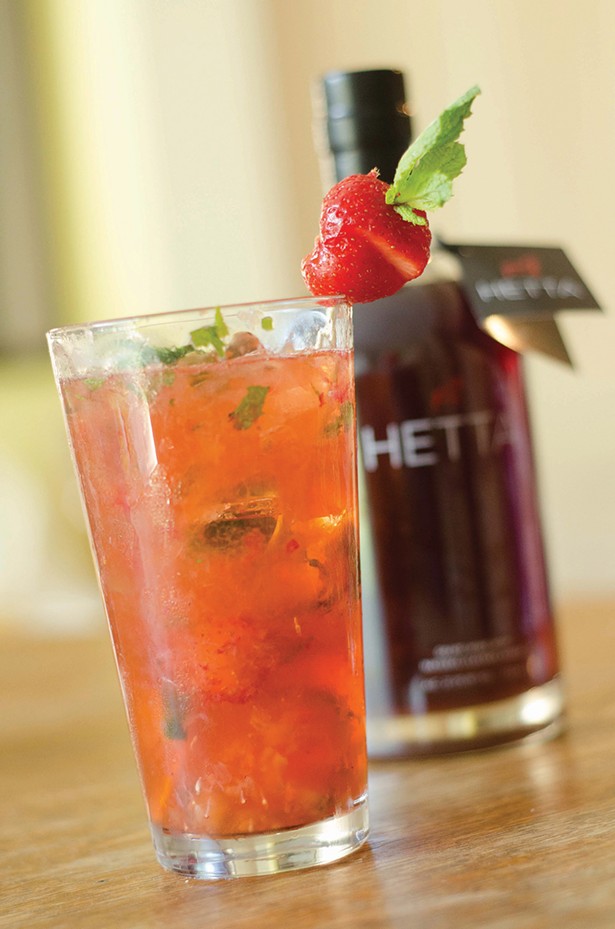 Starting with a base of proprietary port made from Finger Lake grapes, the wine is infused with cinnamon sticks, cardamom, orange peels, and raisins over 10 days in 300-gallon batches. It's then heated and finished with a grape brandy, creating a shelf-stable fortified wine that is 21.9 percent alcohol.

"Glogg is normally something you make in a giant pot. It lasts a few days or a week, and then it's gone until you make it again," Darren says. "But because of the brandy, ours doesn't oxidize like a traditional wine, so you can treat it like spirit and keep it in the liquor cabinet. Suddenly we had it available all year long, so we said, 'Okay, what else can we do with this?'"

They began experimenting by replacing the liquor in traditional cocktail recipes with Hetta. "The Summer Fruit Cup is a spin on the classic Pimm's Cup, with a bit more of a distinctive profile," Darren says. "It is in that great category of margaritas and mojitos—I imagine it being served in pint glasses on a tray to a group of people around a pool on a hot summer's day."

Make it at home or head to the Hetta Glogg tasting room in Kingston's Rondout district to try it at the source.

The original print version of this article was titled:
"The Drink: Hetta Glogg"