I remember when the first editions of Chronogram mysteriously began appearing in the doorways of Upstate businesses 20 years ago. Its size then was closer to a TV Guide, nothing slick or hip about it: uncoated paper, small advertiser section, horoscopes, and local listings of music, film, dance, and yoga classes. But slowly it began to grow into an indispensable guide to what was happening in the area. Over time, we saw the listings include children's events, lectures, workshops, and gallery openings. Month by month our "community" of towns clustered around the river, tucked into the mountains, and spread across our valleys began to feel more connected. Eventually, Chronogram made the giant format leap forward to a big, beautiful, full-color magazine with wonderful features on our local entrepreneurs, farmers, artists, environmentalists and community leaders and their work. Over the past 20 years, Chronogram has helped us to forge a regional identity. We live in a unique area full of vibrant and creative people. I'm amazed (at times overwhelmed) by the variety and abundance of activity. I look to Chronogram for who, what, where and when throughout my year:

Which composer will the Bard Summerscape feature this year? What's debuting at the Powerhouse Theater? How can I donate food to The Queen's Galley? What's on at the Frances Lehman Loeb Gallery, Woodstock Center for Photography, Dia, or Unison Arts Center? How can I volunteer at the Mill Street Loft or Family of Woodstock? What good fight is Scenic Hudson fighting now? Where's the closest farmers' market? What's the lecture series at The Cary or Beacon Institutes? What's on display at The FDR Library? Where can we pick apples? When's the Sheep & Wool Festival this year? What's playing at Upstate Films, Time Space Limited, or the Rosendale Theater? Where's the next BRAWL? Who's headlining the O+ Festival or Mountain Jam? Who's teaching at Omega this weekend?

I can't calculate the size of the loss the region would suffer if bundles of Chronogram suddenly failed to appear next month.

Natalie Merchant is a local musician.

When it was brought to my attention that I had been represented in the very first Chronogram, in 1993, I began to feel really ancient. I had known Jason since he was a talented young Gunks climber, of the generation of my son Merlin. Merlin guided for ten years or so with Jim Munson's Mountain Skills, and then went on to found his own theater company, Airealistic, based in the Los Angeles area. Jason went on to found Chronogram.

In the beginning, as an aging, pragmatic, WASP male, I may have been skeptical that either enterprise would succeed; but I am glad to report they have both been wildly successful. Airealistic has put on shows on several continents, participated in the 2008 Olympics, and flown aging celebrities aloft on "Dances with the Stars." And Chronogram, well, Chronogram has become an enduring fixture of the Hudson Valley landscape.

Chronogram somehow hit the right note of aesthetic, cultural sophistication, and practical usefulness to guarantee its success—a tribute to Jason Stern's instinct and vision—and the talented people he has managed to collect around him. I love the covers, the literary and political content, and the glimpse of what goes on in our culturally fertile neighborhood.

Many poets, writers, and artists of local and more than local renown have been represented in Chronograms over the years; and I am told that I shared the first issue with that scurrilous, demented reprobate, Mikhail Horowitz, who has gone on to horrify audiences all over the Valley, and who I am proud to call, as I do Jason Stern, a longtime friend!

Stephen Larsen is SUNY Ulster Psychology Professor Emeritus, the author of a number of books in print, including, with his wife, Robin, Jospeh Campbell: A Fire in the Mind. He directs the Stone Mountain Center, and with Robin, The Center for Symbolic Studies, near New Paltz. 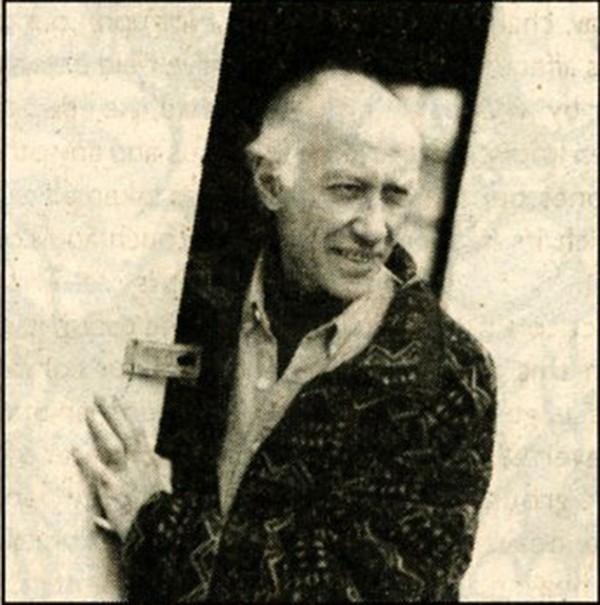 I was there at the beginning, when the magazine, then nameless, was a mere glimmer in the minds of Jason and Amara. They were young, talented, and looking toward the future. They knew they had a future. And as a duo their future possibilities seemed unlimited. Perhaps they knew that. Everybody else did. Of course they had their doubts.

Back in those days—20 years ago?—which might as well be 200 at the rate things are skidding downhill—Henry Hudson's Valley and its level of possible consciousness was a great unknown. Ah, thought they, there may be a place for a little magazine that is open to matters above the trivial, a little magazine that could, and would, challenge, inspire, even shock.