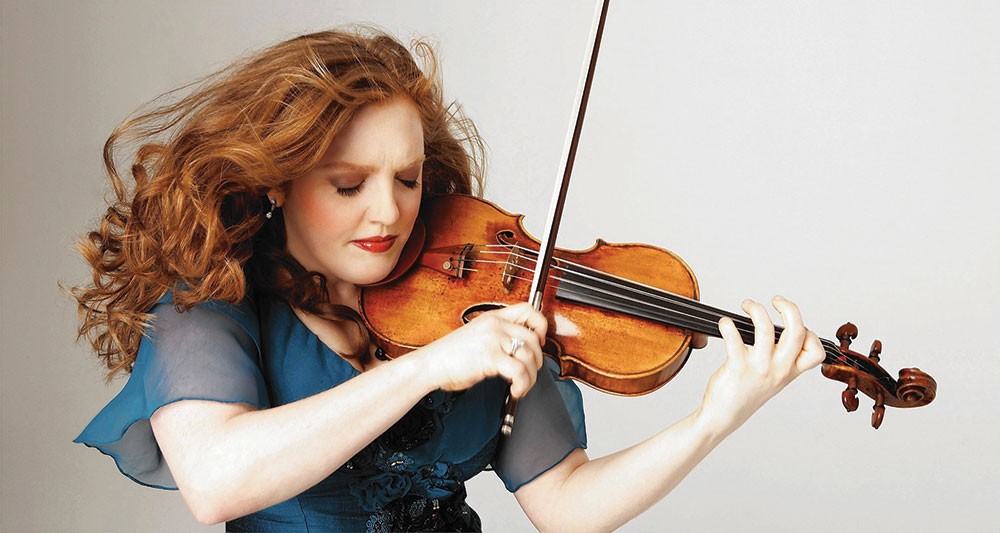 Music and the movies have gone together since before the age of the recorded sound track. During the silent era, solo pianists and sometimes even small orchestras colored the air in early movie houses by providing live accompaniment to the films of the day; when sound was added to movies with the advent of talking pictures, it was no coincidence that music was a key component of the first feature-length talkie, 1927's The Jazz Singer. Recordings of popular pieces from the classical canon were used early on to enhance the impact of cinematic scenes—much like how, later, hit songs of the 1960s and '70s would famously find their way into the films of Quentin Tarantino and others—and many of the most esteemed composers of the early 20th century found work with movie production studios. This long, symbiotic relationship between the two mediums serves as the theme of "HVP: In the Tradition," a specially curated concert by the Hudson Valley Philharmonic at the Bardavon in Poughkeepsie on October 8.

"Film scores are the one place today where symphonic music has a huge audience," says Randall Craig Fleischer, the orchestra's conductor and music director. "They represent a different tradition from the standard concert repertoire, but stylistically they're still close enough [to the classical music most orchestras mainly perform]."

"HVP: In the Tradition" presents the music of three composers whose art straddles the boundary between the silver screen and the concert hall: Danny Elfman (born 1953), Erich Wolfgang Korngold (1897-1957), and Gustav Mahler (1860-1911). Elfman rose to prominence in the early 1980s as the leader of the new wave band Oingo Boingo, and eventually moved into film scoring in emulation of his idols Bernard Herrmann and Nino Rota; his compositional credits include Grammy-winning score for Batman (1989) and "The Simpsons" theme. "HVP: In the Tradition" will feature two movements from his concert series Serenada Schizophrana, which yielded some of the music for Deep Sea 3D (2006). Austrian composer Korngold, another of Elfman's influences, is acknowledged as one of the pioneers of film music and is best known in that realm for his scoring of The Adventures of Robin Hood (1938). The Bardavon program includes his Concerto for Violin, Op. 35 in D major, which references segments of his music from Another Dawn (1937), Anthony Adverse (1936), and The Prince and the Pauper (1937). Mahler, another Austrian icon, was actually a mentor to the child prodigy Korngold. Although he didn't live to see the full flowering of film music, much of his work is in the public domain and often appears on sound tracks. The Mahler piece selected by the Hudson Valley Philharmonic for "In the Tradition" is his Symphony No. 4 in G Major, which was recently used in Inside Llewyn Davis (2013) and TV's "Fargo" and "Boardwalk Empire."

"I'm a big rock 'n' roll fan, and I always tell people who haven't attended a symphonic concert that I feel the same rush hearing this music performed as I do when I see U2 or Santana or any big rock band," says Fleischer. "There's nothing like the feeling of hearing and seeing it played live by a group of 75 people in a hall like the Bardavon. It's incredibly powerful. It'll make your spine tingle and put a knot in your heart."

The Hudson Valley Philharmonic will present "HVP: In the Tradition" at the Bardavon Opera House in Poughkeepsie on October 8 at 8pm. Tickets are $35 to $57 ($20 students on day of show only). Ticket holders are invited to a preconcert talk by Fleischer with soloists and/or members of the orchestra at 7pm. (845) 473-2072; Bardavon.org.