Riding in Cars with God 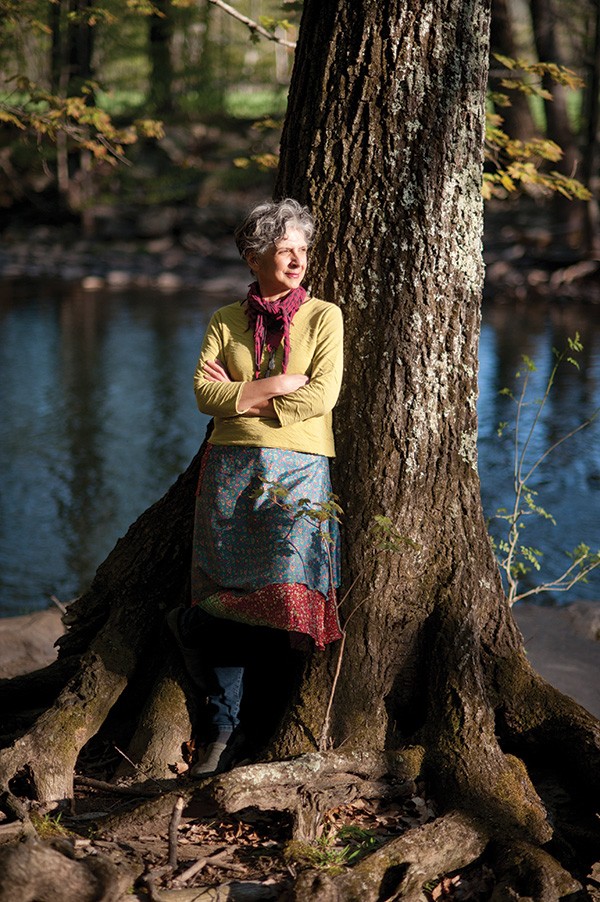 Beverly Donofrio is butting heads with herself. Young Bev and Older Bev are characters in a play the bestselling memoirist is writing, and they don't agree on much.

Young Bev, a smart-girl rebel who'd probably deck you if you called her feisty, first hit the spotlight in Riding in Cars with Boys (William Morrow, 1990); a film version starred Drew Barrymore as the small-town cop's daughter who becomes a teen mother.

Older Bev hasn't been onscreen yet, but she stars in two subsequent memoirs. In Looking for Mary (Viking, 2000), 40-year-old Donofrio starts filling her house with yard sale images of the Blessed Mother. This kitschy obsession leads the lapsed Catholic, with her journalist hat at a skeptical angle, to Bosnian pilgrimage site Medjugorge, where miracles can—and do—happen.

Astonished (Viking, 2013) continues Donofrio's spiritual quest, in the wake of a rape that shakes her to the core. It opens:

"Even though I do know the important question is not why this happened to me but what I'm going to do now; and even though I was 55 and the attacker was a serial rapist in a small town, raping gringo women between 50 and 60; and even though I, along with the entire town, felt like evil had come for a visit and it was not personal; and even though this little round-faced pervert with a big-billed baseball cap woke me in the middle of the night in the middle of a deep sleep in my own bed with a knife inches from my face, I was absolutely shocked that he chose me. This was not supposed to happen; I was supposed to have escaped: I had hot flashes and liver spots and was finally in the final stretch."

Early readers told Donofrio not to open with the rape, but she shrugged them off. "I'm so direct. It's my strength and my flaw," she says. "It was very much going to be 'I got raped, and this is what happened.' It's the inciting incident."

Donofrio recently moved into a rambling house on a Woodstock mountainside. Spring has begun to unfurl from a long brutal winter, and songbirds trill amid quince and forsythia as she bustles around her art-filled kitchen, pouring coffee and plating homemade ginger scones. Yoga-thin, with intense dark eyes and black-and-white hair twisted into a tiny ponytail, she bristles with nervous energy, worrying that the scones will be doughy inside (they're delicious) and hovering over her sweet-faced rescue dog, Charlotte. The knotty pine walls are layered with hand-painted icons and tribal weavings, a holiday garland from India. There's a neat desk flanked by bookshelves, but Donofrio rarely sits there. ("I have ADD," she explains. "If it isn't working, I move.")

At last she settles on the porch to talk about writing a life story with a compelling, improbable arc, from designated bad girl (her parents gave her the initials B.A.D.) to lay Carmelite nun.

If you like your conversion stories salty with a dash of hot sauce, Donofrio is for you. If you don't like conversion stories at all, she may still be for you. Armed with a healthy disdain for dogmatic rigidity, Donofrio gives great phrase, doesn't stint on unflattering truths, and is funny as hell. It's hard to resist a seeker who's disappointed that the Trappist monk who ferries her to a retreat wears "cowboy boots and one of those jackets that looks like it's made from a horse blanket. I'd been looking forward to the white alb with the black scapular—the long bib, front and back—the thick belt slung low, and I'm trying not to mind that the first monk on my monastery tour resembles a rancher. I resist the urge to blurt, 'So how come you're not in your outfit?'"

Whatever Young Bev and Older Bev may think, this is unmistakably the voice of the girl who chose Mr. Wrong at 15: "Raymond was a high school dropout, his brother was a thief in jail, and his father was a Bowery bum. He needed me," Donofrio writes in Riding in Cars. "He was lying on top of me. It was probably too late to turn back now: I had a hood for a boyfriend."

She told Ray she was pregnant at a drive-in screening of The Wild Angels. Abortion was still illegal, and he was eager to marry. But even with a son in diapers, they were teenagers, celebrating the Summer of Love in clouds of pot. When Ray became a junkie, Bev took their son Jason and left, enrolling in community college and transferring to Wesleyan University on a scholarship program. After graduating at 27, she moved to the Lower East Side with 12-year-old Jason. He played pool in corner bars after school and she went out after work, drinking Stoli and picking up men.

Writers Resist at the Bearsville Theater