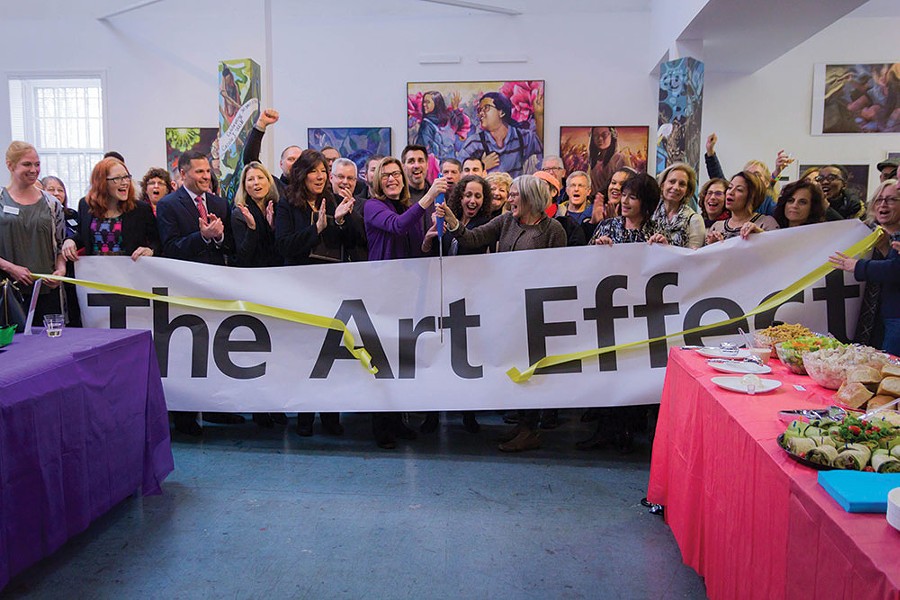 Can two revered nonprofits consolidate resources, merge visions, and become one? It's entirely possible, with the right kind of support. Just ask the folks behind The Art Effect, a newly reimagined merger between Poughkeepsie's Mill Street Loft Arts and Spark Media Project with executive director and Hudson Valley native Nicole Fenichel-Hewitt at its helm.

Launched in 1981 and 1994, respectively, Mill Street Loft and Spark Media Project (formerly known as Children's Media Project) share many of the same goals, including youth empowerment, personal and professional development, and healing through the arts. Carole J. Wolf, Mill Street Loft's founder and executive director for more than 30 years, says the fusion was a no-brainer—and years in the making. "I gave this project its roots," Wolf recalls. "Now Nicole is giving it its wings, and it's flying!"

Students and community members can expect much of the same programming and community outreach from the Art Effect, Fenichel-Hewitt says, including popular programs like the Art Institute. Founded in 1996, the pre-college portfolio review program has helped students over the years win more than $42 million in merit-based scholarships toward higher education in the arts.

In 2017 alone, the group's beloved Dutchess Arts Camp provided some $25,000 in scholarships for children from low-income families to participate in the annual arts summer camp. Likewise, both Mill Street Loft and Spark Media Project hosted more than 1,000 guests at its 2017 events, including numerous art exhibitions and the fifth annual Reel Expressions teen film festival. More than 150 individuals were served at Arts for Healing, the organization's art therapy program. "Our goal has always been to make a big impact, both in Poughkeepsie and in the Hudson Valley," Fenichel-Hewitt says. "We're figuring out a lot of plans to keep growing and serving more students, and have more students access college and careers through our work. It's a very exciting time for us!"

Though the merger was a natural progression, the steps to carry out the fusion weren't taken lightly. Wolf, Fenichel-Hewitt, and Spark Media Project founder Maria Marewski sought help from top-notch legal experts at the National Council on Nonprofits, generous funding from the Dyson Foundation in Millbrook, and support from both organizations' respective boards of directors, who approved the merger unanimously. "The boards will merge as one in 2018," Wolf explains. "I think this will be a good example for our community. There should be more opportunities for nonprofits to merge together." 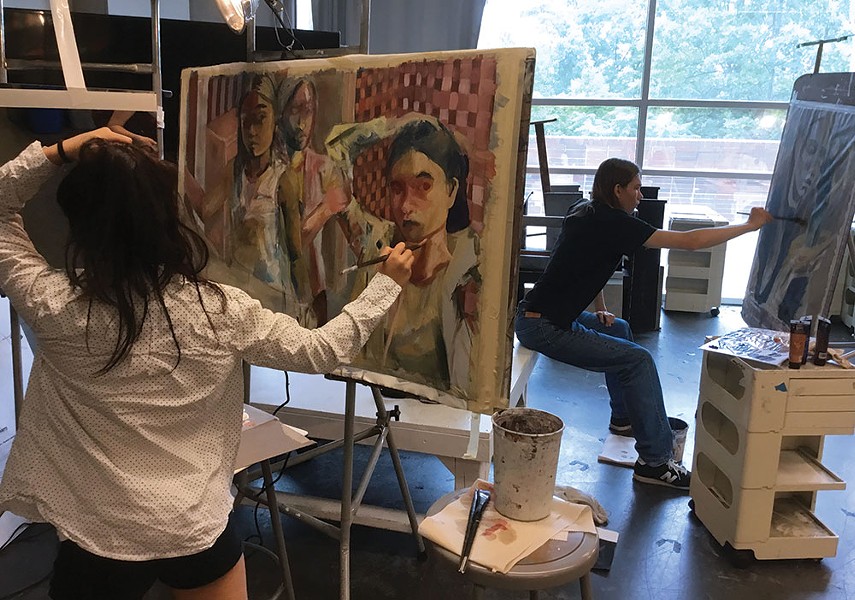 The joint organization's new name, however, was a little more contentious. Both organizations formed a committee dedicated to naming the new nonprofit. The Art Effect was a popular choice, Wolf and Fenichel-Hewitt recall. On one hand, the name sounds almost like the word artifact, which team members from both ends liked. On the other hand, it speaks to the organization's goal to inspire, educate, and spark positive change through the arts. "And, it grows on you!" Fenichel-Hewitt says with a laugh.

The Art Effect's "Senior Project Exhibition" is currently on display in Wolf's namesake gallery and will run through January 9. The organization's next exhibition, "Teen Visions," opens on January 11 and will be on display through the beginning of February. (845) 471-7477.

The original print version of this article was titled:
"Feel the Art Effect"