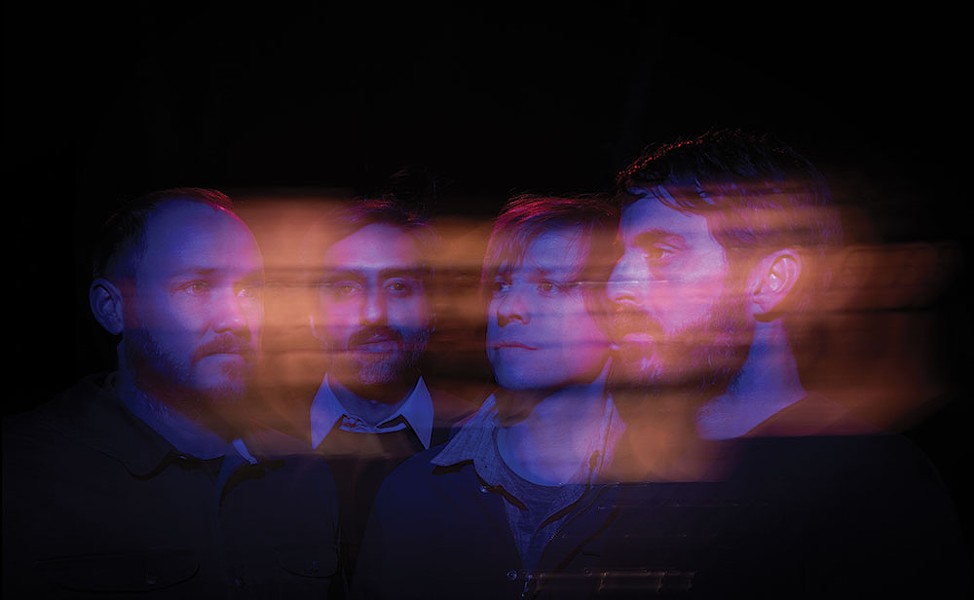 "I grew up in the Pine Barrens in southern New Jersey," says Brandon Stosuy, one of the creators of this month's Basilica Soundscape festival in Hudson. "I lived in a town of 800 people, and there wasn't really any culture nearby. But in the Upstate area, you have this best of both worlds: the space and the outdoors and the beauty, and where Basilica takes place is right next to the Hudson River. So you'll have the charm of Swans playing a set and then all of a sudden you can hear a train in the distance, or people leaving the event to take a dip in the lake nearby. Being from a rural area is a really big part of who I am, and being up in Hudson taps that part of my brain where you're involved in a tight knit community where everybody knows each other and plays a part instead of a 'scene' in a really cynical way, where it's a bunch of outsiders just coming in and setting up shop."

To hear Stosuy—the former editorial director at Pitchfork who recently launched the new Kickstarter-affiliated online publication The Creative Independent—explain Basilica Soundscape, you'd think he was describing a utopian congregation at the height of Ulster County's hippie era. But the weekend-long event actually serves as a showcase for some of the best artists in experimental metal and noise. And given that Tony Stone, an independent filmmaker and Bard graduate who co-founded Basilica Hudson's present incarnation as a "non-profit multidisciplinary arts center" alongside former Hole bassist Melissa Auf der Mar, is an avowed fan of all things heavy, the decision to greenlight Soundscape was indeed an easy one. It also helped that Stosuy had a mutual friend between them in Basilica Soundscape co-curator and onetime Animal Collective manager Brian DeRan to help endorse the concept of the festival.

"I’m good friends with [renowned modern artist] Matthew [Barney], and he and I would do these off-the-grid shows mixing music and art and just weird stuff in various galleries and private spaces," Stosuy explains. "Brian was talking to Melissa and Tony about starting some kind of Upstate festival, and Tony is really into metal. He was at one of our events when [Saskatchewan black metalists] Wold was playing, and he talked to Melissa and Tony shortly after that event and got the ball rolling. Basilica basically models itself after the thing that Matthew and I are always doing, but open to the public as opposed to our regular shows, which are invite-only."

And this fifth year of Basilica boasts perhaps the fest's most impressive lineup ever. Among the featured names performing the weekend of September 16th include Austin instru-metalists Explosions In The Sky, ambient metal titans Wolves in the Throne Room, indie folk chanteuse Angel Olsen, harpist Mary Lattimore, former Mars Volta drummer Deantoni Parks, EBM revivalists Youth Code; with spoken word performances from the likes of Throbbing Gristle/Psychic T.V.'s Genesis P-Orridge and actress Amber Tamblyn as well as visual artists Cal Lane, Lisa Laratta and Heather Benjamin among others. For Stosuy, the gradual increase in interest amongst the acts looking for a spot on the bill is a testament to the organic and communal nature of the festival.

"The thing that's worked for us is that each year more bands hear about it through word of mouth," he reveals. "That's enabled us to get acts that maybe in the past we couldn't get. It's not a sponsored, Coachella kind of thing where you'll get six figures to play; our budget is not huge, so it's more about getting people who really want to be there. When Swans played, [front man Michael] Gira saw it as the opportunity to play a show locally, because he lives nearby. And those guys actually picked up some additional gear that we needed that year from SIR Studios in New York and played for us at a reduced rate because we couldn't handle what they normally charge. This year, Explosions in the Sky really wanted to do it, and this year it just worked. Once the artist is into it and wants to do it, it's not so much about the agent who might handle booking them, but more about the actual talent having the desire to play Soundscape because of what it is as opposed to turning a profit."

Basilica SoundScape takes place September 16-18 at Basilica Hudson. A weekend pass is $75; other packages are available.