What kind of vegan eats meat? 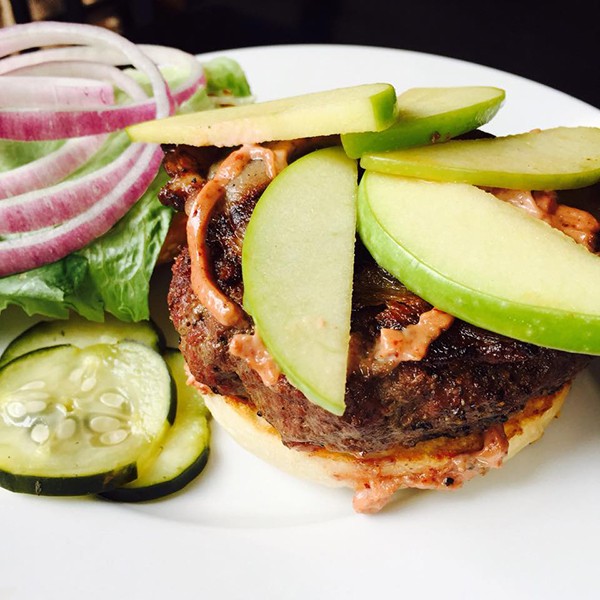 One that sticks to the ethical restraints of a vegan diet, or “an equitable, ethical relationship between human and other living creatures” as the American Vegan Society puts it, by eating at places like Grazin’.

The Hudson branch of the farm-to-table restaurant, Grazin' Hudson, was the first Animal Welfare Approved (AWA) restaurant in the world. As of March 2015, the second is Grazin’ TriBeCa, the latest locally-sourced eatery from farmer/owner Dan Gibson.

Gibson and his wife, Susan, own and operate Grazin’ Angus Acres with their daughter, Christine, and her husband, which provides beef, chicken, eggs, pork, and dairy to their restaurants, along with a few other small family farms.

To become AWA official is no small feat; The group has the strictest farm animal welfare standards in the country. All animals must be pasture-raised, and only independent family farms who raise all animals of a given species are eligible.

The AWA is the only program that prohibits more than eight hours of transportation for the animals. For beef cattle, all non-live traps, snares, and leghold traps are prohibited when protecting cows from predators. The chickens’ living quarters have to be large enough to ensure maximum ranging and foraging capabilities. They don’t allow the artificial insemination of laying hens. Piglets can’t be transported until they’re at least six weeks old.

Now that food industry documentaries like Food, Inc. and Supersize Me have become a genre of their own, people are more aware of the food they’re consuming and its origins. At Grazin’ TriBeCa, diners can enjoy a guilt-free meal with strong family values.

In an interview with the Village Voice, Gibson’s son-in-law, Andrew “Chip” Chiappinelli, recalled one vegan woman who went to Grazin’ twice a week to eat burgers during her pregnancy.

"People come here for a burger and say it's the first time they've had meat in fifteen years," he said.

Gibson is already working on expanding their locally-sourced restaurants to Philadelphia and Chicago, where they’ll only use Pennsylvania and Illinois products respectively.

For more info on the restaurant, visit Grazinburger.com. To look over the long list of standards enforced by AWA, visit Animalwelfareapproved.org.