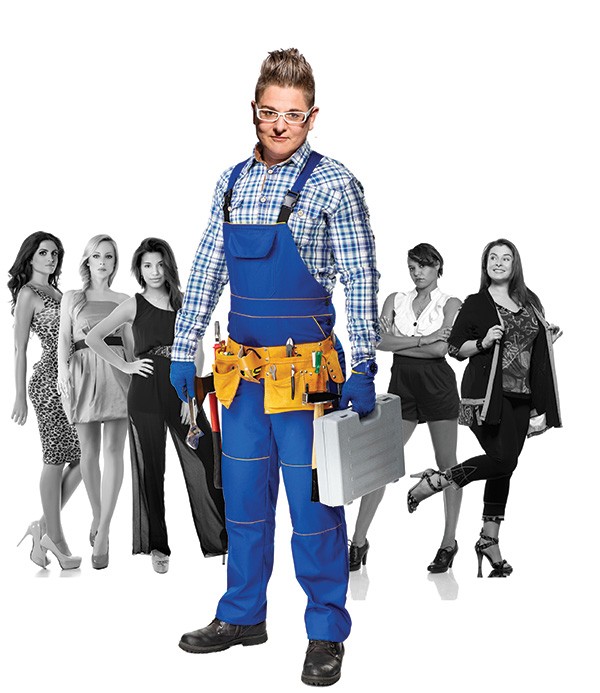 "Wouldn't it be great if one day, there was so much visibility for gays and lesbians," says actor and comic Julie Novak, "that when I was walking around, doing whatever it was I was doing, people would go: There she goes again, using her lesbian privilege to get ahead."Novak will be bringing her raucous and revealing one-person show, ""America's Next Top: One Top's Hysterical Take on Life, Love, Tools, and Boxes," to the Rosendale Theater on November 22 at 9:30pm. An investigation of gender identity by someone who's never quite fit in to a neatly identified gender category, "America's Next Top" plays to Novak's strengths as an impressionist and singer while mining her often confusing experiences as a gender-indeterminate human being. (845) 658-8989; TMIProject.org.

Listen to an interview with Julie Novak on Chronogram Conversations.