Late-'60s British rock was home to a handful of truly great voices: Steve Marriott, Chris Farlowe, Eric Burdon, Steve Winwood, Rod Stewart. But, outside of those, few others soared nearly as high and soulfully as that of Terry Reid, whose searing, goose bump-inducing wail rightfully earned him the nickname "Superlungs" (a partial reference to his tour-de-force version of Donovan's "Superlungs My Supergirl") and the adulation of the Queen of Soul herself, Aretha Franklin. On November 17, the Hudson Valley will have a golden opportunity to get a golden earful of Reid's vocal majesty when Superlungs himself lands at Colony.

"I was supposed to play the original Woodstock Music Festival," says Reid by phone. "I was waiting with Joni Mitchell to get on a helicopter to go and do it. But then the management told us the helicopter charter company wanted too much money, so our appearances were being canceled. But I'm sadder for her than me—after all, she ended up writing that big hit song about it [1970's "Woodstock"]."

Besides the above singers, perhaps the only other two other comparable contemporaries in Reid's UK orbit were his friend Robert Plant, who he famously recommended to Jimmy Page when the guitarist tried to recruit Reid for Led Zeppelin (at the time, Reid's own band had been booked to tour with the Rolling Stones and Cream, so he couldn't accept the offer; he also suggested Page check out Plant's drummer, John Bonham), and Ian Gillan, who assumed the lead singer slot in Deep Purple when Reid passed on that position as well.

Born in Huntingdon, England, in 1949, Reid has been singing practically since his super lungs drew their first super breath. By age five, he was standing on empty crates and serenading his mother and her coworkers while they picked fruit in the summer. Next came a steady stream of talent-show awards and, at 12, membership in school beat band the Redbeats, with whom he played guitar as well as sang. In 1965 he joined Peter Jay's Jaywalkers, cutting a couple of singles with them and one on his own before forming a power trio inspired by the Jimi Hendrix Experience and Cream. With that group and producer Mickie Most, he recorded two early hard rock landmarks: 1969's Bang Bang You're Terry Reid (with a crushing cover of Donovan's "Season of the Witch" and his own "Without Expression," also recorded by the Hollies and Crosby, Stills, Nash, and Young) and 1969's Terry Reid (released in England as Move Over for Terry Reid; it includes the aforementioned "Superlungs My Supergirl" and the originals "Speak Now or Forever Hold Your Peace," later covered by Cheap Trick, and "Rich Kid Blues," redone by Marianne Faithfull, the Raconteurs, and others).

At the dawn of the 1970s, Reid relocated to California, from where he's continued to release the occasional album between working as a session man on records by Bonnie Raitt, Jackson Browne, and others and touring the world. His newest release is The Other Side of the River, an expanded reissue of his rare 1973 album River.

"If you feel like you have to try to play rock 'n' roll, you're doing the wrong thing," says Reid, who recently cut four songs for Aerosmith guitarist Joe Perry's upcoming album at Johnny Depp's home studio. "It's not something you can really learn—other than by just doing it."

Terry Reid and the Derelicts will perform at Colony in Woodstock on November 17 at 8pm. Jennifer Maidman will open. Tickets are $12-$15. For more information, call (845) 679-7625 or visit Colonywoodstock.com.

The original print version of this article was titled:
"Golden Throat" 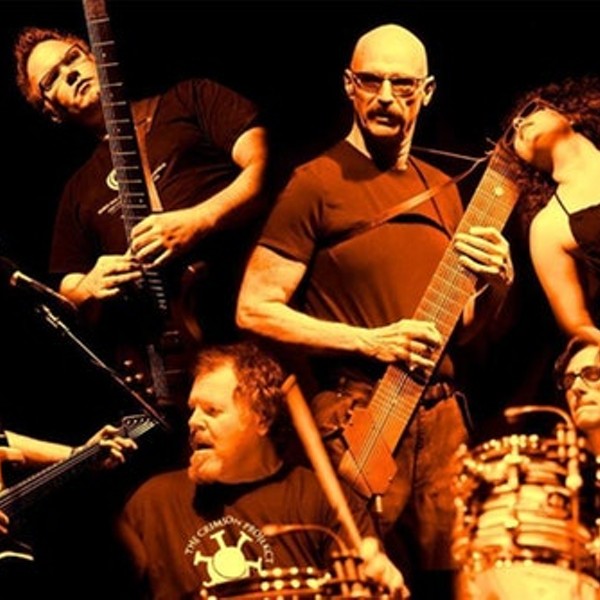