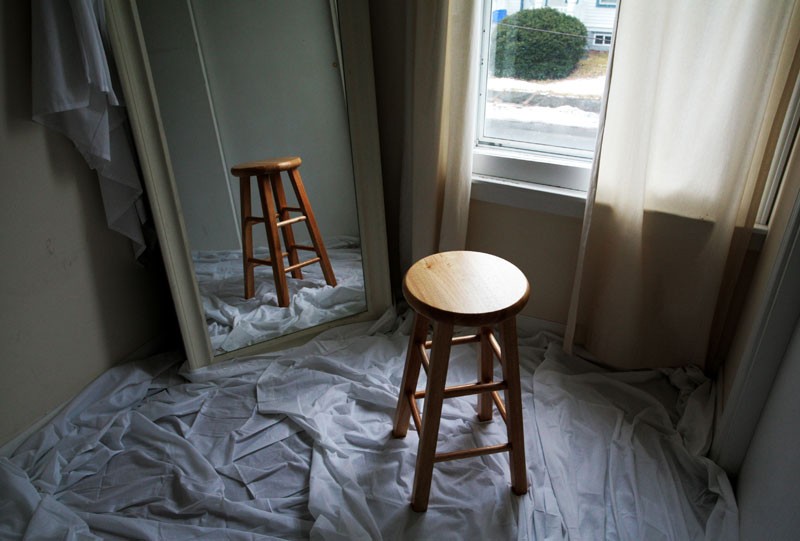 What would it take to bring on a sexual revolution? What about a relationship revolution? Perhaps more to the point, why do we need these things?

This week, Venus, a planet representing values, love and sex (among a few other things), passes through the Uranus-Pluto square. That's the rare, slow-moving planetary pattern that I've been calling the 2012-era aspect. Though I don't toss the word around lightly, this is revolutionary astrology; according to astro-historian Rick Tarnas, the word 'revolution', in the political sense, came into common usage during a Uranus-Pluto phase associated with the French Revolution era in the late 18th century. (Read an interview with Tarnas here.)

This happens as the Scorpio Sun and Taurus Moon approach full opposition—the Taurus Full Moon on Sunday. I'll come back to that in a moment, though this month there is a third point in the Full Moon equation, the centaur planet Nessus in Aquarius. Nessus is taking the deeply personal material of Taurus/Scorpio, running all that intimate subject matter through question of 'what everyone else might think'.

Let's stick to Venus for now, which is the "ruler" of Taurus, and is also the "dispositor" of the Full Moon. When we experience an inner planet such as Venus making direct contact with a vast, generation-defining aspect like Uranus square Pluto, the qualities of outer planets manifest personally, in ways we can feel, see and often experience directly.

That's happening this week, as Venus in Capricorn makes a square to Uranus on Thursday evening and a conjunction to Pluto less than 24 hours later. The aspect has been in effect all week and will continue to have an influence through the weekend and perhaps a bit beyond, carried by the momentum of the Full Moon.

Venus contacting outer planets in this way is deep astrology, provoking both inner shifts and direct, physical experiences that might lead you to question your various relationship situations. You might be experiencing some form of desire that goes against the presumed rules. You might find yourself thinking, wanting to do, or actually doing things that would shock your mother.

This scenario takes the revolutionary energy of Uranus-Pluto and makes it as personal as it gets. In the sprit of this astrology, here is my handy five-point guide to sexual revolution.

1. Make friends with your desire—whatever you may want. Consider the idea that what you want is natural. Agonizing over "right" and "wrong" is a form of self-judgment. If you want to conduct yourself in a clear-headed and ethical way, judgment is not going to help. Making peace with how you feel and your most basic desire nature will definitely help.

2. Tell the truth about what you want, especially to the people you hold as intimates. Concealing desire and one's true needs, it's possible to live within a relationship in a totally deceptive way, as these needs really can represent our bottom line. I recognize that speaking the truth can have serious implications—a fact that is highly informative on its own. Make a list of everything you have not told your partner but want to, and see what that tells you.

3. Understand how you came to believe that the rules you think you're supposed to follow are the rules. Do you really think they are helpful or even possible to use meaningfully, or are you following along just because it seems like the thing to do?

4. Notice the ways you might project one thing but want or feel another. Are you trying to create an image of being prim, proper and pristine, while secretly wrestling with all kinds of murky and/or yummy stuff? Is this leading you to be something of a hypocrite, or to be caught in approach-avoid behavior? If you're trying to convince yourself and everyone else that you're a prude, what purpose is that serving?

5. Make contact with the dark side of desire—which could be jealousy, control, guilt or some form of self-destructive tendency. This can include what you think of as wrong. Where there is light, there is shadow—especially here on the planet of dualism. The dark side needs to be in the conversation. When it's denied, it becomes chaos. When engaged consciously, it has a way of becoming enlightenment, creativity and passion.

Here is a bonus sixth theme—what would it take for you to be an individual in your relationships? Often individuality is the first thing sacrificed for a relationship, which can only go so far. Eventually your "real self" wakes up and wants to participate. The 'real self'/'relationship self' deserves a good look—and under the current astrology it just may get one.

This weekend's Full Moon in Taurus (with the Sun in Scorpio) is likely to raise these questions even more poignantly than Venus-Uranus-Pluto would by itself, though there is a deeper issue: the extent to which the sexual wounding of others has a contagious quality. This Full Moon raises the issue of peer pressure, which is something that can stalk us all our lives unless we actually do something about it. In other words, many people respond to their own sense of injury by attempting to limit others, and this can result in some harsh cultural rules about what is supposedly appropriate.

You not only have the right to make decisions about what is right for you, based on your own values, you have a deep responsibility to yourself to do so. This is especially true when it comes to the decisions you make based on your physical body and your emotional state; decisions that are based on the love and sexual contact you want.

Mercury is still in Scorpio, moving with slow intensity after its recent retrograde. It's approaching a trine to Chiron. You might find that people you're close to are more open to a real conversation than you would have expected. If you are telling yourself you cannot talk about something because someone else might get upset, look deeper. Your choices certainly impact others, but your life is about you before it's about anyone else.