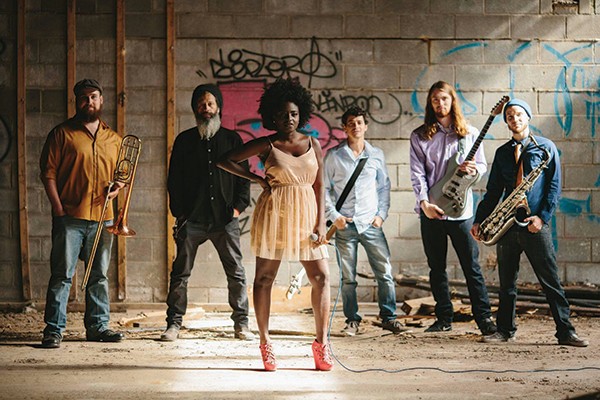 The public art space that exists inside the old Beacon High School is one of the most progressive and promising community projects currently happening in America today, and a sight to behold upon a first visit to the building in its new purpose.

"The Felice Brothers recorded their last album down the hall," explains Beacon native Rob Kissner, bassist for the local reggae/ska outfit The Big Takeover, as he welcomes me to his own Cassandra Studio, located in an old art classroom. The band is in the process of recording a new album, the follow up to 2014's Children of the Rhythm. And, like its predecessor, this still-untitled work is presently being beautifully produced by Kissner with a crispness and clarity that proves why he's becoming one of the more in-demand producers in the Hudson Valley (just ask Real Estate, who are demoing songs for their next album at Cassandra).

For those of us who've survived the ska invasion of the 1990s here in the Hudson Valley, we remember the days when groups like Perfect Thyroid, Como Zoo, and The Schematics reigned supreme and national acts like The Mighty Mighty Bosstones and Mephiskapheles would make regular stops at The Chance. But in 2016, The Big Takeover is pretty much the only game in town if you want your fix for "fine roots reggae from Upstate," as the headline of their website testifies, that encapsulates both the classic riddims of both 2 Tone and VP Records in a way that's never been heard before.

"There's always a strong third wave around here," reminds frontwoman NeNe Rushie, in regards to the still-existent local ska scene. "But what we do is so hard to put in that category. Because some people will be like, 'Oh, they're a reggae band.' But then we'll play in front of an audience who is listening for reggae, and they won't identify what we do as reggae reggae, because everything that we do has a weird quirk to it that doesn't exactly fit in the pocket of a specific genre." 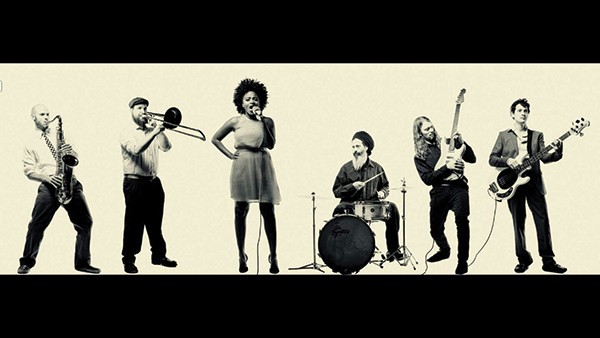 Rushie, a native of Jamaica from the island's more rural east coast, sings in a way that recalls Lady Saw if she recorded in the Joe Gibbs era, blessed with a voice seconded only by her stunning beauty. Beside her is a varied combination of musicians who have mastered the art of intuition in terms of their interplay, including guitarist Kerry Shaw, Andrew Vogt on the trombone, sax player Chas Montrose and the great Hector Becerra on drums. But in the grand tradition of Robbie Shakespeare, Bill Laswell, and Paul Simonon, it's Kissner and his bass guitar which provides the rock solid foundation that makes The Big Takeover most worthy of sharing a name with Jack Rabid's long-running music magazine and a crowd favorite from a certain Washington, DC, punk institution.

"A lot of people think we got our name from the Bad Brains song," he explains. "But it actually comes from the film Rockers."

"Well, because of the Rockers movie," adds Rushie. "Rob and Sam—our original drummer—back in the college days they used to go to parties with their own music they wanted to play and they would stage the big takeover and get on the controls, because they saw it in the movie. So when it came time for them to form a reggae band, there was no other name."

On May 14 at the Bearsville Theater, the band will open for Gary "Nesta" Pine, the UK-born toaster who until recently fronted The Original Wailers but who is perhaps better known for his vocal performances on the work of French house producer Bob Sinclair. Tickets $15 in advance; $20 day of show.

Speaking of The Big Takeover

Spring for Sound Festival Set for Next Month

CD Review: Children of the Rythm