This might come as a real surprise to Saugerties weekenders and day-trippers, but this cutesy Mayberry-on-the-Hudson with a fanciful Victorian facade is just a touch complicated. How can it not be? Its history as a community began thusly: Indigenous Esopus tribe inhabits land where the Esopus Creek and Hudson River meet. Dutch settlers show up in the 1600s. Chief Kaelcop of the Amorgarickakan family trades the land where present-day Saugerties is for some textiles and trinkets to Governor Andros in 1667. Local history paints the exchange as hunky-dory, but the agreement has "It's Complicated" written all over it. After all, it's not like interactions between European settlers and indigenous peoples exactly began and ended with hugs and kisses.

The Industrial Revolution brought its own prosperities and, later, complications when mills shuttered and passenger rail ended. Some businesses in the village trace their roots directly back to those heady industrial days in Saugerties's history, like Montano's shoe store, the Dutch Ale House, and the Orpheum Theater. Even the Exchange Hotel, Saugerties's own venerable former-flophouse-turned-boutique hotel (not to mention respected local dive bar) has a facade that still sports awnings, much like it did when it was built in the mid-1800s.

And then, more complications arrived in the 1950s-70s, when parts of the town and village fell into disrepair, much like the Coast Guard station near the Saugerties Lighthouse when the lighthouse closed down in 1954. However, thanks to grassroots efforts, the late 1970s brought a renewed interest in preserving Saugerties's history, which landed Saugerties Lighthouse on the National Register of Historic Places in 1978. In the 1980s, the eight blocks that make up Saugerties's village center were also added to the National Registry, the first commercial district in the country to be so designated. Since then, local businesses like Mother Earth's Storehouse, Smith Hardware, and Inquiring Mind Bookstore & Cafe, which remains the Little Indie Bookstore That Could, settled into the village and have remained viable ever since.

Then, Horse Shows in the Sun (HITS) rode into town in 2004, and with it, an influx of equestrians, high-season day-trippers, and short-term renters, ushering in a new era of tourism-based business opportunities in town. Green, the village's favorite Mid-Mod home design store, also opened in 2004, and is now expanding its operations to include stores in Downsville and Long Eddy. 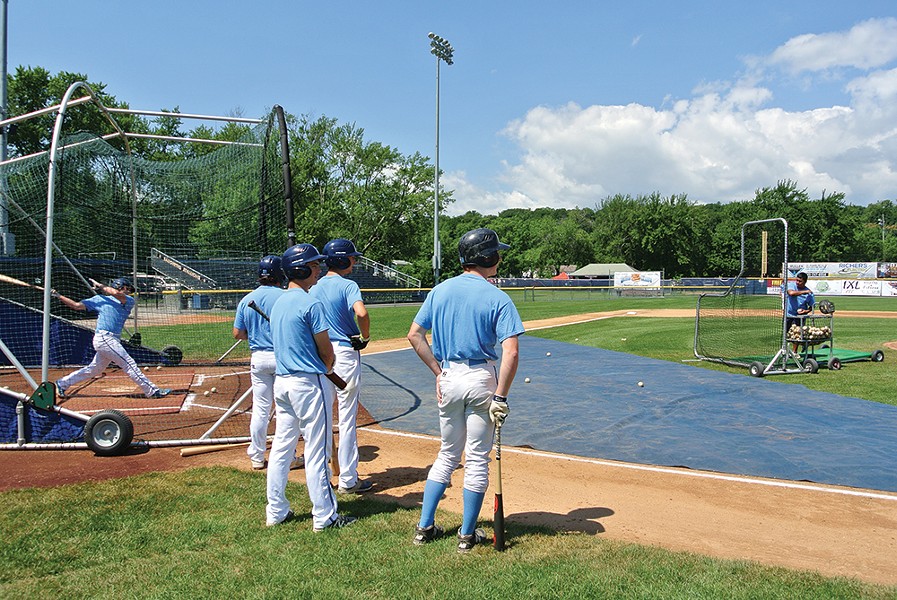 But a few of Saugerties's longtime businesses have recently decided to move on. DIG owner Daisy Kramer-Bolle and her husband, Van, first opened the shop at 123 Partition then moved it up the block to 89 Partition. Now, they plan to close their Saugerties storefront in the spring and focus selling their wares over in neighboring Woodstock at Woodstock Design/Woodstock Trading Post on Tinker Street, formerly run by Kramer-Bolle's parents, Robin and Mike Kramer. While Kramer-Bolle, a Woodstock native who relocated to Saugerties from LA in 2005, considers DIG's tenure in Saugerties a positive experience, rising operating costs have made it impractical for the shop to continue in the village.


Partition Street Wine Shop, which also opened during the early `00s, has transitioned from regular brick-and-mortar shop to a wine collective that offers curated, customized monthly delivery of small-production wine, cider, and spirits.

Out on Route 212 in the Town of Saugerties, New World Home Cooking slung its last plate of blackened green beans last April, after keeping the fires burning at that location since 1998.

Meanwhile, for other Saugerties-based ventures, it's a new dawn. Just ask Jennifer Hix. The Saugerties village resident is currently gut-renovating 11 Jane Street, a long-time arts space in the village, into a shiny-new arts and performance space with a focus on creators workshopping their new creations, as well as both short and long-term residencies for visual and performing artists. Community involvement is the key to the heart of the 6,000-square-foot Victorian, says Hix. "It's hard [for artists] to find opportunities like this outside of a university setting," she says. "Artists will be able to try things out and get feedback from the community." As for how the arts space will work, according to 11 Jane Street's PR rep Jen Dragon, "We still have some kinks to work out." There are plans in the works for a soft opening in early spring 2019, says Dragon, which will include "invited artists in residence, who will be working in the space, creating installation art—large-scale environments using sculptural elements as the main medium—and performance. They will also be giving artist talks, classes, and ticketed events and [will collaborate] with other artists and performers to create new work." Dragon and Hix plan to hold this soft opening to coincide with International Sculpture Day on April 27.


The arts have long been a driving force in Saugerties, as its annual Saugerties Artists Studio Tour attests. Now in its 17th year, the tour brings the public directly into the working spaces of dozens of artists who live and work in Saugerties. This year's tour takes place August 9-11. In February, the Saugerties town board got on-board with promoting local arts by creating a formal arts commission for the town, which will help Saugerties artists win grants and consolidate resources.

Other community-based efforts to improve Saugerties are growing, too...literally, in fact. The Saugerties Village Tree Commission, a band of volunteers that managed to land Saugerties its "Tree City USA" status, is launching "Art for Trees," an online fundraiser scheduled for April to coincide with Arbor Day. "Art for Trees" will feature artists making affordably priced work available in exchange for a donation to the Tree Commission. Participating artists' work will be viewable via the Tree Commission's Facebook and Instagram pages.

The Saugerties town planning board also recently approved plans for a proposed resort and restaurant located on the Hudson River in the Glasco neighborhood, about 2.5 miles outside of the village. Wyldwyck River Camp is set to feature a 120-seat restaurant, 72 total rooms in cabins, fields, staff quarters, artists' studios, and horse stables.

Saugerties's short-term rental market also seems to be in full bloom. The Villa at Saugerties, for example, has been providing lux accommodations for the past five years and is still going strong. Owners Joe Moseley and Amanda Zaslow describe the Villa, situated on 3.6 acres just outside of the village, as "our Mediterranean modern oasis in the Hudson Valley" and was inspired by the couple's honeymoon in Spain.

The Long and the Short (Term Rental) Of It

According to figures provided by Airbnb, the Hudson Valley reaped more than $50 million in income from the short-term rental platform in 2018, and Ulster County alone took in $24.4 million. An Airbnb search for accommodations in Saugerties yields over 270 listings in the town and village, revealing that local homeowners are looking to cash in.


Jennifer Mangione of Grist Mill Realty says that she has many clients looking to buy homes with the idea of renting it short-term as a factor in choosing a property. "I've had a lot of people call with the idea that they want to do this, but there's not a lot of inventory." Long-term rentals are also hard to find, says Mangione. "I get tons of people who call for Saugerties [long-term] rentals, and we're hard-pressed to find them. People are renting out their own spaces for Airbnb."

Up until recently, Saugertiesian Laura Wagner owned the striking c.1880 Victorian on Washington Avenue in Saugerties village. She bought the house in 2010, fully renovated it, and began Airbnb-ing it in 2014 to much success, says Wagner, who is also a real estate agent with Halter Associates. Wagner lived in the back of the house while guests stayed the front. "Managing an Airbnb is intense," says Wagner, "[and] we were making money just to pay for the house." So, when the local real estate market hit a peak, she decided to sell, but not just to any buyer: Wagner sold the house in December 2018 to guests who previously booked a stay there through Airbnb. The new owners plan to continue renting out the house on a short-term basis.

In her real estate dealings, Wagner noticed that the prospect of short-term rental income has turned many a landlord's head away from renting to long-term tenants. "Why would you make $12K a year [on a long-term] when you can make $36K a year on a short-term rental?" There are currently around a dozen long-term rental listings in the Saugerties area on Craigslist.com.

Currently, the town places no prohibitions on short-term rentals, nor do they intend to, according to Andreassen. "However, what might be considered by this board or future boards are some restrictions on noise, hours of operation, limiting the number of guests, and so on," he says. "We'll do what's in the best interest of the property owners, the nearby residents, and the community of Saugerties as a whole."

For now, since the short-term rental industry is a recent development, much like Lyft and Uber, regulating them is "a work in progress," says Andreassen. "We encourage property owners to 'be a good neighbor,'" he says. "It should be simple." After all, if there's one thing that remains blissfully uncomplicated about Saugerties, it's the town's neighborly spirit.