When Suzanne Vega’s eponymous first album was released in 1985, she quickly emerged as a leading figure of New York’s downtown folk-music revival. Accompanying herself on acoustic guitar, Vega launched a wave of female singer-songwriters that included Sinead O’Connor and Tracy Chapman, and that has, in a sense, never stopped since, from Ani DiFranco and Sarah MacLachlan to Regina Spektor and Pink. Vega—who has performed in the world’s top halls—plays a rare Hudson Valley date this month at the Towne Crier in Pawling on April 30.

Vega’s second album, Solitude Standing (1987) went platinum. It contains the artist’s biggest hit, the abused-child ballad “Luka”, and from a commercial point of view, it’s been sloping sales ever since. After seven strong albums, and a greatest hits compilation (Retrospective: The Best of Suzanne Vega, 2003), the woman widely regarded as the most brilliant songwriter of her generation was dropped by her label in 2008. After being dumped, as John Seabrook reported in the New Yorker, Vega decided to branch out on her own as a music publisher. “I noticed that a lot of artists, like Carly Simon and Dar Williams, were recording acoustic versions of their songs, which is a way of owning the masters. You don’t own the original recordings, but at least you own something,” Vega said.

The first result is Close-Up Vol 1: Love Songs, which Vega released on her own Amanuensis Production label in February. It contains 12 out of the 70 songs in her back catalog that she recently re-recorded, all related to attraction, flirtation, and confrontation. Some real overlooked gems of Vega’s inventive songwriting are revisited here, like “(If You Were) In My Movie” and “(I’ll Never Be) Your Maggie May.” Other favorites Vegaphiles will be slavering over on Vol 1 include pointed rearrangements of “Marlene on the Wall” and “Small Blue Thing” off her first album, as if Vega were discovering a simpler version of herself in the music, something pure and razor sharp as she looks back. (Gerry Leonard’s electric guitar on “Marlene” is especially poignant, seeming to want to break out into a “Sultans of Swing”-era Mark Knopfler riff and settle down into a backbeat at the same time.)

Over the next two years, Vega expects to release another three collections of re-recorded material, compiled along thematic rather than chronological lines. And she’ll be selling directly to fans via her website and iTunes. In the meantime, she’ll be busy beefing up her grassroots fan base. “I’m back to where I started from,” Vega told the New Yorker. “Taking names, making mailing lists. I’ve taken on this somewhat risky thing, but it’s a relief not to have to deal with a record company, and their ADD attention spans.” So don’t forget to add your details to that mailing list! 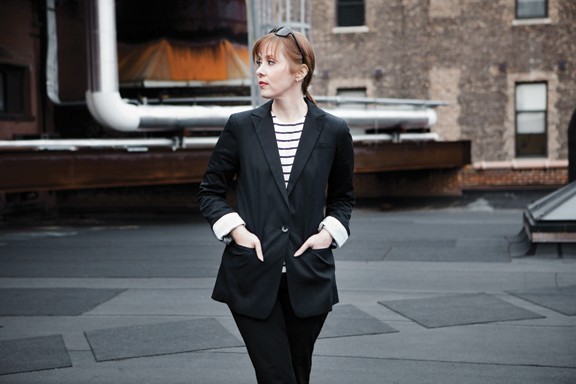 By Kandy Harris and Houlihan Lawrence