And Then it's Spring

"First you have brown, all around you have brown...and then there are seeds." The winter-to-spring waiting game has never been so simply, evocatively depicted in both word and line. This delightful collaboration by a Woodstock resident and the 2011 Caldecott Medal winner is as magically resonant as any classic picture book.

Around the World in One Shabbat: Jewish People Celebrate The Sabbath Together

In warm words and glowing illustrations, this Sydney Taylor Award-winning book follows families on every continent as they prepare traditional foods, light candles, worship, and unplug from workday stress. An Argentine father puts away wallet and keys; Ethiopian farmers rest under a tree. Along with rich details of Jewish ritual, Phoenicia resident Bernhard celebrates the nondenominational joys of peace and quiet.

The Bear Went Over the Mountain

as told and illustrated by Iza Trapani

Waking up to a brilliant spring sunrise, a cheerfully anthropomorphized bear ambles and dances through five senses and four seasons before settling back into his Catskill cave for bedtime. Trapani's lush pastel illustrations will comfort young listeners and leave parents humming the strangely zen lyrics (sheet music provided; see what you could see). Appearing 6/3, 11am-1pm, Rhinebeck Farmer's Market; 6/10 at 2pm, Poughkeepsie Barnes & Noble.

Chronogram cover artist Horowitz's lively, funny illustrations and brisk text offer a new variation on the "fake-it-'till-you-make-it" approach. Young Chico the Peruvian chicken is consumed by fear until his father's well-intentioned storytelling sends him into danger. A scary mountaintop! Criminal llamas! Kids will be inspired by Chico's surprising reaction to a real crisis. 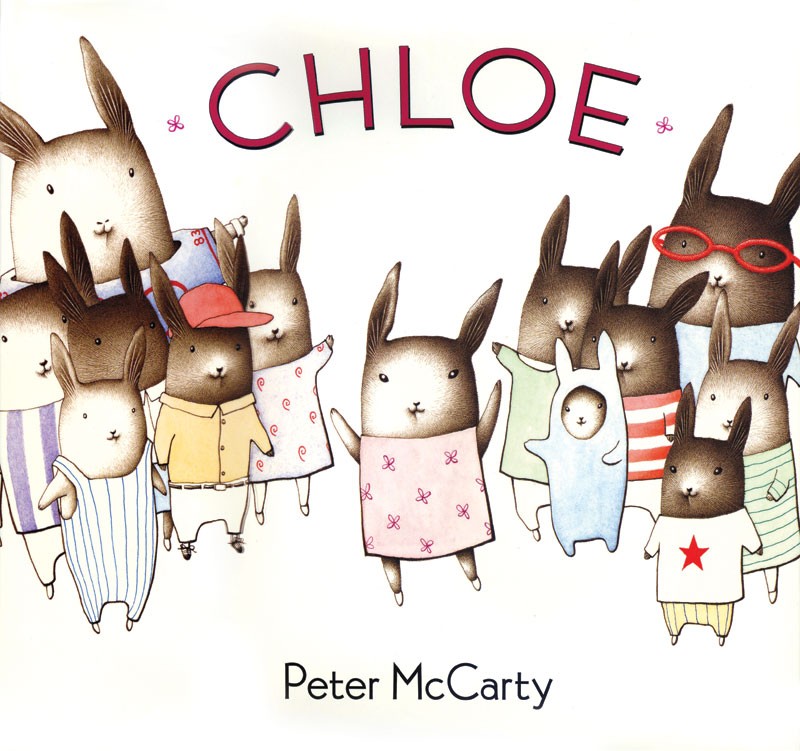 written and illustrated by Peter McCarty

The adorable bunny co-star of McCarty's Henry in Love thinks the TV that Dad brought home was a terrible surprise, and decides to convince her huge family that actually having fun is better than sitting on a couch watching it. Tender drawings, a sweet bunny family, and support for "they always play with the box" theorists. Appearing 7/8 from 12-2pm, Oblong Books at Rhinebeck Farmers' Market.

Jackson and Auggie: Adventure in the Hudson Valley

Two Monroe-born sisters keep it local with this tail-wagging saga of a free-range Siamese cat and boxer, written in rhymes Auggie might claim as "doggerel." Each of middle school art teacher Ruffino's jaunty illustrations quotes a different visual style, from pointillism to Pop Art, with an informative index in back. Appearing 6/16, 2-4pm, Puppy Paws, Cornwall; Pine Bush Farmers' Market 7/14.

Ladybug Girl's vivid imagination is fondly rendered by frequent-flyer Rosendale team Soman and Davis. Their intrepid heroine Lulu and her insect alter ego take a camping trip in this latest adventure; Lulu is so intensely caught up in her magical world that the family dog escapes her for a scary moment, but as ever, Ladybug Girl saves the day.

Remember wondering if all of the lost things somehow ended up together? Argentine-born Catskill resident Bursztyn remembers the otherworldliness of this notion, and her colorful, dreamlike rendition of the enchanted realm of pencils, mittens, and such makes a nice bedtime read-aloud to set young minds roaming. The flowing text is in both English and Spanish.

Based on a true story in which Texas fourth graders learn about the plight of homeless dogs in their town and mobilize adults to open a no-kill shelter, this Moonbeam Award-winning book employs spare, incisive prose and realistic illustration to touch, inspire, and educate readers. Without shying away from harsh facts, Furstinger delivers a potent tale with both shadows and a happy ending. Appearing 6/10, 2pm, Poughkeepsie Barnes & Noble.

written and illustrated by James Ransome

Why do teachers teach? It's certainly not for the glamour of the job. Ransome's narrator details a teacher who goes above and beyond the call of duty to help her students' dreams come true. A loving tribute to the selfless souls who get to school early and go home late by an award-winning Rhinebeck author/illustrator.

Phantom Tollbooth author Juster's new kid on the block draws an appreciative crowd just by repeatedly shouting a mysterious name. The underlying gist—that the neighborhood is receptive and curious about a young newcomer, and that change doesn't have to mean fear—is sweet, and the illustrations by Rhinebeck's G. Brian Karas have atmosphere and verve.

With delightful, vintage-looking illustrations by celebrated Rhinebeck artist Smith, Mandel takes us through a zoo where a slow day is enlivened by an uncontrollable chain of animal sneezes, beginning with the snow leopard and continuing from elephant to hippo and so on. By the end, mud is raining down on chaos, and the vet saves the day. Appearing 6/24, 11am-1pm, Oblong Books at Rhinebeck Farmers' Market.