"You don't have to be a wealthy person to have a beautiful home," says Monik Geisel, co-owner of Stuff, a new vintage furniture and art boutique in Rosendale. "People think if something is beautiful, there is no way they can have it. So they substitute a poorly made Ikea product. If you come to us we can help your home be beautiful and your wallet be happy." Geisel and her husband Daniel Goodwin have been hunting bargain antiques, art, and oddities for years, decorating their home, selling to people in the film industry, and amassing a storeroom of treasures.

After a successful booth at Kingston's final Smorgasburg in October 2017, they began contemplating the idea of a storefront in the Hudson Valley. Serendipitously, a space opened up on Main Street, Rosendale, and they moved decisively. By December, Stuff had opened its doors in the former location of Trans-n-Dance-n-Drum. The couple works the estate sale circuit, traveling out of state on "picking trips" with a van and trailer. "We specialize in Mid-Century Modern, a lot of Danish furniture," Goodwin says. "But we also collect anything really interesting—textiles, lighting, rugs, tchotchkes, art—outsider art specifically and oversized stuff." Geisel chimes in, "Basically if it has character and we can have it in our shop affordably, we are totally into it."

The husband-and-wife duo has a punked out, too-cool-for-school vibe amplified by tats, gauged ears, and leather. But however urban chic they may look, they are actually both lifetime locals. Respective careers in the arts have honed their aesthetics, creating the funky, refined and unconventional sensibility that is evident in the careful selection of furniture and decor they offer in their Rosendale shop. It's just the breath of fresh air this adorable, sleepy town needed.

Next time you hop on the Wallkill Valley Rail Trail or hit up the cutest Main Street in America, stop into Stuff. You may just stumble across your next favorite thing.

UPDATE: On August 1, Stuff will be moving to Uptown Kingston. Stay tuned for their new address. 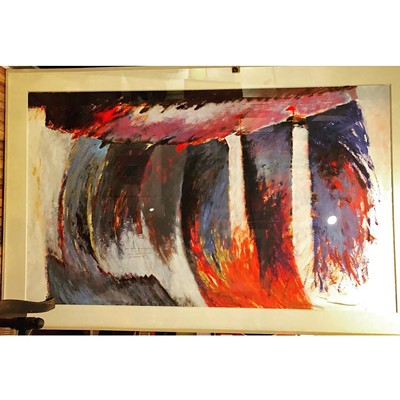 The original print version of this article was titled:
"Art of Business: Stuff"

Darlings: A Southern Restaurant and Bar to Open in the Old Postage Inn in Tillson