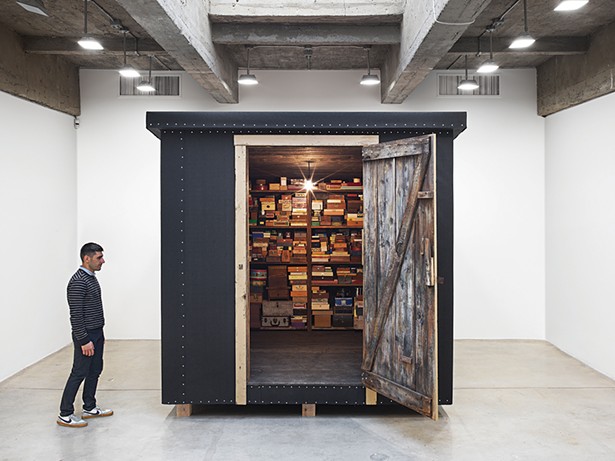 Follies were whimsical outbuildings that became popular with European aristocrats beginning in the 16th century. Built in imitation of foreign wonders like Tatar tents, Chinese temples, or Egyptian pyramids, these elaborate decorative structures were flights of fancy, usually serving no functional purpose. In the mid-1990s, artist Mark Dion began his own series of "Follies." Thirteen of Dion's built environments will be on display at Storm King Art Center beginning May 4, along with the world-class, permanent collection at the Mountainville sculpture park.

"Collecting is at the heart of many of Dion's works throughout his career," remarks senior curator Nora Lawrence. Many of the "Follies" include Dion's own collections. Bureau of Censorship, located in the museum building, is a desk with a 1980s-style computer, beneath a large collection of scissors mounted on particleboard. Nearby is a library of censored books. The Storm King grounds host two hunting blinds—mock accommodations for hunters of distinct social classes. The Dandy Rococo is fitted out with Baroque furniture and a chandelier, while The Glutton displays a plate of sausages on a camouflage tablecloth. Thus can architecture paint a portrait of absent deerstalkers.

Grotto of the Sleeping Bear consists of a life-size bear dozing on a pile of American trash. (The bear, incidentally, is not a taxidermied animal but a realistic duplicate—essentially a giant teddy bear.)

At least one Dion's installations has a practical purpose. Storm King Environmental Field Station is fully equipped as a classroom for visiting students with specimen jars, microscopes, telescopes, binoculars, and butterfly nets, plus a library stocked with field guides on birds, plants, and insects. The walls are metal so that a teacher may set out charts with magnets. Here is a collection of tools for making more collections. 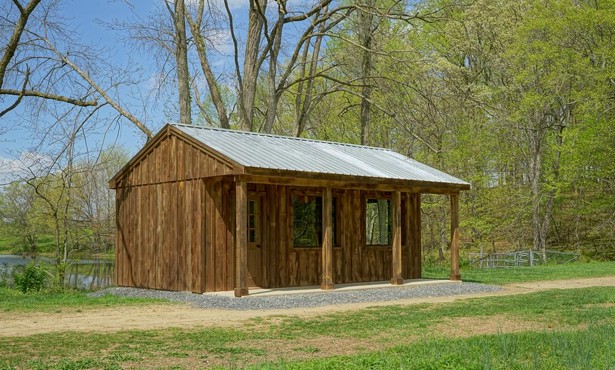 Is Dion suggesting that censorship, hunting, and even butterfly collecting are human follies? Certainly that interpretation seems tenable. Can humans find another way to interact with nature besides classifying and killing it?

Of course, a collection is never finished; it's always a work in progress. Many of Dion's works are site-specific, and pieces that have previously been shown are being reworked for this exhibition. As I write, Dion is scouring auctions, thrift shops, and vintage stores of the Hudson Valley, searching for eccentric beauty. (He prefers to avoid the seductions of the internet.) The staff and volunteers at Storm King have also helped search for the vast array of materials that "Follies" requires.

The new season will also mark the inauguration of "Outlooks" by artist Jean Shin, known for her site-specific installations made with cast-off materials. When she learned that Storm King was planning to remove a group of unhealthy Green Mountain maple trees, Shin conceived of a tribute to them: an epic 50-foot table built from their wood. Seven trees contributed to this super-long picnic table, which anyone is welcome to use as they explore the grounds. Shin had a second idea: to make maple syrup from trees on Storm King's 500-acre grounds. Shin will hold public syrup tastings: an interactive art performance involving all five senses.