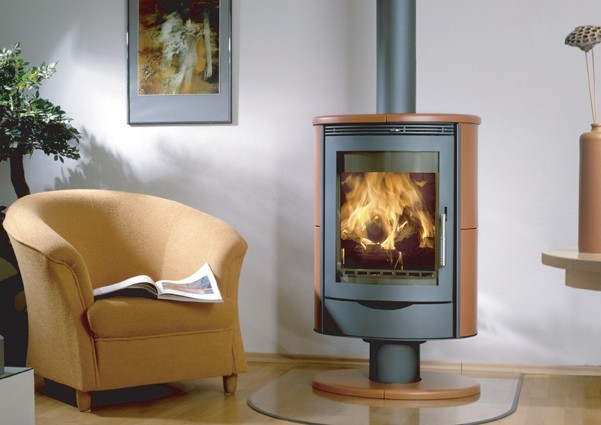 Even in the best of times, it’s always prudent to reduce energy costs in the home. But with the economy stagnating and winter just around the corner, homeowners throughout the region are looking for ways to tighten up their houses as they tighten their belts.

With an emphasis on leaning green, how can homeowners save a bit of money while being kind to Mother Nature? We spoke to the experts for some tips.

THE ENERGY AUDIT
While there are a number of options available to homeowners, sometimes revealing those options is trickier than one might think. And that’s where a home energy auditor can help.

Peggy Atwood is Assistant Coordinator with Courtney Strong, Inc., a Kingston-based energy savings consultant firm linked to the New York State Energy Research and Development Authority (NYSERDA). She recommends a home energy audit as a means of ensuring the structure in question is given the attention it needs to function to its greatest capacity. “An audit looks at the entire structure as a living, breathing, holistic system,” Atwood says. “You look at how it all interacts together, and the audit will give you a blueprint of that.”

Atwood says an audit can reveal issues not generally traceable by someone without the experience to find them. “A lot of people look at the wall and the roof of their home and don’t see any openings, when in fact there are a lot of openings they aren’t aware of,” she says. “You can’t really see those until you have an audit done.”

A home energy auditor will thoroughly check out the home, generally only leaving behind a small hole drilled in the wall to determine the validity of its insulation. According to Atwood, insulation blown into the walls around 20 years ago might have settled up to 40 percent, rendering it far less effective as time passes.

Home energy audits can reveal a host of problems with simple and inexpensive fixes, Atwood says. And not doing a thorough job of assessing the situation is potentially far more costly in the long term than facing the problems head on.

Atwood estimates the average cost of a complete home energy audit is around $400, which might sound like a lot, but can often be recouped within the first year by enacting the recommended changes. And given what those audits reveal, that might not be as hard to believe as one might imagine. “The total accumulated energy losses that are usually discovered in about 90 percent of the homes is equivalent to having a six-foot hole in the wall,” Atwood says.

SIMPLE OPTIONS
Lucy Johnson, a professor of anthropology and the chair of the Vassar College Committee on Sustainability, says there are simple, small weather-proofing actions a homeowner can take, whether they decide to have a home energy audit or not.

“If you have an old house particularly, or any house where you might have air coming in through windows, clear plastic material with Velcro strips works well,” she says. The installation (a do-it-yourself job if you wish) includes passing the hot air from an ordinary household hairdryer over the material, which stretches it out and renders it almost invisible.

Johnson also suggests simple options like caulking around door frames and window frames, and swapping out old-fashioned lightbulbs for energy savers, unless the light is infrequently used. “If you have a light in the closet and you only turn it on when you go in for a coat, it’s probably not worth changing it,” she says.
Other easy things one can do without enacting wholesale changes are turning off any power strips associated with electronics and turning off the computer when they are not in use. “They chew energy when they’re on,” Johnson says.

Keeping indoor air temperature at realistic levels is easy and will save money, too. “Obviously if you find your house is warm enough in the winter that you need to open windows, you need to turn down the temperature,” says Johnson. “Don’t lose the energy that you’ve already paid for.”

Melissa Everett, Executive Director with Sustainable Hudson Valley, agrees. “Keep temperature no higher than you need it,” she says. “Changing your behavior doesn’t cost anything.” Bundling up is also an effective means of saving energy. “Sweaters are actually very fashionable,” Everett says. “I don’t believe in turning up our noses at managing our energy demand.”

In addition to changing behavior, Everett suggests letting technology help by use of a timer on the thermostat. “Timers are great for anyone who is tech savvy enough to use the darn thing,” she says. “If you go out to work at the same time every day, you can set it up to turn down at 9 in the morning and turn back up at 4:45.”

DON'T BREAK THE SEAL
New Paltz-based architect Rick Alfandre is a big supporter of air-sealing as a means to keep warmed air inside the home where it belongs. A member of the Northeast Sustainable Energy Association and the American Solar Energy Society, Alfandre takes the idea of green energy seriously, and that often begins with sealing any air leaks.

Whole-house fans and attic steps are often sources of heat loss, and both can be sealed airtight for winter through the use of insulated covers. Another potential culprit is a bathroom vent fan, which can easily be remedied with an insulated duct installed beneath attic insulation. If the home has an attached garage, the door that goes to it from inside the house should be airtight and insulated.

And while it represents a larger project for homeowners, Alfandre recommends looking at the boiler or furnace in the home, especially those that may have been around for a while. “It’s not uncommon to see old and antiquated boilers and furnaces, and there may be a reason to consider upgrading to a new piece of equipment. We’re tending to push people to sealed combustion, either propane or natural gas.”

An effective system, Alfandre contends, will work with outside air rather than drawing it from within the house. “We really want to take the combustion air from the outside and feed it directly to the boiler or burner without taking it from the conditioned space,” he says.

EURO-BURN
Alyce Wittus is the vice president of Wittus Fire By Design in Pound Ridge, a company dedicated to utilizing classic European stove technology in a modern way. For some homeowners, Wittus recommends a wood or gas insert that fits into an existing fireplace and has a glass door on the front. This can be more effective, she says, than a standard fireplace. “That’s always a good way to stay warm. The newer products are a lot more energy efficient and most of them are CPA certified. They’re clean burning.”

Freestanding woodburning stoves are also an option. They are more green than gas stoves, Wittus says, and if you are building an addition, they are often less expensive and more eco-friendly than electrical baseboard heating.

For homeowners using woodburning stoves, Wittus says sometimes being patient and understanding firewood is the best way of ensuring maximum efficiency. “You should only use hard wood, and it should be dry. We recommend two years of drying. You can tell by picking it up. If it’s still heavy, it’s still damp.”

Also recommended are pellet stoves, which use ground-up wood that Wittus says “looks like rabbit turd. It’s a newer kind of concept that’s very good for people who don’t have access to wood very easily. The stoves are efficient, but they usually require some kind of electricity, so if you have a power failure, it’s not so good.”
Wittus says now is a good time to consider installing a heating system that uses biomass products like wood, pellet, and ethanol products, because a federal tax credit of 30 percent and up to $1,500 is available through 2010. “You can spend up to $5,000 and you’re really only spending $3,500,” she says.

THE RETROFIT OPTION
Another option for homeowners is radiant floor heating. John Abularrage, president of Advanced Radiant Design in Stone Ridge, says the concept works because it’s so different from forced air options. With forced air, he explains, “the method of delivering the heat creates a cooling effect,” just as one of the best ways to cool yourself on a hot summer day is with moving air. “Radiant heating works the opposite. It primarily heats the objects in the room, and the air secondarily.”

One of the appeals of radiant heating, which circulates heated water through a network of tubes in the floor, is that it can be utilized with very little energy, keeping water temperatures at 100 degrees or less. “It works synergistically very well,” Abularrage says.

HARNESSING THE SUN
One of the home energy trends most often associated with environmental consciousness is installing a solar-powered electricity-generating system. New Paltz-based CPA John DeNicolo and his wife Nancy installed solar panels on the roof of their 1,700 square-foot home late last year, and since February they haven’t paid more for electricity than the standard charge for being hooked up to the electric company’s grid. “We’re actually generating positive energy over the last six months,” DeNicolo says. “It actually does work.”

DeNicolo feels there is no greater way of combining saving money on energy with being kind to the environment. “It seemed like a decent investment, and it also had a political or ecological element to it,” he says. “My wife and I wanted to do something in a positive way to conserve energy.”

DeNicolo says the initial installation price tag of around $42,000 was offset by grant money through NYSERDA and federal tax credits, so they only spent around $12,000 out of pocket. “All of that incentive is what it takes to make [installation] cost effective,” he says. “I’m very pleased. They’re talking about a 25-year guarantee, but they expect the system to last 50 years with some degradation. If I’m around in 25 years, it’s been a really heroic journey.”

And for those fearful of having to get up on a ladder to clean the panels, DeNicolo says not to worry because you don’t need to. “One time a bird took a crap on one of my solar panels, so I was kind of curious and thought it was a political statement or a sabotage,” he says. But when he asked about cleaning it, “they told me to leave the system alone. The rain comes and washes it away. It cleanses itself.”

Most importantly, DeNicolo says, the system works even when the weather is frigid.
“In the middle of winter with no snow on the roof I’m generating positive energy,” he says. “From the day the switch was flipped, it’s been amazing.”

Whether you’re looking to make huge changes to your home or just do a few simple things here and there, saving money on energy during the winter doesn’t have to come at the expense of the environment. And as long as you’re open to trying new ideas and spending a bit of money up front, the benefits down the line are at your doorstep. Just don’t let in a draft when you answer the call.

Shady in the Right Places

The Question: How best to “winterize” your home?