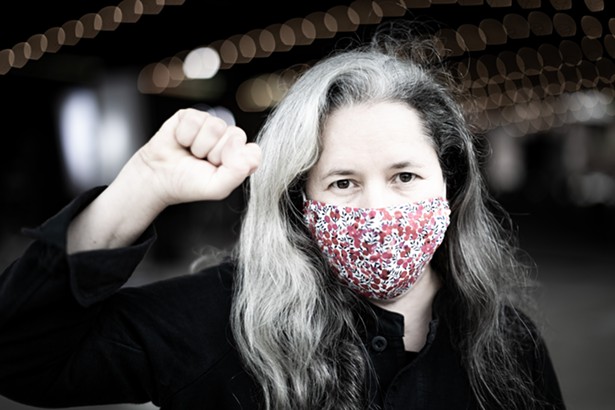 It’s always inspiring to see people from across the cultural spectrum come together for a cause that serves the greater good. And right now, in the midst of the most important election America has ever faced, there can be no doubt when it comes to what the most pressing cause before us is: that of exercising and defending our right to vote. Obviously, though, the COVID-19 pandemic makes holding large-scale public rallies and other events unsafe and unwise. A solution? A star-packed virtual concert and rally like the one being presented on October 17 by local grass-roots organization Hudson Valley Votes featuring appearances by Natalie Merchant, Norah Jones, Emily King, Meshell Ndegeocello, candidates Antonio Delgado and Michelle Hinchey, and many other big-name performers, speakers, and guests.

“This election is really important,” says Norah Jones when asked why she decided to lend her talents to the event—for free, as is the case with all the performers involved. “When I was asked to be involved, saying yes was just a no brainer.” 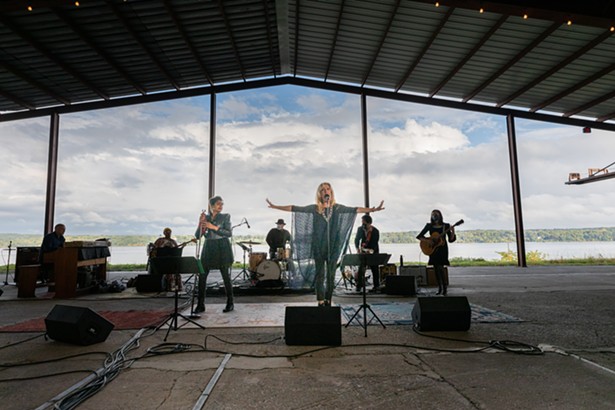 The event, now in its third year, was largely filmed live on a beautiful early October day along the Hudson River at Hutton Brickyards’ open-air pavilion in Kingston. “We’d originally intended to hold it at Opus 40 in Saugerties, but the weather looked like it might be a problem,” explains Hudson Valley Votes organizer and cofounder Elizabeth Mitchell, a musician of note herself. “Thankfully, the owners of Hutton Brickyards were happy to help us out with a new location. And here we are.”

The Hudson Valley Votes 2020 virtual Get Out the Vote concert and rally will air on October 17 at 8pm via the Hudson Valley Votes YouTube channel and social media, as well as on Radio Kingston, Radio Woodstock, and other outlets. The online event is free but donations via ActBlue are encouraged, with net proceeds to benefit Common Cause New York.