Vassar's most prominent academic neighbor to the north, Bard College, has also had its brushes with Broadway and beyond. This year's Tony Award winner for Best Revival of a Musical, a revolutionary production of Rodgers and Hammerstein's "Oklahoma!" was hatched in 2007 as a Bard student production by director Daniel Fish, a visiting artist and adjunct faculty member. In 2015, Fish oversaw the production's official premiere at the college's Richard B. Fisher Center for the Performing Arts as part of the annual Bard SummerScape festival. From there, it went on to a sold-out run at Brooklyn's St. Ann's Warehouse and, finally, Broadway's Circle in the Square Theater. Amber Gray, who played Laurey Williams in the 2015 SummerScape production of "Oklahoma!," is presently starring as Persephone in the 2019 Tony- and 2016 Drama Desk-winning musical "Hadestown." 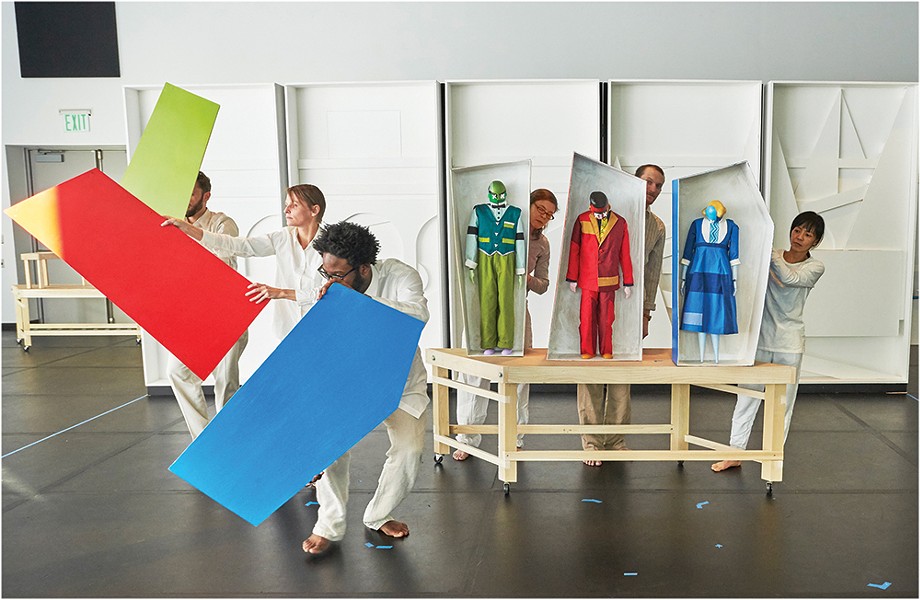 This season's SummerScape finds Fish on campus once again, as director of "Acquanetta," running at the Fisher Center's Luma Theater from July 11 through July 21. Conversely, several stars have bypassed Broadway and come directly to Bard to perform plays. "Game of Thrones" icon Peter Dinklage and his wife, director Erica Schmidt, collaborated in a 2008 SummerScape production of Chekov's "Uncle Vanya" and a 2012 revival of Moliere's "The Imaginary Invalid."

On the Western side of the Hudson, in the southern Ulster County village of Ellenville, Shadowland Stages is a beautifully renovated 1920s Art Deco vaudeville/silent-era movie house that this year celebrates its 35th anniversary as a hub of live theater. Shadowland's mission includes the production of classics from the theatrical repertoire, but its emphasis is increasingly on the presentation of new plays and musicals on its main and black-box studio stages. The current Shadowland schedule is rich in drama and comedy: Jen Silverman's one-act "The Roommate" (June 21-July 14); Paul Portner's 56-year-old "Shear Madness" (July 19-August 18), and Tony, Drama Desk, and Outer Critics Circle award-winner Joe DiPietro's "Over the River and Through the Woods" (August 23-September 8). This fall at Shadowland also promises the East Coast premiere of "Flint" (September 13-29), written by Broadway and screen star Jeff Daniels, who earned a 2019 Tony nomination for his role as Atticus Finch in Aaron Sorkin's adaptation of "To Kill a Mockingbird."

"I saw a need for writers to get together and have a sounding board for their work, away from the city—a place where they can just focus on writing and feedback." click to tweet

"We're interested in developing relationships with playwrights where we can work together with them to provide a place and cast and crew for productions of their new work," says Brendan Burke, Shadowland's producing artist director. "We're part of the National New Play Network, which is a group of about 100 smaller nonprofit theaters around the country that feature new plays. Some of the plays [staged through the network] have a 'rolling world premiere,' where we produce them at Shadowland and, either before or after they come here, they play at one or two other NNPN theaters." It was in this manner that Shadowland partnered with playwright John Cariani ("The Band's Visit," "Almost, Maine") to present his "Love/Sick" (2013) and "Last Gas" (2016).

Of course, long before a musical or play can make it to any stage, much less the bright lights of Broadway, it has to first be written. And it's that phase of the process that was central to the establishment of the Rhinebeck Writers Retreat in 2011. "Theater is a collaborative art form," says Kathy Evans, the operation's founding executive director. "I saw a need for writers to get together and have a sounding board for their work, away from the city—a place where they can just focus on writing and feedback."

Located at a peaceful, private home in Staatsburg, about 10 minutes outside the village of Rhinebeck, each summer the rural retreat welcomes qualifying playwrights and composers for a week's stay (meal stipend included), during which the enrollees create their works in solitude and hone them via live readings and performances with their fellow resident writers.

For 2019, the facility is welcoming 27 writers of nine new musicals to its beatific grounds. Among the notable alumni of the program is composer Joe Iconis, whose "Broadway Bounty Hunter" (starring Annie Golden), which premiered at the Barrington Stage Company in Pittsfield, Massachusetts in 2016 and officially opens at the Greenwich House Theater in the West Village on July 23, was developed at the Rhinebeck site. Another is New York's Max Vernon, who worked on "The View Upstairs" (a 2017 off-Broadway production) at the 2014 retreat and returned in 2018 to refine "The Tattooed Lady," which has been selected for its Triple R program this summer (two New York readings with an upstate residency in between for musical writers).

"As a composer, I tend to 'self-channel' when I'm writing, which I find really hard to do in the environment of New York," Vernon says. "That's why the [retreat program] has been so great for me. Last summer, in the space of the week I was there, I was able to revamp 'The Tattooed Lady' and write two new songs, which was pretty great. There's definitely something about the serenity of the Hudson Valley that's been really helpful."