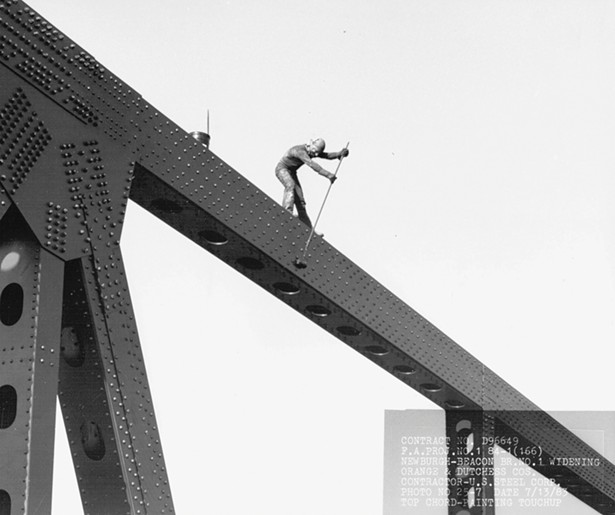 There are seven bridges that cross the Hudson north of New York City and south of Albany: the Rip Van Winkle Bridge, the Kingston-Rhinecliff Bridge, the Walkway Over the Hudson, the Mid-Hudson Bridge, the Newburgh-Beacon Bridge, the Bear Mountain Bridge, and the Mario Cuomo Bridge (formerly known as the Tappan Zee). For most of us, these engineering marvels are as fixed in in the landscape as the Taconic Mountains or the Catskills—only the oldest among us will remember a time when crossing the river required a ferry ride.

The great era of Hudson River bridge building began in the 1920s, with the completion of the Bear Mountain Bridge—then the longest suspension bridge in the word—in 1924. It ended in 1963 with the opening of the Newburgh-Beacon Bridge, though this span would undergo further construction to expand its capacity until 1984. (The outlier here being the Walkway Over the Hudson, the linear park opened in 2009 on top of the former Poughkeepsie Railroad Bridge, which was the first bridge to cross the river between New York City and Albany when it opened in 1889.) 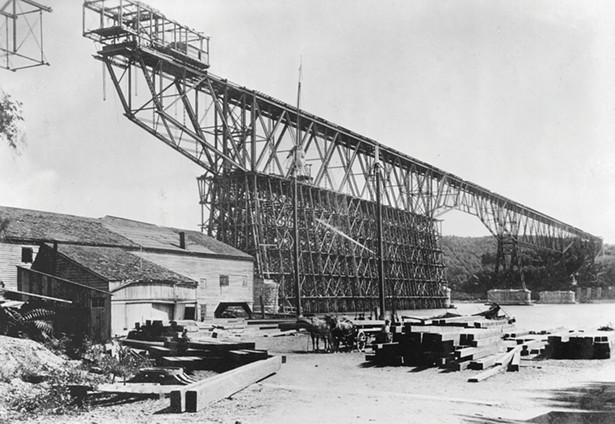 What stoked the bridge-building boom, as Kathryn W. Burke explains in Bridges of the Mid-Hudson Valley (Arcadia Publishing, 2020), was the rise of the car. "The popularity of the automobile necessitated the building of the bridges. The Hudson River, which had been a main transportation thoroughfare for so many years for freight and people, had become a barrier, and it must be crossed. Ferries, in some locations in use for hundreds of years, were limited to seasonal use and could not run when the ice formed on the river. Long lines of cars waiting to cross gave evidence of the inefficiency of ferry service. Each community in its time was provided a crossing." 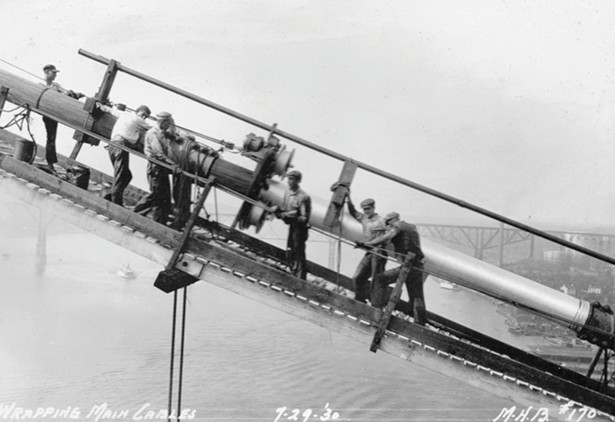 Today, the bridges not only allow for transport; some of the spans are tourist attractions in and of themselves. Walkway Over the Hudson attracts nearly 600,000 visitors a year. The Hudson River Skywalk, established in 2019, connects the homes and studios of Thomas Cole and Frederic Church across the Rip Van Winkle Bridge. The Mario Cuomo Bridge features a dozen pieces of public art in addition to a 3.6-miles pedestrian path designed with six overlooks and amenities at each landing. While we drive and walk or bike over these bridges constantly, it's worth taking a look back at engineering marvels these projects were at the time of their building.