So You Don’t Have a Root Cellar

Doug Muller takes us behind his house to see a refrigerator set neatly in the earth. He and his partner, Ken Greene, co-founders of the Hudson Valley Seed Library, have numerous buildings on their land in Accord, but not one root cellar. Their farm, shared communally with others, is an old Ukranian camp where buildings weren’t designed for winter’s needs. So what are these committed self-sufficienados supposed to do with their potatoes, beets, and rutabagas?

Fortunately, the previous landowners left behind a myriad of defunct refrigerators and freezers.

Muller and Greene sunk one of them into the earth, door facing the sky, after drilling drainage holes in the bottom. It’s meant to mimic old-time, hand-dug storage pits that rely on the soil’s temperature-moderating abilities to keep produce cool but not too cold. Such pits can be made with a variety of materials—metal or plastic garbage pails, for instance—but the fellows thought, “Why not use what’s here?”

The sunken fridge had some problems. The rutabagas and radishes did fine, but at a certain point in the winter, the potatoes froze and turned to mush. Muller says, “What would’ve made it work better is if we had used straw bales on top for additional insulation. Just the foam that’s in the door of the refrigerator didn’t cut it.” He says this winter, he’ll also add a piece of scrap metal sheeting that will allow moisture to drain away from the surface of the fridge.

The second fridge, hoisted up to the old camp building closest to their house, was highly successful. As an aboveground storage unit, it would need a little help to keep the contents from freezing during the coldest parts of winter. Muller intended to run an electric cord out to the fridge to allow for a thermostatically controlled infrared light—like the kind used to warm reptiles— that would generate just enough heat to keep the contents at about 40 degrees. (Infrared produces no light, which is important, so things don’t sprout.) But as a busy homesteader, farmer, and seed librarian, Muller ran out of time. In a pinch, he improvised a system that got the aboveground freezer contents through the winter nicely.

Muller says, “Every other night during the coldest part of winter, we’d fill a half-gallon Ball jar with boiling water and put it in the freezer. It worked great. We did have to be ‘on it,’ though.  We had tons of carrots, potatoes, beets, celeriac, and Jerusalem artichokes. We didn’t lose anything over the winter.”

Out in a sunnier part of the property, the fellows have another winter food storage device, a 12-by-4-foot solar food dryer Muller built from plans found on www.geopathfinder.com. Greene and Muller use it to dehydrate tomatoes, summer squash, okra, corn, and peppers. “It works great for the most part,” Muller says. “We’ve made some modifications, like lifting it up higher to get better ventilation, and experimenting with the angle of the drying screens.”

Muller says a solar dryer is a bit trickier than an electric one, however. “The most successful and the most difficult thing we dry is tomatoes,” he says. “They’re such a great product when it works out, so delicious, and you can get a lot from one plant. But you need several sunny days in a row to get good dehydration with no mold.” With such a wet and erratic summer as the one we’ve just had, it could be challenging to have three reliably sunny days in a row, and sometimes the fellows had to bring in food dryer crops and eat them up early. “You could put them on a tray in your oven to finish them off,” Muller says, “but they get crispy really fast and it’s not the same quality.”

For those who dehydrate extensively like they do, Greene recommends the use of a pump-and-seal type of device that maintains a vacuum in the Ball jars of dehydrated veggies.

Going Underground
Sunken fridges and winter storage pits are great for crops like potatoes, carrots, beets, and parsnips that require a relatively high degree of humidity to keep fresh. You can find plans for winter pits in classic food storage texts like Rodale’s Stocking Up or in Putting Food By (Hertzberg, Vaughan, and Greene) or Living the Good Life by Helen and Scott Nearing. In a more contemporary context, many follow the advice of master grower Eliot Coleman from books like The Winter Harvest Handbook.

Among Coleman’s fans are Allyson Levy and Scott Serrano, owners of Hortus Conclusus LLC in Stone Ridge, who use their work in edible landscape design to fund the long-term development of a botanical garden on their property. Their house has no basement or cellar so they are working on plans for a greenhouse that will have modified storage bins to serve as root cellars within the structure.

Levy says, “We will use plastic garbage cans and bins that will be partially dug into the ground inside the greenhouse for storing produce like potatoes, apples, beets, carrots, onions.” Levy and Serrano plan to use straw to line the cans and to separate layers of produce; this will help keep rot from spreading and encourage air circulation. In the meantime, Levy says, “We tend to leave many root veggies in the ground with extra soil and mulch hilled over them, and only dig them up right before the ground really freezes and we can no longer get a shovel in the ground.”

Dryer is Better
One major consideration in winter storage of vegetables is how much humidity each crop needs. So while carrots and potatoes need a relatively high level of ambient humidity, winter squashes, onion, and garlic need less humid conditions. That’s the mistake I made years ago when I lived in an apartment house with a root cellar. I put winter squashes down there, but it was too moist, and they rotted. I would have been better off putting them in my closet.

Storing crops like winter squashes that like less humidity is easier than digging pits in the earth, but still requires some savvy. Respected local master gardener, volunteer, and vegetable gardening instructor, Mary Nisley, writes a terrific blog, Mary’s Veggie Garden. From mid-July, when Nisley starts harvesting carrots, until February, about 98 percent of her family’s vegetables come from the garden! By April, she is still supplying her family with 50 percent of their produce from storage.

Nisley doesn’t have a root cellar, but rather an unheated basement, where she stores quantities of winter squash on shelves in single layers. In the Cornell Cooperative Extension newsletter Dutchess Dirt, Nisley says, “The best winter keepers are squashes that have thick skins and somewhat dry flesh. Butternut, hubbard, buttercup, tetsukabuto, and spaghetti squashes all store extremely well. Squashes store best at 50 to 55 degrees F and a humidity of 50 to 70 percent. Even though the basement is warmer now, its temperature will drop to the ideal by winter.” She stores sweet potatoes in the same manner (they like conditions dryer than regular potatoes, interestingly).

I don’t have an unheated basement like Nisley, but I have a guest bedroom that we run cool in the winter. I’m eyeing that space, picturing an undulating array of winter squashes. As long as I cull out any that get funky, I don’t think my guests will mind. 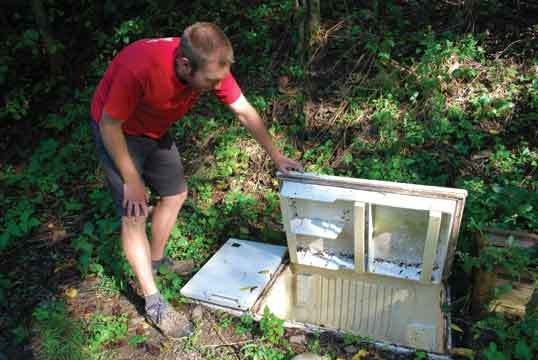 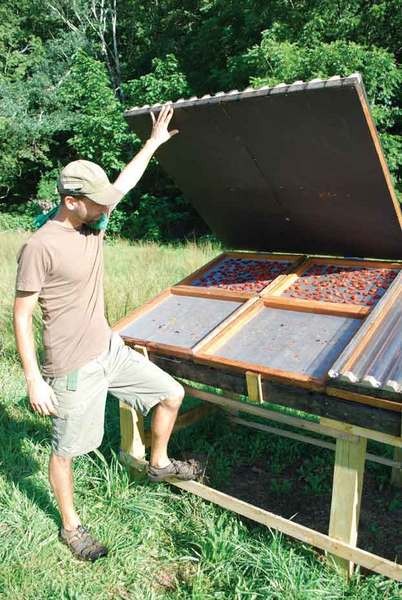 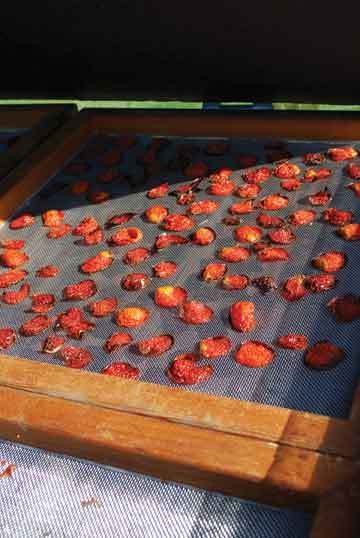