Sleep of the Yogis

The ancient Indian practice of Yoga Nidra offers rest, peace—and a journey to the highest states of consciousness.

Time Out, with a Cherry on Top

If you've ever taken a yoga class, you know the sweetness of Savasana—the final relaxation at the end of practice, like dessert after a good meal. Students lie supine on their mats, feet splayed passively open, palms up, eyes closed—and melt into a place beyond words, beyond thought. Yoga Nidra is like the yoga class without the yoga class: Just Savasana is left. No main dish—just chocolate cake. Instead of silence or ambient music, you get a gentle guided meditation that can extend to 20, 30, even 60 minutes or more. The style of instruction will vary depending on the instructor's training, background, and personal taste. There is the classical style associated with sages like Swami Satyananda Saraswati, who died in 2009; the contemporary variations such as iRest Yoga Nidra, developed by Richard Miller, PhD; and the Yoga Nidra taught by Florida-based Yogi Amrit Desai, to name a few of the chief gurus and schools.

In my own search for an online, streaming Yoga Nidra session, I find that I'm picky. I need to like the voice of the instructor—it has to be warm and soothing. The soft Australian accent of Jo Tastula, a West Coast yoga teacher with streaming classes on Yogaglo.com, hits the spot for me. "Allow yourself to relax down in stillness," invites Tastula. The session begins with a scan through the body to find any places that feel tense or tight; then progresses to deep belly breathing for further letting-go; and then to a 61-point release in which Tastula calls out places around the body to direct the relaxation. After everything feels melty and loose, she introduces the idea of the Sankalpa, or intention—a positive affirmation that you plant like a seed inside yourself. Eventually, the Sankalpa takes a backseat to the true goal of Yoga Nidra: pure awareness. "Experience the profound space in the mind and the light of your awareness, open and bright," says Tastula. "Gaze into this eternal space that is limitless, boundless, timeless."

At the end of the session, I'm reminded of the catchphrase among yogis that "a half-hour of Yoga Nidra is equivalent to about four hours of sleep." There's no scientific proof for such a statement, but based on how rested and rejuvenated I feel, I might just vouch for it.

To Sleep, Perchance to Heal

So much more than a nap, Yoga Nidra taps into a mind-body connection that can be powerfully therapeutic. "There are many ways, depending on what ails you, that we can use this practice," says Anne Douglas—a Canadian yoga teacher, yoga therapist, and iRest Yoga Nidra instructor, who is leading an iRest Level II training at the Kripalu Center for Yoga & Health in September. Often, an iRest Yoga Nidra session will work with what Douglas calls "the messengers." These can be physical symptoms or conditions, such as chronic pain, injuries, insomnia, recurring emotional patterns, or destructive beliefs. "We see each of these things as messengers that can deliver us to wholeness when we go in and listen to them." Douglas describes a case in which a client suffered from debilitating back pain and was considering surgery; after seeing the pain as a messenger and conversing with it, she was able to connect it to a psychosomatic event in her life. The pain released on the spot, in one session. "It's not always like that," says Douglas. "But what I have learned in my own life and in working with other people for over 25 years is just to keep listening and keep honoring these messengers. They have so much to teach us."

In many ways Yoga Nidra dovetails with Yoga Therapy, a practice that draws from yoga to enhance one's health and wellness on a physical or emotional level. A 2006 US Department of Defense study found iRest Yoga Nidra to be effective in alleviating PTSD symptoms in military veterans. Indeed, mental unrest can find a salve in Yoga Nidra. In one of Black's most extraordinary stories, a female student did not get up out of Savasana at the end of class. "I went over to her and she was in great turmoil," he recalls. "She could not bear children, and the Yoga Nidra took her deep into the experience of a birth. I summoned three of my students over and we helped lead her through the actual physical process. Not only her life, but I believe the lives of those who assisted her were changed forever."

Awakening to the Ease of Being

Riding on the edge of dream, Yoga Nidra can take us to unexpected places that evade logical explanation. "The condition in its highest form is so far beyond my mere words that for me to even try would fall short," says Black. Some of the more profound experiences that he says come from the practice include greater intuition and wisdom of the inner self, and the ability to visit realms of existence beyond our ordinary reality. But not everyone will go there. "Most people are so exhausted and stressed that they just fall asleep before the process even begins."

Still, a skilled Yoga Nidra instructor will offer strategies to help guide students toward their own mystical discoveries. Douglas will sometimes lead her clients on a journey through the Koshas—a Sanskrit word for "sheaths," or layers of being as described in Vedantic philosophy. "The Kosha model leads us from the most dense, physical aspects of ourselves [i.e., a corporeal body made of muscles and bones] to more subtle levels of experience," says Douglas. Gradually, we move from the physical self to the breathing self, and then to the more evanescent self comprised of our thoughts and emotions. Then there is the "bliss" Kosha—a place that's beyond thinking and abides in conscious awareness.

Not only monks and sages get to experience these realms. With Yoga Nidra, the awakened state is accessible to all. Brody and Douglas see this as a serendipitous bonus prize. "Honestly, most mainstream people don't even care about touching their True Selves," says Brody. "But that's the delicious part that's unexpected. You're in an integrated state of oneness—it's almost unexplainable. You're in a place of being where you even drop the 'I'. You just are." It's a knowing of oneself as pure consciousness, ever whole and complete, perfect and unscathed. "People walk out of a class or private session feeling ten times lighter and happy like a room without a roof," says Douglas, echoing Pharrel's hit song "Happy." "And they don't know why. But we do. There are many reasons, because Yoga Nidra works on so many different levels. It's all good."

Lady of the Lake 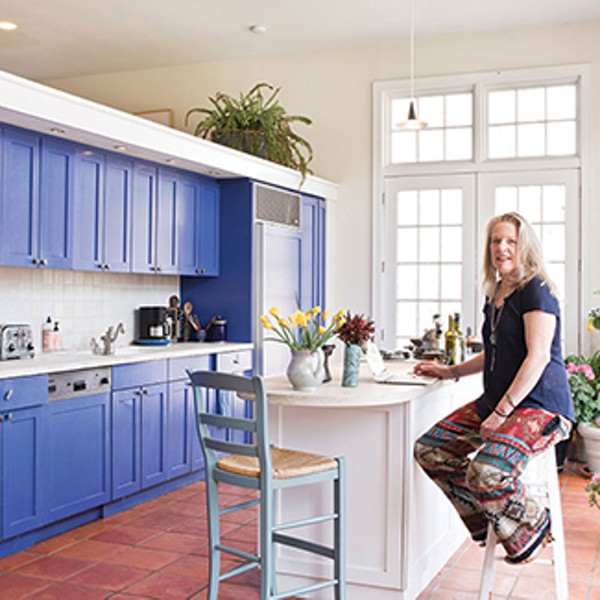