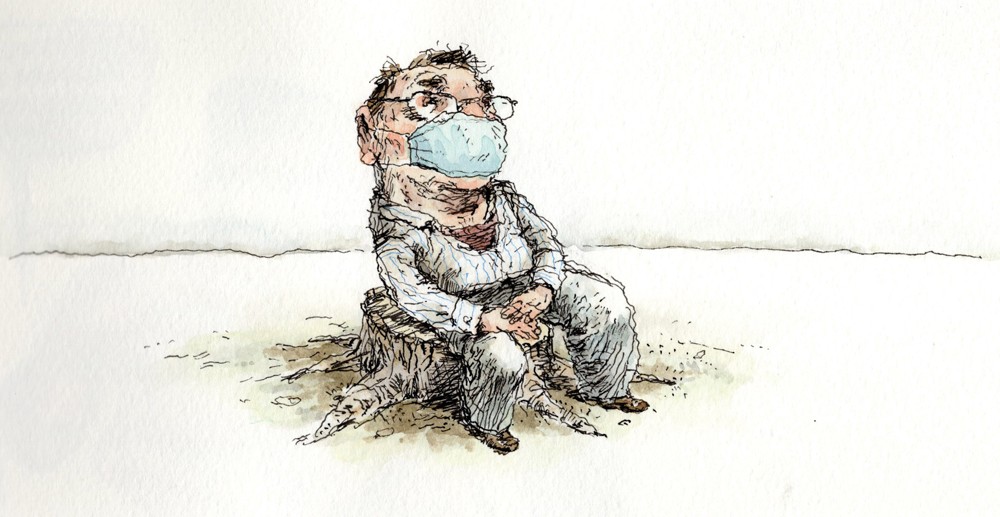 John Cuneo invokes a quote by cartoonist Lynda Barry to explain his attachment to aimless drawing: "You have to be willing to spend time making things for no known reason." The Woodstock-based illustrator, best known for his work in Esquire and The New Yorker, is constantly sketching. "In between editorial assignments, I'm compulsively drawing," says Cuneo. "I don't go anywhere without a sketchbook. Sketchbooks are sort of a lifeline for me. They are a way to practice, to cope. I have a lot of social anxiety."

Sketchbooks are also a place where Cuneo can stretch his imagination beyond the limits of editorial assignments. (Just check out Cuneo's NSFW Instagram account for a taste of what most magazines, this one included, won't publish.) "With the narrow parameters and restrictions of editorial art—and it's getting narrower and narrower with the trajectory of political correctness—I need my sketchbook to draw with a certain amount of freedom." Cuneo's latest book of sketches, Coping Skills, will be released by Fantagraphics later this year. 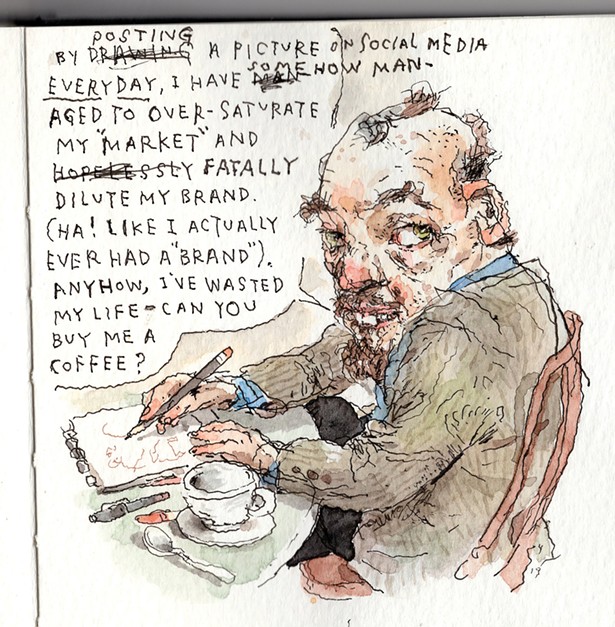 On the Cover of Chronogram: John Cuneo's Watercolor Illustration