The birth of the maker movement shook up the national market, heralding a return to the good old days of quality over quantity, craftsmanship over cost. In the Hudson Valley, like across the country, the past few years have seen the emergence of a staggering number of talented visionaries innovating and honing their skills in all areas from cabinetry to fiber arts to lighting design and gourmet food production. The symbiotic rise of regional craft fairs like Field and Supply and Phoenicia Flea have proven a powerful platform to celebrate and showcase the work of these artisans.

For all the lovers of style and function out there, we’ve rounded up six furniture makers in the Mid-Hudson Valley that you should definitely have on your radar. Between them, they make everything from credenzas to beds to swings and light fixtures. If you’re setting up new digs or redecorating, it’s worth visiting these six masters of their craft to see what’s shakin’. 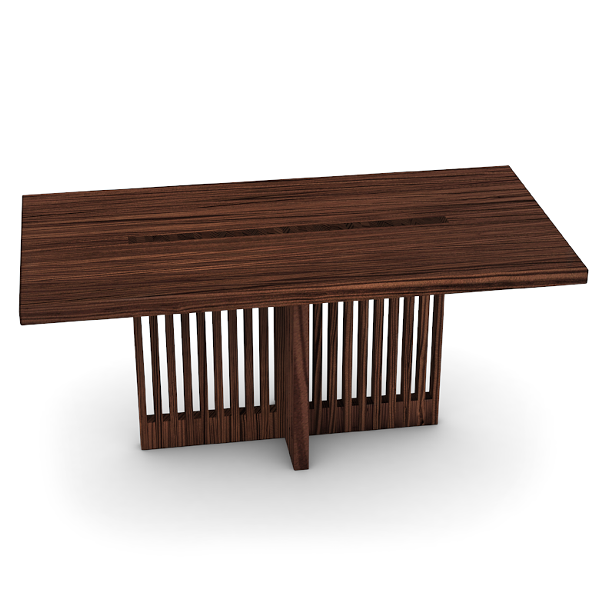 Manhattan-based CounterEv has opened a showroom and factory outlet in Catskill, offering their line of modern, eco-friendly furniture sourced domestically and made in their Kingston factory. Made with reclaimed components like heart pine salvaged from vintage bowling lanes, their pieces are customizable with a range of sizes, stains, inlays, and leg options. CounterEv also works directly with businesses to furnish shops, offices, and restaurants in a way that communicates a commitment to sustainability and style.

B. R. Delaney comes from a lineage of casual carpenters—less fine woodworkers and more handy, around-the-house builders and fixers. Still, facility with wood came at an early age. Delaney had a shop at age eight where he would build and tinker with the little equipment and materials he had. As he got older, his aesthetic was refined by the influences of great craftspeople like Nakashima, Maloof, and Wharton Esherick. Two years ago, he took the plunge from hobbyist woodworker to professional maker, founding Fieldstone Artistry with his wife Amy. Delaney uses locally harvested timber like ash, walnut, and sycamore that he gets from loggers, friends, and friends of friends. Out of his studio in Wurtsboro, he builds custom credenzas, tables, chairs, mirrors, and, most recently, light fixtures for commission. In November, his hanging wood pendant light won a Best in Show award from the Fine Furnishings Show in Rhode Island. His work plays with the juxtaposition of straight lines and curves, creating singular pieces that showcase the wood's natural features. Exaltations of form and function, Delaney's practical, beautiful works reflect his goal of creating "more than just a piece, but an experience as a whole."

Christopher Kurtz is a Kingston-based woodworker, a sculptor and a furniture maker whose work seems effortless. Behind his work's apparent insouciance lies technical rigor and a fascination with negative space. Like the harmony immediately recognizable in the work itself, Kurtz strives for equilibrium between the two poles of his work. He balances the “Earthbound” craft of furniture making with the poetic fantasy of his sculpture work creating an alchemical duality: design and chance, form and function, art and craft. Read our profile on Kurtz.

Michael Robbins' Furniture Showroom houses an array of sleek pieces that mix and match distinctive elements from Mid-Century, Shaker, maker, and industrial styles in an edgy, distinctive fusion. Born and raised upstate, Robbins returned to the area several years ago and, in the solitude of forest, taught himself woodworking. Alongside Robbins' own pieces, the showroom offers futuristic, handcrafted lighting by Allied Maker, which is based in Glen Cove. (212 Main Street, Germantown; 315-761-8010) 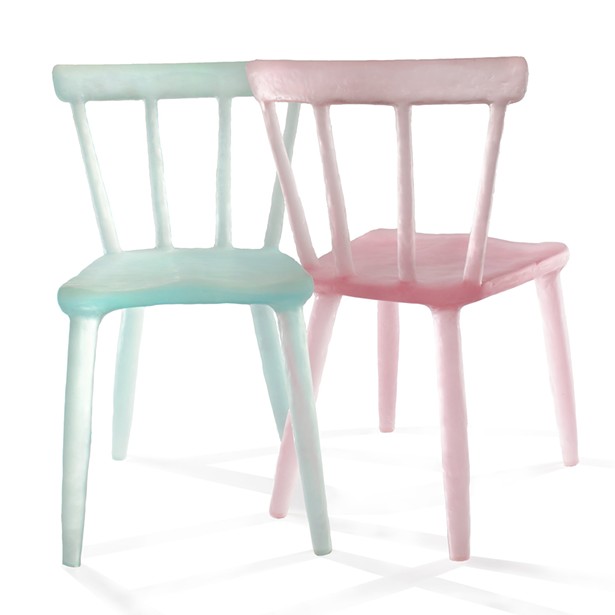 Kim Markel may have abandoned a career in environmental and public policy, but she’s still upcycling. Markel left the DC area to work at Polich Tallix fine art foundry (one of the largest fabricators of large-scale artworks in the US, and incidentally, where this year’s Academy Awards trophies were made), but eventually found herself working out of a studio in Beacon where she works at balancing style with environmentalism. Markel’s Glow series is a whimsical collection of candy-colored chairs, tables, mirrors, and vases coated with resin made from recycled plastic from discarded eyeglasses and old lunch trays. Studio visits by appointment.

Launched in 1993 by power duo Thomas Wright and Joseph Fratesi, Atlas Industries is an innovative furniture design and manufacturing firm that harnesses the engineering, tech, and design backgrounds of its founders. One of their signature combinations is the blend of beautiful timber surfaces with geometric, cold-rolled steel bases, which lend their tables and desks an airy yet solid feel that straddles the line between classic and contemporary. Their AS4 system provides a refined alternative to standard modular shelving units, using high quality lumber and tasteful design to create an endlessly customizable setup that can incorporate shelving, desk space, and storage. Wright and Fratesi have converted the massive 1920s brick industrial warehouse where they have their workshop into a makerspace for other artisans and entrepreneurs, serving also as a venue for art exhibits, music shows, literary events, and film screenings.