While here at the magazine we all like to think of ourselves in a charmingly bookwormish light, it recently occurred to us that, despite our own voracious appetite for the written word, there may be other local luminaries even better-qualified to hand-select your reading lists. Humility is part of our charm, so this month we decided to step aside, and let the local Hudson Valley book-slingers pick their favorite new volumes for your November reading pleasure. 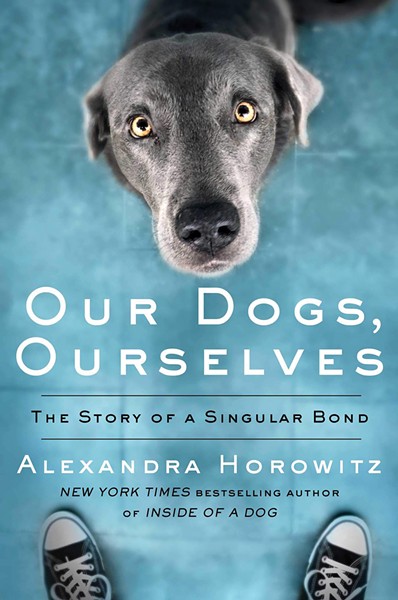 Our Dogs, Ourselves: The Story of a Singular Bond

This clever and thoughtful book will charm anyone who loves or appreciates canines. Horowitz, a Taghanic resident, explores a wide range of subjects, such as ownership and overpopulation, sometimes pointing out the inconsistencies in our relationship with dogs. There is plenty of laughter in this book as well. In one chapter, we follow the author's stealthy record keeping of the often-absurd things people say to their dogs while out for a walk. The perfect holiday gift for the dog lover in your life.

Recommended by Dianne Ortmann of the Chatham Bookstore.

We're big fans of Barbara Bourland's I'll Eat When I'm Dead, in which she hilariously skewered the fashion world and Insta-celebrity culture, so we were already on board for Fake Like Me, her brilliant follow-up novel. Its Hudson Valley setting is just icing on this witty and suspenseful cake. The heroine of Fake is a budding young painter painfully desperate to be part of Pine City, the SoHo art world's "cool kids" table. After years of work, she lands an invitation to their remote upstate retreat. Her persistent self-doubt and Pine City's dark secrets quickly gel into a deeply thoughtful literary thriller.

Recommended by Jesse Post of Postmark Books in Rosendale.

Foxfire Living: Design, Recipes, and Stories from the Magical Inn in the Catskills

It's rare that one encounters a design book that effectively and evocatively combines a relatable, down-to-earth story; stunning photography; and a practical how-to guide. Eliza Clark and Tim Trojian, owners of The Foxfire Mountain House in Mount Tremper, do just that with Foxfire Living. This book serves as an inspiration to every couple—or individual—hoping to transform their solitary, rat-race lives into ones of meaningful (if still all-consuming) labors of love. The authors share how their dream of renovating and operating a hotel became a reality, and combine beautiful images of their property and food—shot by their daughter, a pro photographer—with helpful insider tips. Any book with a "Learn from Our Mistakes" section has our vote. Clark and Trojian will celebrate the publication of their book with a launch party and signing at Rough Draft on November 22.

Recommended by Amanda and Anthony Stromoski of Rough Draft Bar & Books in Kingston.

Part-time Elizaville resident Lisa Lutz has been a reader favorite with her Spellman Files series, as well as standalone novels How to Start a Fire and The Passenger. Her latest literary mystery, The Swallows, is the twisted tale of a boarding school where things are not what they seem. When Alex Witt arrives to teach at Stonebridge Academy she has no idea what she's in for. A total page-turner!

Recommended by Suzanna Hermans of Oblong Books & Music in Millerton and Rhinebeck.

Girl to City: A Memoir

Catskill resident Amy Rigby's memoir Girl to City is a love letter to New York of the '70s, '80s, and '90s in all its difficult, gritty glory, but also to the punk music that flourished there and started her thinking, "Maybe I can do that, too." Turns out she could and she did. You'll be in awe of the shows she's seen and the bands she's toured with, but she's honest about the difficulties of the music industry and life in the city—it makes you root for her all the more during her addictively readable adventures. (Full disclosure: Amy works here, but her book is great even if she didn't.) 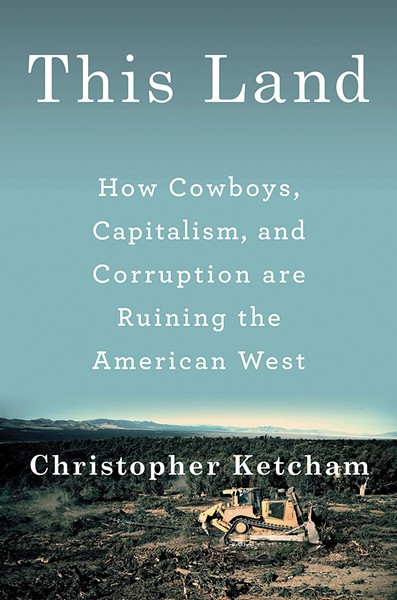 This Land: How Cowboys, Capitalism, and Corruption are Ruining the American West

What our Earth needs most pressingly right now is a new Edward Abbey or Rachel Carson to shed light on the few corners of the globe that currently remain pure and free from mankind's destructive footprint. For the 500 million acres of public lands in our country, that environmental warrior is respected journalist and Margaretville resident Christopher Ketcham, whose book This Land makes the case for protecting the areas so vital to the ecosystems that depend on them. Ketcham rips the lid off the US Forest Service and Bureau of Land Management, whose job it is to protect these areas but instead has caved to the interests of industries intent to plunder resources from lands already stressed from unnecessary grazing and recreational development. Written in a personable style, Ketcham is a brilliant tour guide to the grievously vulnerable wonders of the still wild American West.

The Golden Notebook will host Christopher Ketchum for a reading and signing on November 24 at 3pm.

Recommended by James Conrad of The Golden Notebook in Woodstock.