Places to Dine and Drink in the Hudson Valley this October

Fall in the Hudson Valley means there's no shortage of food and beverage-themed festivities to keep you busy (and well-fed) while it's still warm enough to wander around outside, throw in some educational classes, and a few new restaurants and you'll have all the dining plans you could want until November.

Read on for our October sips and bites recommendations:

Popular food blogger and photographer Peter Barrett is teaching two new classes this October. On October 5 at 2pm in the Hillsdale General Store, Barrett will demonstrate three different methods of pickling: Japanese-style pickling, classic vinegar-brine pickles, and lacto-fermentation. Attendees will make a jar of tasty pickles during the class that they'll be able to take home along with bragging rights. On October 6 at 1pm at Bluecashew Kitchen Homestead, Barrett will teach about fermented beverages from sodas, meads, and country wine. There will be samples for attendees to taste and to take home.

Related DIY Your Own Natural Sodas and Meads Like a Pro: A Guide

DIY Your Own Natural Sodas and Meads Like a Pro: A Guide
Follow food writer Peter Barrett’s lead, and craft your own seasonal sodas and meads.
By Peter Barrett
Recipes 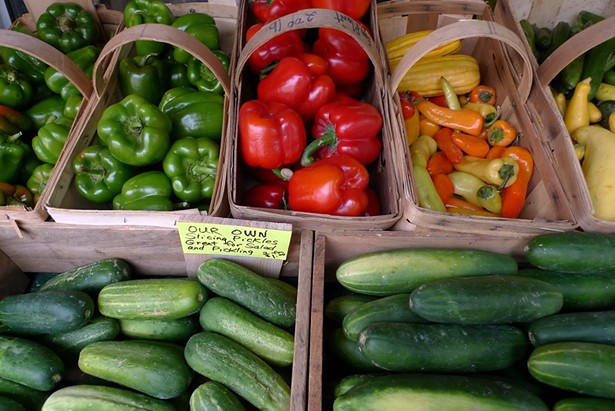 The Hudson Valley's annual festival of all things vegan makes its Ulster County debut this year, setting up shop in the back room at BSP Kingston. This celebration of plant-based eating, and its growing social and economic impact, was started in 2017 by Sande Nosonowitz and Rebecca Moore. This year, taste-test sustainable and vegan foods from over 40 Hudson Valley vendors, such as Gone Pie Vegan Bakery and Kingston Candy Bar. Drop in on presentations about the ethics of veganism, watch live cooking demonstrations, and explore the artistic side of the festival with live music and art displays. October 19, 11am-8pm, and October 20, 12-5pm.

Brew U at the Culinary Institute

You could drive all over New York State hunting down exceptional craft beers and meeting the folks who make them, and you'd probably have a wonderful time. You could—but you could also just head to The Culinary Institute of America on October 19 for their annual event, Brew U, which gathers two dozen of the state's finest for a symposium on beer brewing and appreciation. This year's festival will feature four seminars on topics ranging from home-brewing to sake, and the CIA will be giving tours of their own onsite brewery. October 19, 2–5pm. $25-$120.

Related Thirsty for Knowledge: The Culinary Institute of America's Brew U

Warwick Valley's black dirt is an emblem of fertility and abundance, so it is no surprise that the region has a vibrant and enduring culture of harvest festivals. The village's annual Applefest celebrates its 30th anniversary this year. What started in 1989 as a humble town event has grown into a massive state-wide attraction that draws over 30,000 visitors annually. Aside from tasting and buying all things apple from the dozens of food vendors, browse the local farmers' market, or participate in the apple pie contest. The festival will feature over 200 craft vendors, 50 local nonprofit exhibitors, live music, and a children's carnival spread out through the streets of downtown Warwick. October 6, 9am-5pm.

New to Hudson, Lawrence Park, which had its soft launch in late September, leads with strong farmhouse kitchen vibes—a long, wide-board communal table, vintage rustic-patterned dishes, exposed brick, and wooden stools. Opened by hospitality veterans Matt and Margie Colvin, the bar brings together a light menu of cheese, charcuterie, and bar bites with a heavy-weight beverage program that features small-batch natural wines, craft beers, and refined, thoughtful cocktails. The space manages to feel intimate and cozy while being capable of accommodating over 125 guests between the main bar area, rear lounge, and outdoor patio. October will see the launch of Tiki Tuesdays—a playful celebration of exotic flavors and over-the-top drinks. Get there first.